Lunch on Ikei Island -- What an Experience ! 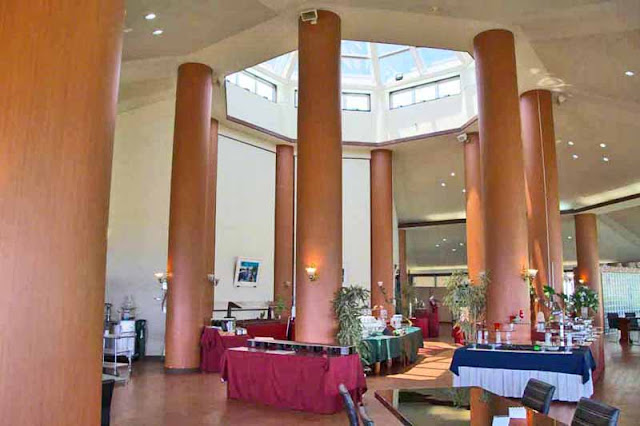 Would They Even Let Us In ?

Out doing some research on outer islands, today it suddenly became lunchtime.

Doc and I had been kicked off one beach because, we didn't feel like paying for parking.

Some resorts can be pretty snooty. Dontcha think ?

This place had two (unattended) guard shacks with signs warning, "Hotel Guests Only."

At the Hibus Restaurant, we were greeted and, got permission to enter. 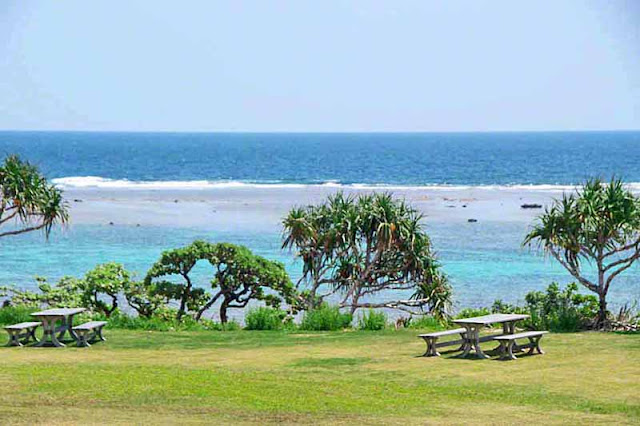 The first customers, any table inside the place, was ours for the asking.

So, this ocean view was selected, where the scenery was nice and, air-conditioning felt good.

Normally, you don't catch me, going into some five star resort, to grab a meal.

The menu had all sorts of items, you could select from and, prices, weren't too outrageous. 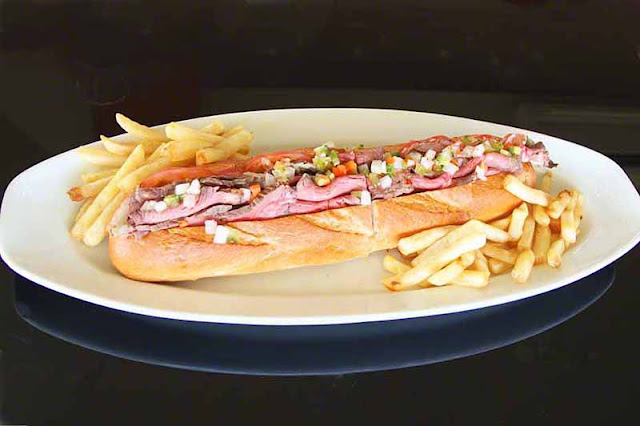 Earlier in the day, on another island, I laid my flip-flop on the road, to shoot a photo.

It gives the viewer a sense of scale. The snake, was easily four times the size of my shoe.

That, you'll have to view, some other time. It would ruin your appetite, I bet.

Anyhow, I thought of placing one of my footwears, up there for this image.

But, it was sorta a high class place and, they might have gotten upset with me.

That roast beef submarine sandwich, was probably larger than one of my feet.

Talking about it, I think it was the first time, I had eaten a roast beef sandwich in a long time.

As a matter of fact, I don't think I've ever had one on any Okinawa island, before.

Doc and I, will probably be going back, to visit the AJ Resort on Ikei Island, again and again.

Our little ladies probably, wouldn't enjoy it because, they're always on diets. Hah.
Posted by RyukyuMike at 3:33 AM