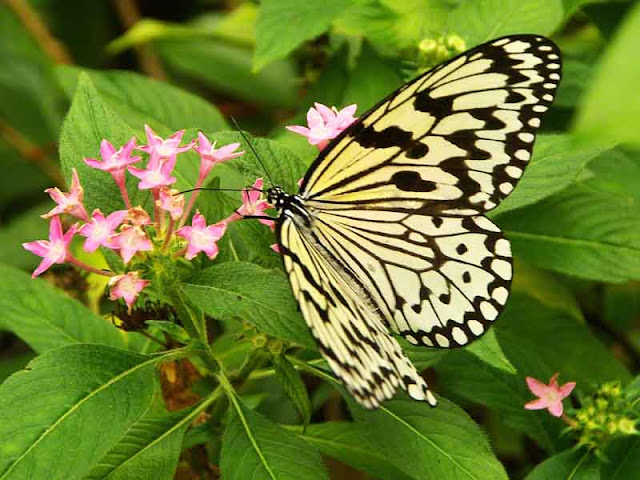 The Rice Paper Butterfly above I had photographed and researched before.  Also known as a Paper Kite (Idea leuconoe) it is the largest butterfly in Japan. 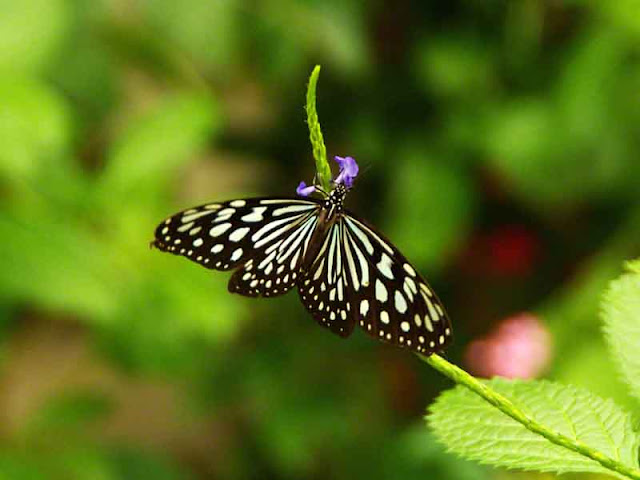 This little guy, I had seen before but never bothered to try and identify. 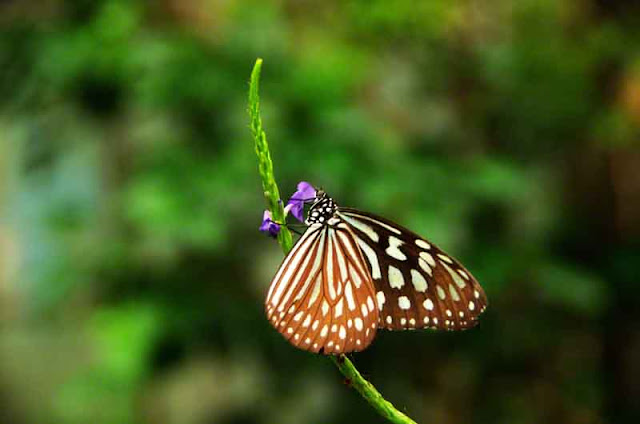 Chasing them around with a tripod and the Pentax K5 using natural light was fun. 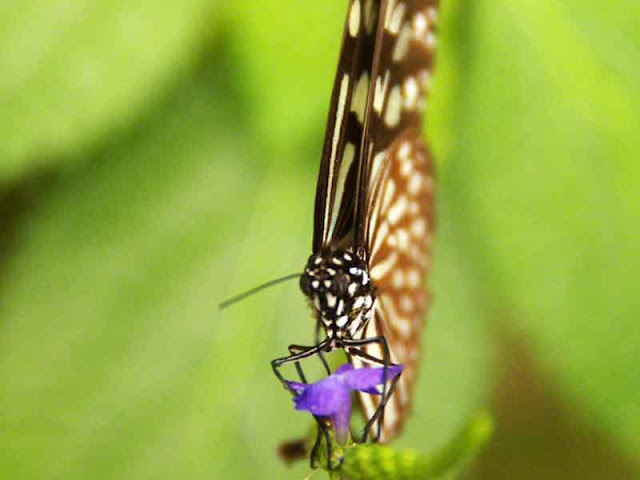 These photos aren't what I'd enter in any sort of contest. 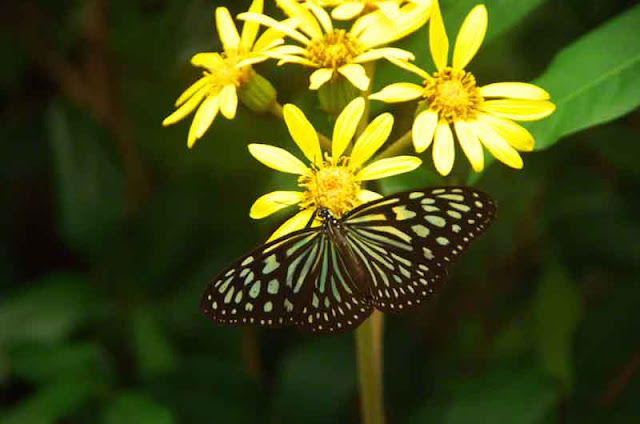 And they aren't something I would print and frame for sale. 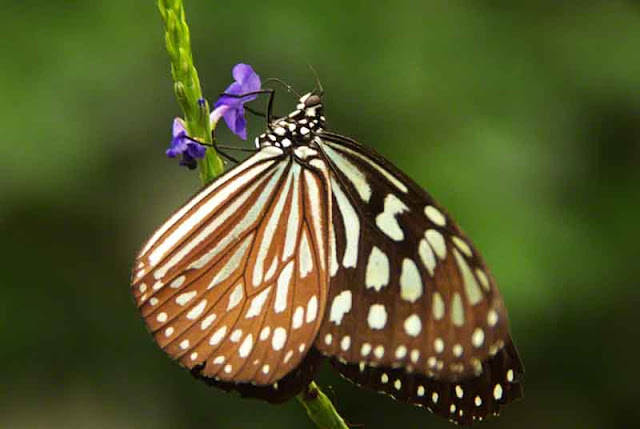 That MASTER OF DISGUISE: THE BLUE ADMIRAL that looks like a dead leaf sometimes,
is really this character when he's in the blue mode.

Locally, he is better known as the RYUKYU ASAGIMADARA

The scientific name of this species is Ideopsis similis but, go ahead and call it a Blue Admiral, if you like.  That's what I plan on doing from now on whenever I get a chance to speak english.

Posted by RyukyuMike at 4:14 AM