Celebrating 750,000 Views at a Live House in Okinawa 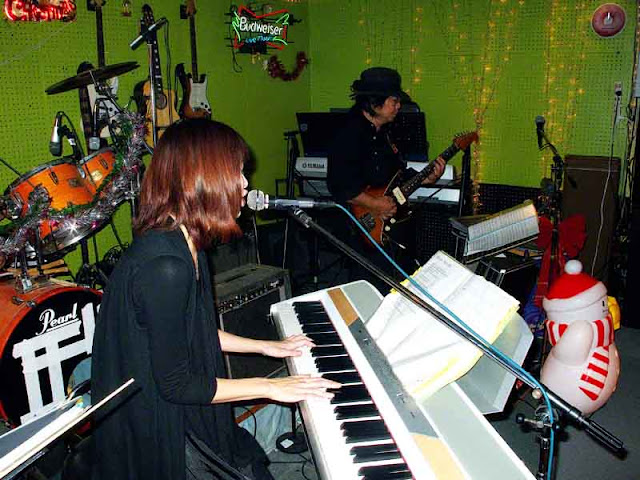 What better way could a guy celebrate 750,000 blog views than this ? 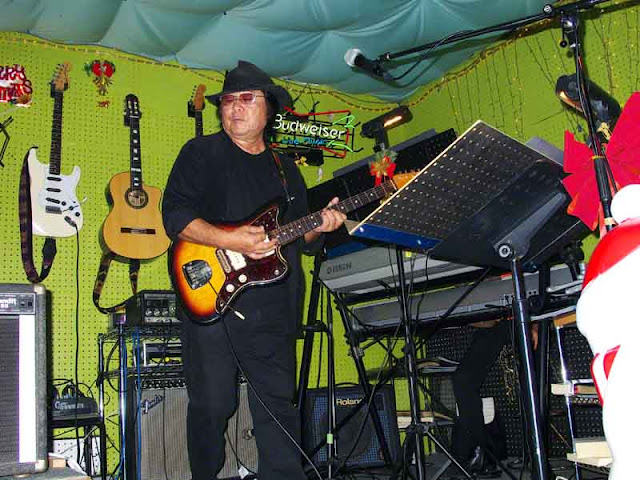 He has a band and Live House not far from my bar.

So, last night after consuming way over the daily recommended minimum of beers,  I decided to go visit Boss's place.

Don't ask what possessed me to bring a camera along.  That's not recommended but, I did it anyway.

Boss is an alright dude who picks a mean guitar. 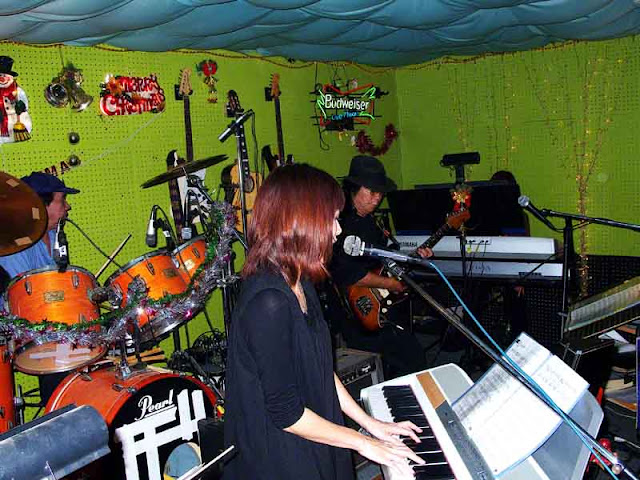 He lets me get right up on the stage where I can zoom in on the action.

That pretty girl is Aki.  She plays the keyboard. 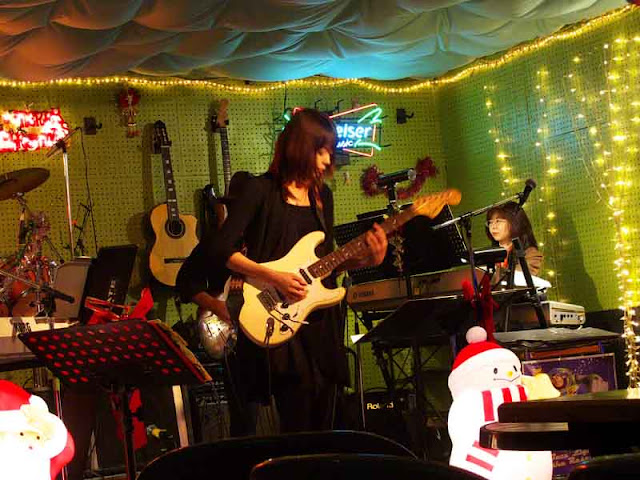 She plays the guitar. 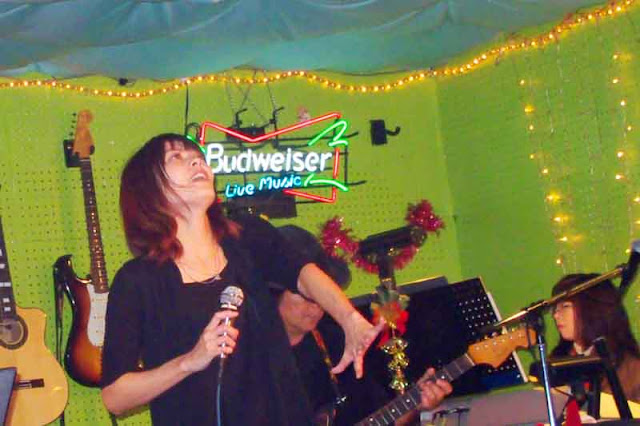 Plus she sings and dances better than anyone in town.

One of these days, I promised Boss, I'll go back over there with a tripod and no beers in me.

Then, do some professional shooting.  These photos were taken with my little CANON G12.

After I lost my balance and fell off the stage a few times, I took several more beer breaks.

Not wanting to let a good opportunity go to waste, I handed the camera to RyukyuRu.

He took 75 photos, or so, and I'm waiting for him to show up to get the files off my computer.

If we're lucky, he may do one of those MAP IT OKINAWA posts on this Live House.

I hope so, because, to tell the truth,  I don't even remember the name of the place !

Gotta go way up north and try to shoot a lunar eclipse tonight.

Why aren't there any pictures of you out there on the dance floor gettin' jiggy wit it?

The best nights are always the ones you can't remember Mike, like most of my weekends.

Gave you some SU love on this one.

FishHawk,
Jiggy, was walkin for me last night.
Not sure if I jiggied or crawled home this morning.

Ryan,
The best mornings are when I wake up before the sun and don't feel like something crushed me. Didn't happen today.
Thanks for the promo, always.

Laura,
Thank you. It's been a long haul but, finally gotterdun. Reckon it'll hit a million someday?