What's Wrong With That Picture? (Photo) At The White Castle 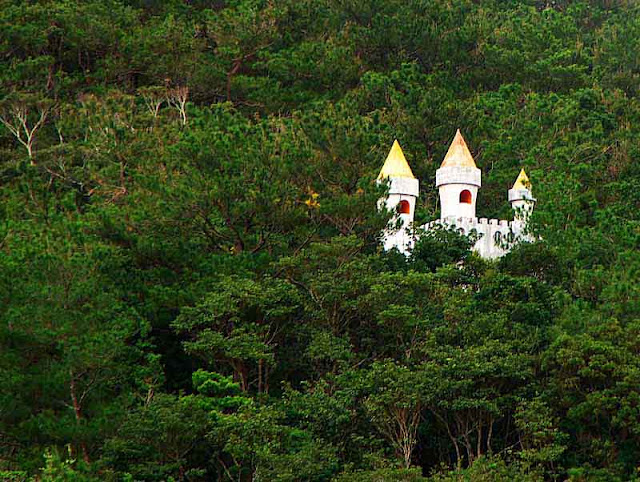 This picture took some time.  We don't have many white castles for me to get photos of in Okinawa, Japan.

I really needed one for the sad story I'm about to tell you.

Yesterday I got lucky and found this white-looking castle in a park on a hill.

There's this poor fat stockbroker guy named Martin Kessman who banged his knee on a table at a White Castle hamburger joint in New York State. They didn't make the tables to accomodate fat, clumsy people of his caliber.  So, the dude figures he should take the hamburger flippin' folks to court.

He wants to use the Americans with Disabilities Act to sue the fast food place because, um....

Just, I know plenty of people with real disabilities.  And it got me wondering if that poor stockbroker was born that way.  Er, did someone stuff enough hamburgers down his throat to make him a 290 pound, American with Disabilities.  Poor fat guy.  Dang.  I almost cussed.

Remember, I don't want to know what's wrong with this picture.

Go over and see this high caliber, New York stockbroker squeezed into a cafeteria table.

It could be at a Dunkin Donouts, an ice cream parlor, pizza joint or another hamburger joint.

THEN, COME ON BACK OVER HERE AND TELL ME

WHAT'S WRONG WITH THAT PICTURE ?


SEE MORE POSTS TITLED: WHAT'S WRONG WITH THAT PICTURE?  IN THE DOOZIES

What's wrong with that picture is that litigant Mr. Martin Kessman is seated at a table at a White Castle, if I am not mistaken.

paulfrank,
Where's Judge Judy when we need her?