Photos of the Things You See Along the Okukubi River 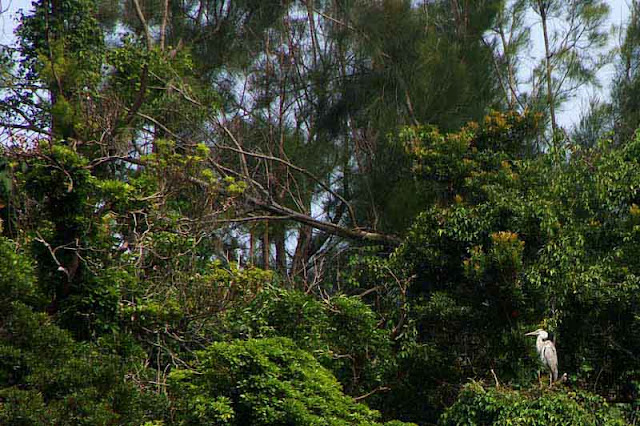 This series of photos was taken in less that two hours along the Okukubi River in Okinawa, Japan.
There's a Grey Heron posed in the corner of this photo so I could show off the blue sky. 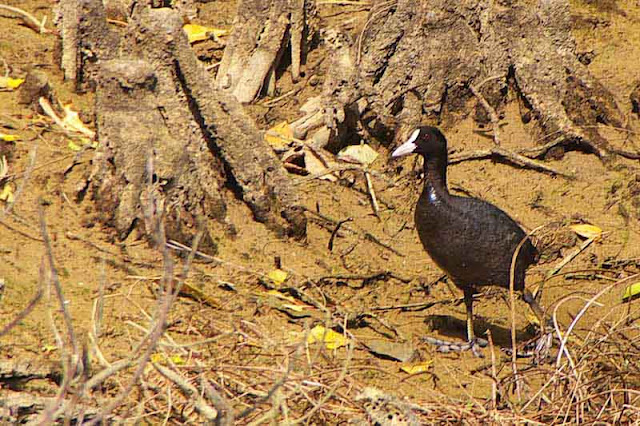 A little farther into the mangrove forest was this Coot. 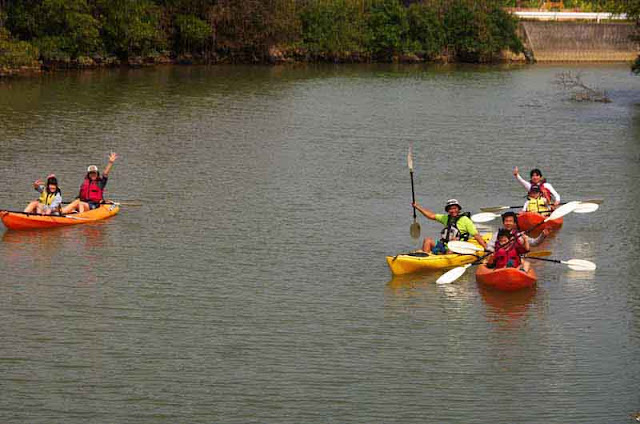 Some real friendly Eco-tourists smiled and waved when I signaled asking to take their picture. 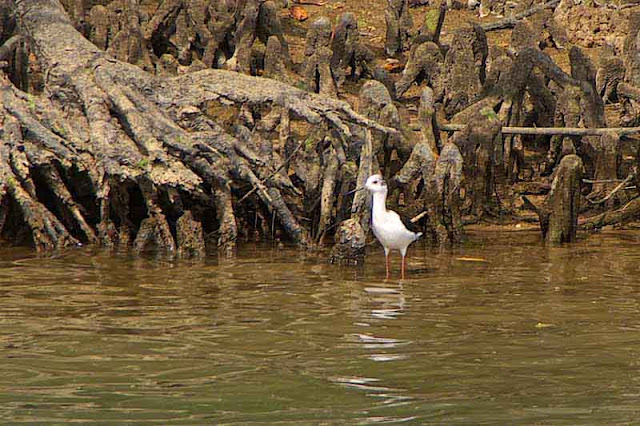 Next, I spotted this Black-winged Stilt and shot him. 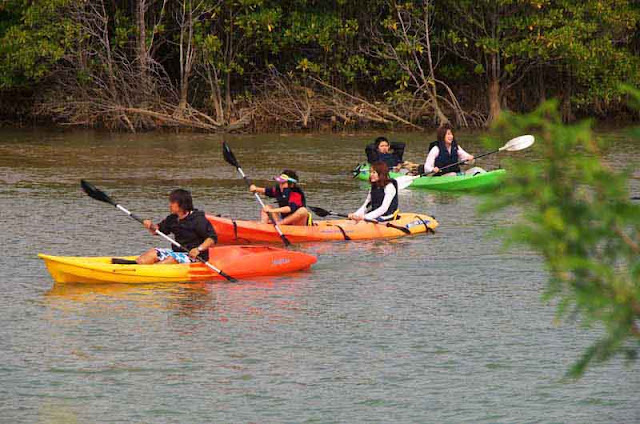 Look at that dude in the last kayak.  He's relaxing while she's paddling.
I bet they're on a honeymoon and it just ain't over, yet.
He'll learn.
Soon. 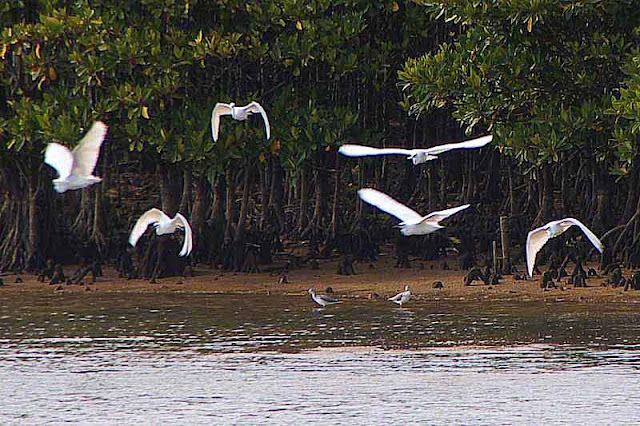 It was 2:41PM when that first photo was taken.
These Egrets took off at 4:02PM
and so did I.
Visit my homepage for the PHOTO OF THE DAY

Posted by RyukyuMike at 2:26 AM

Not sure if the green kayak guy is brave or just plain dumb...

I think she may be planning to drop him over the next waterfall.

Ryan,
Nah. They had that honeymoon glow about them. He'll learn, sure 'nuf.

Mike, Okinawa must be bountifully blessed by God, I’m sure !

It seems to have some of the most beautiful natural landscapes - waterfalls, mangroves, greenery, rivers, streams, birds ... and animals, I’m sure - though I’ve seen only a lot of birds in your blogs and posts !

Any place where it rains a lot is sure to be bountiful indeed.

In an arid, desert place like the Sultanate of Oman, it drizzles slightly, say, once in about 2-3 years !

Now imagine that and you will grasp the full meaning and awe expressed in my opening sentence !

Mike, you must tie-up with your local ‘Okinawa Tourism Development Authority’ (if you’ve not already done that) for a tidy sum as you are promoting Okinawa as a very desirable and ideal touristic destination, for your followers from around the world !

Well done and keep it up !

Sumitran,
Thank you very much. You speak with a silver tongue and should be running the country you live in !