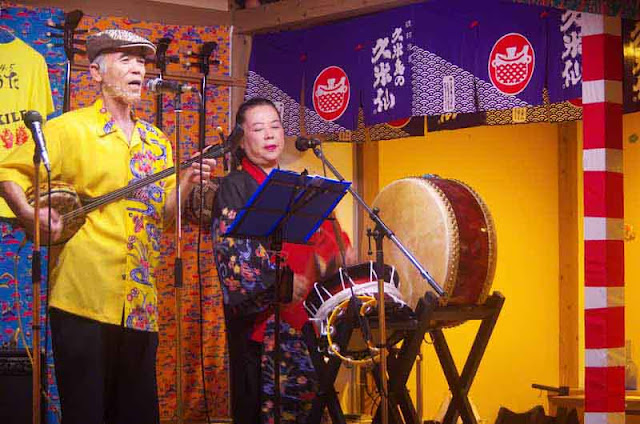 Mineo is what you could call Okinawan Folk Music. 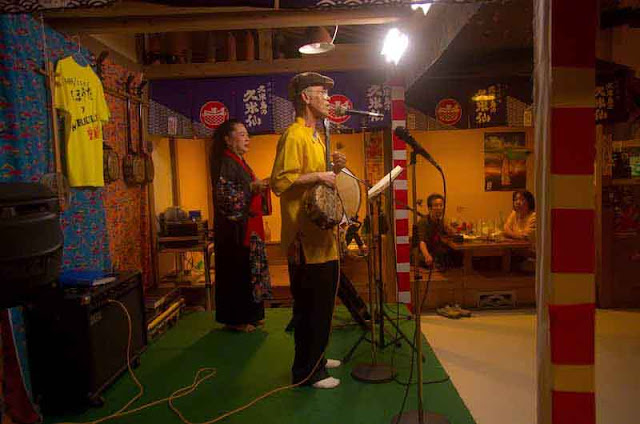 This band plays in a place named Shima Uta on HWY 58 somewhere in Onna Son Okinawa.

So, for now, I figure that's the band's name, too. 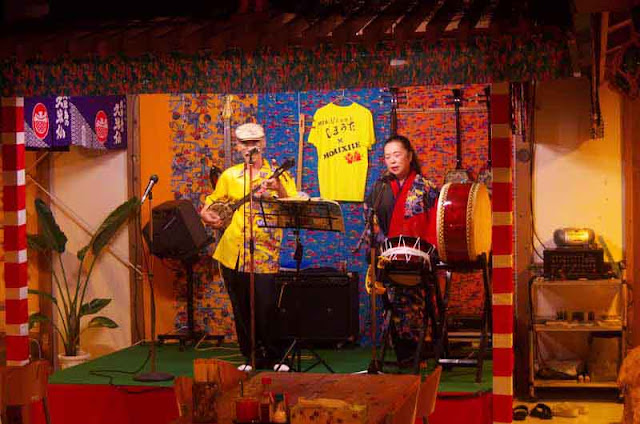 Going there with the crowd I was with and taking the camera made it a rough night. 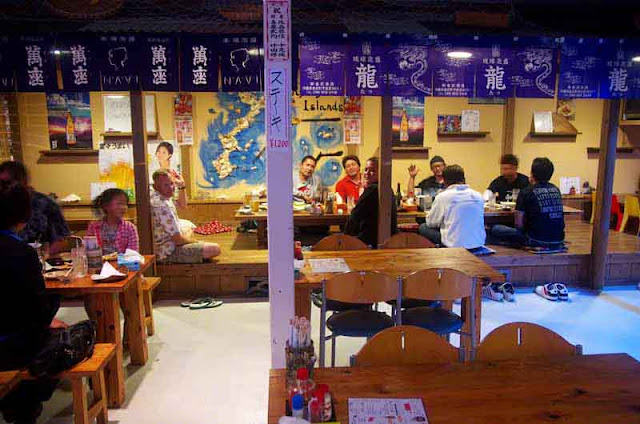 RyukyuRusty, RyukyuRu and a whole bunch of family Ryukyu dudes were there. 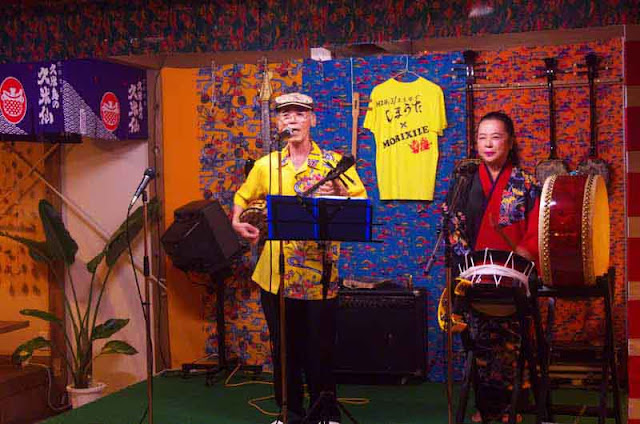 I had to shoot as many photos as I could, as fast as I could.

Then, drink massive quantities of beer to try and catch up with them.

What I plan on doing next, is print a few of the best photos for the Shima Uta.

Then, I'll ask them their names and what the name of the band might be.

Because after that night photo shoot, I'm lucky I still remember my own name !

Posted by RyukyuMike at 4:28 AM