Azaleas Are Blooming in Higashi Village

The Ryukyu Dudes went up to Higashi in Okinawa, Japan to check them out today. 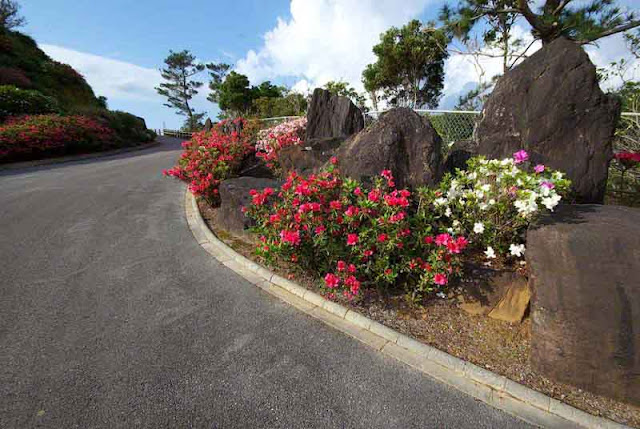 Tonight I'll post 10 photos, quick because there are many more waiting development. 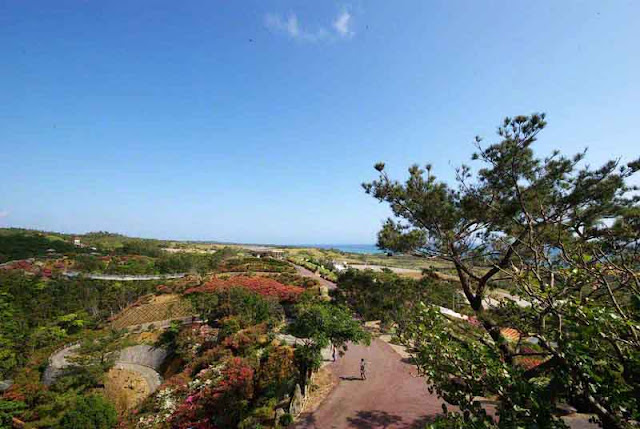 First, you should get a look at the surrounding area. 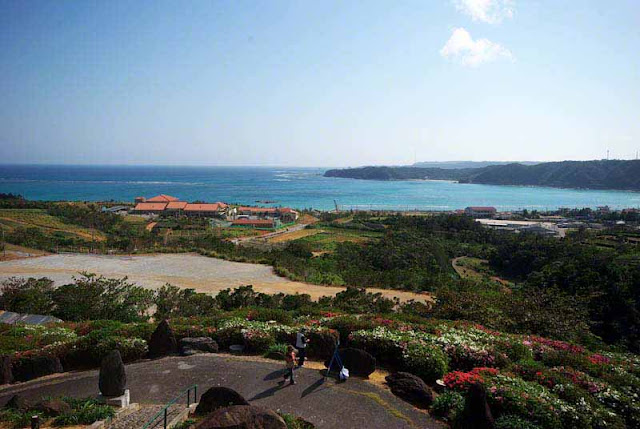 These shots were taken from the observation tower. 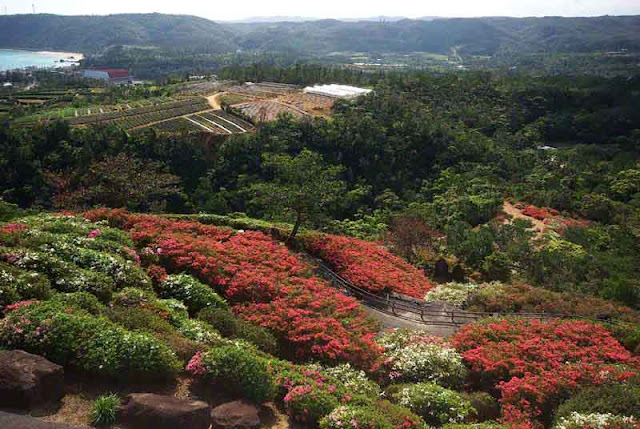 Blue skies, blue seas plus, it was hot and hazy. 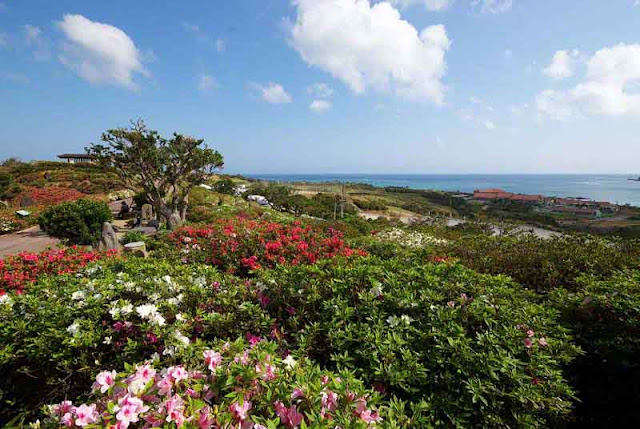 What more could you ask for ? 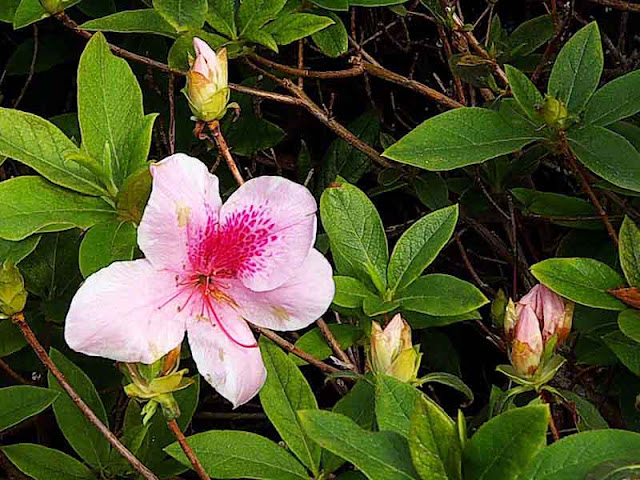 A wide angle lens was all I carried into the place but, here's one close-up for you. 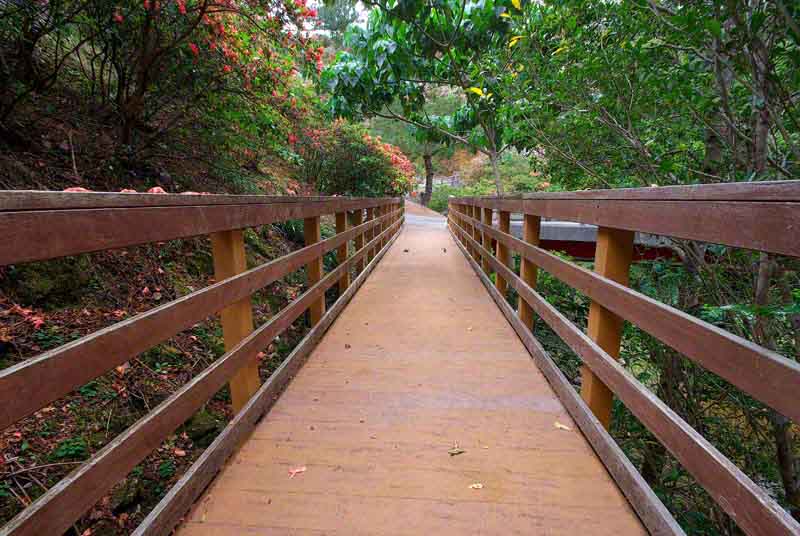 There was this neat shelter I stopped in to get out of the sun for a break. 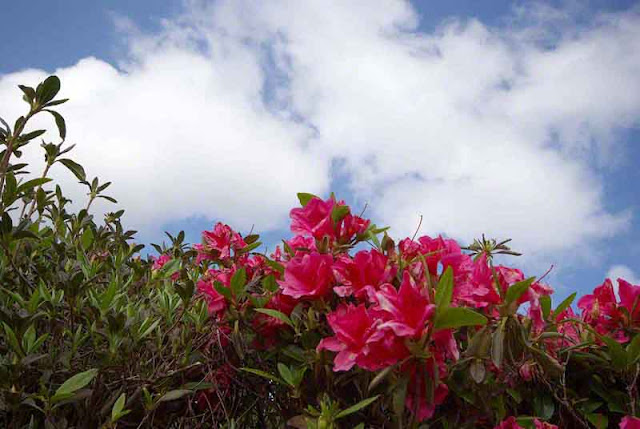 Then, it was man against the elements.  I went back out there to shoot some more. 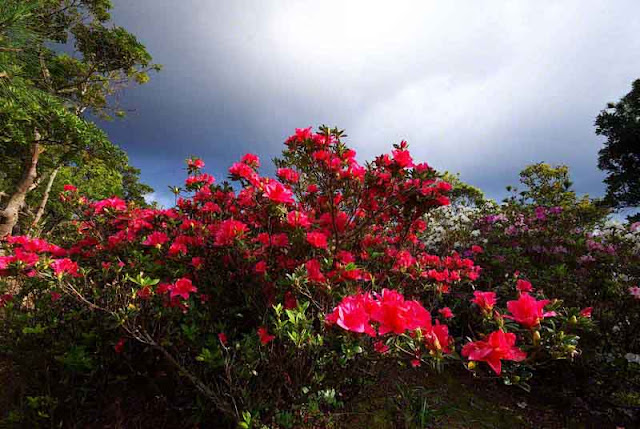 When it started looking like the elements might get the best of me, I panicked and ran. 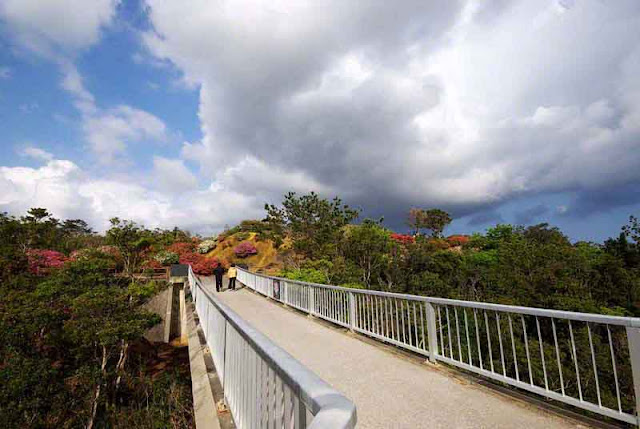 Other brave souls were still coming in and walking across the Azalea Bridge.

Well, it never did rain while we were there but, we had other important stuff to do.

The 2013 Azalea Festival goes from today, until March 20th.

If you happen to be a flower fanatic,  get on up there.

And, it might be a good idea to carry an umbrella !

Map It Okinawa has excellent directions and admission information.

Posted by RyukyuMike at 5:16 AM

So beautiful. Wish I could see these flowers, but sadly they don't grow here.

Sherry,
One of these days, you'll have to hop on a plane and bring your cameras. I'll be your flower-tour guide !