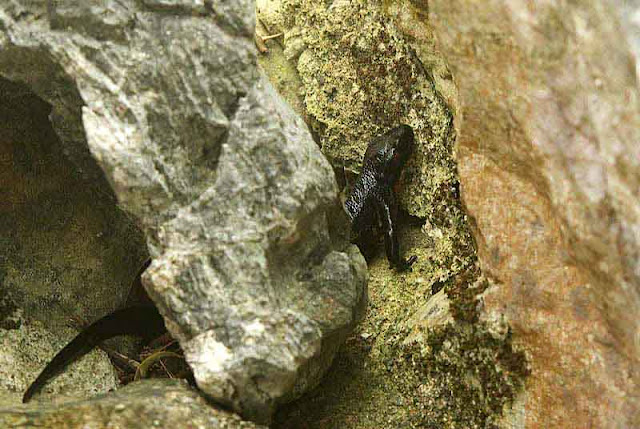 This photo was taken up in the hills of Okinawa, Japan.

It was one of the few times I've ever seen one of these critters out of the water.

So, I squatted down low, with the Pentax K5 on a tripod and used the big Sigma to zoom-in.

The Sword-tailed Newt is on the IUCN Red List as Endangered, I learned on ARKive.

Folks should do something about these animals, before humans become endangered, too !

Posted by RyukyuMike at 3:16 AM