Every Photo Has a Story

This photo was taken on the west coast of Okinawa, Japan.

The location isn't exactly where I would have gone to shoot a sunset. 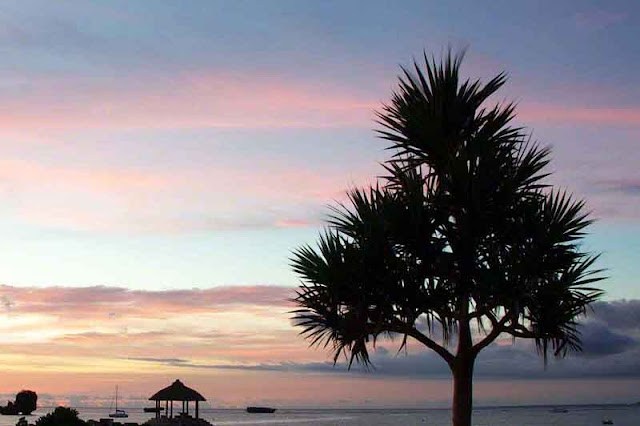 But, I had some time to kill and decided to make this composition.

So, I showed him the image on my LCD screen.

He was carrying a point and shoot camera.

It was a fancy model.  He claimed, designed for shooting in low light.

He said he remembered me, from one of the outer islands.  I didn't remember him.  Groan.

Then, I mumble to myself something about pretty girls in bikinis.

Anyway, on with the story.

The guy said the photo I took, reminded him of Tahiti.

Well, I couldn't argue because, I've never been there.

But, the thought occurred to me, "I wonder if thought he saw me there, too ?"

Watching him try to compose the same shot I had taken, I noticed he couldn't hold steady.

So, I told him to rest his camera on my tripod and he got a somewhat similar shot.

He thanked me and, went on his way.

Now, I'm wondering.  Does Tahiti really look like that ?

If it does, I have a suggestion for the Mayor of Onna-son.

Get some girls in bikinis !