Tug-O-Wars are Held Everywhere in Okinawa

Except for the size of the rope used, they are all pretty much the same.

Some challenges are made, before the ends of the ropes are looped together.

Teams from the east side of town pull against those from the west.

What made this one different, was the people we met along the way. 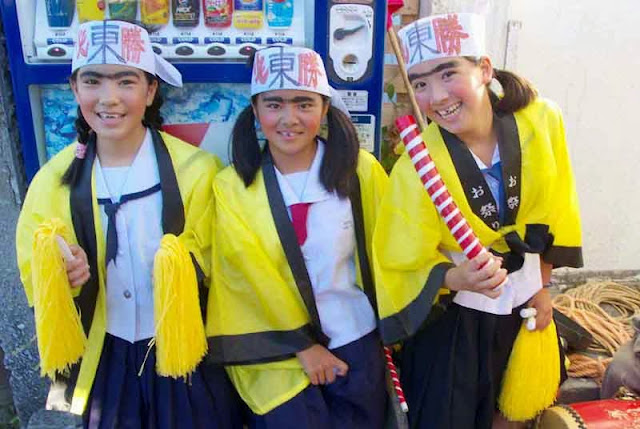 Young gals who were proud of making themselves look like old hags. 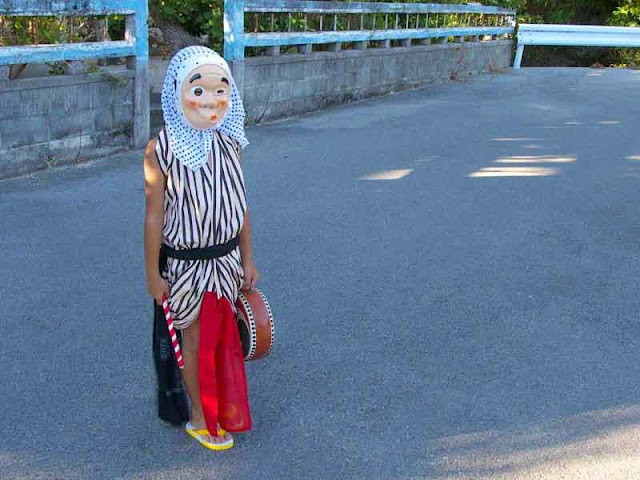 There was a little guy making believe he was the village idiot. 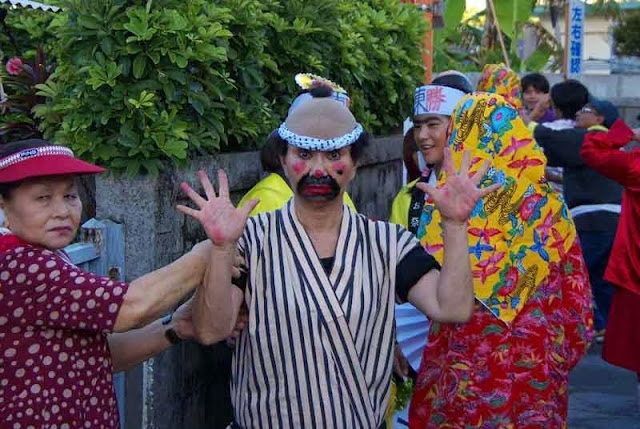 Not sure if this was a man or, woman, I kept my distance. 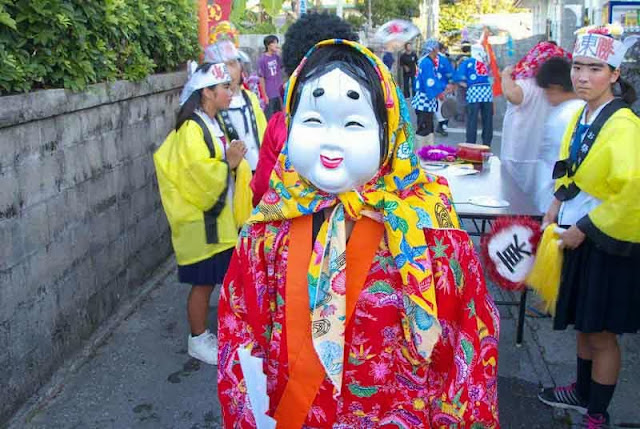 They were, all friendly people and didn't mind the camera, being pointed their way. 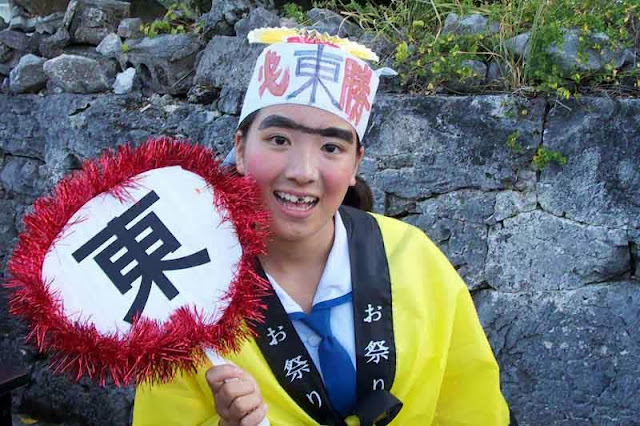 This gal was so proud of her blackened tooth, I had to take a second photo of her. 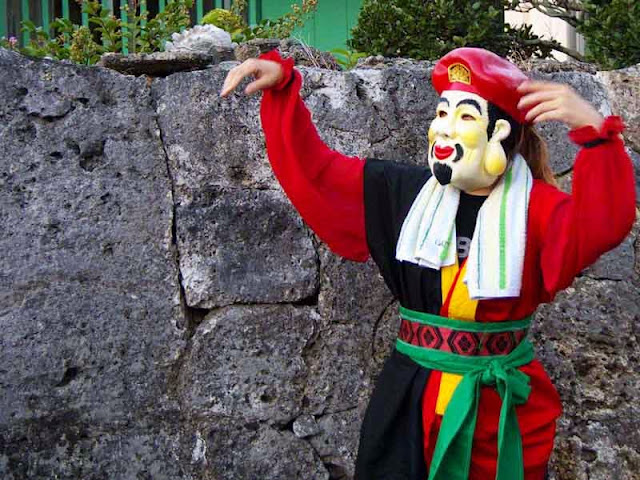 People were decked-out in all kinds of bright colors and dancing in the streets. 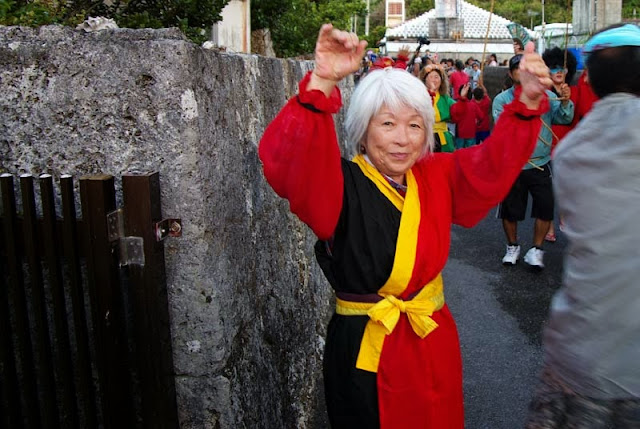 This sweetheart was heading into her house by the time I caught-up with her.

But, she ran back out the gate so I could take her picture, dancing outside the yard. 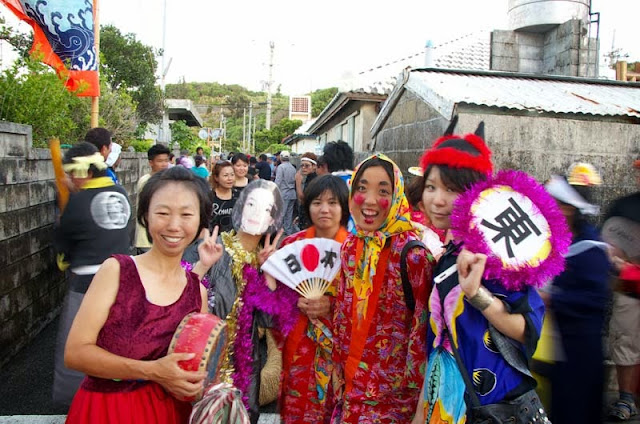 The gal on the far left had some huge Dolly Parton-looking boobs on earlier.

She kept apologizing because they disappeared, somewhere along the way.

So, I told her not to worry.  I don't have any boobs, either.

That got them all laughing. 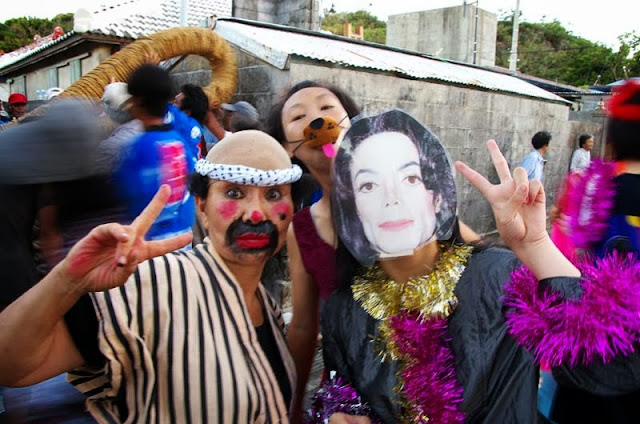 Somebody told me one of those characters was Michael Jackson.  I'd have never guessed. 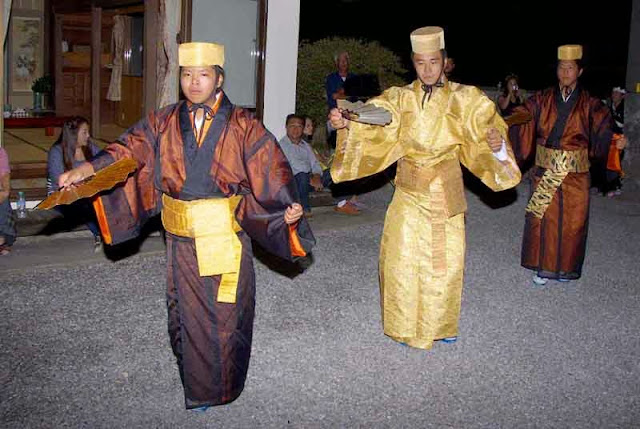 Late in the evening, way after the tug-o-war, formal dances took place. 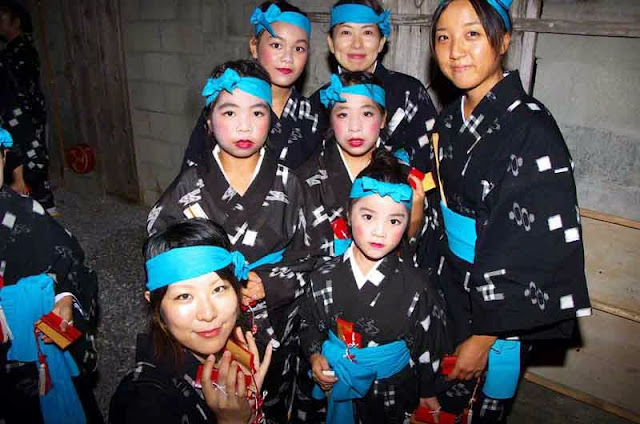 Some of these same gals might have been characters, earlier.

Face recognition, is something I must have been born without.

That means, I'll probably never get hired by the FBI. 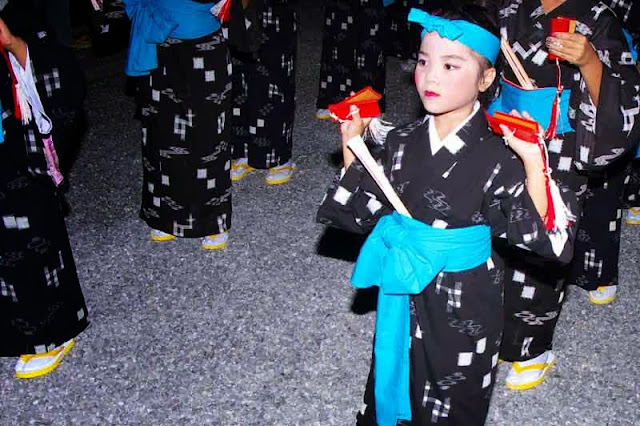 Seeing all the costumes and, watching the dances, was more fun than the tug-o-war.

The tsunahiki (綱引き) is an annual tradition in many villages throughout Okinawa.

They are held in the belief it will be a prosperous year for crops and good health.

The people of Hamahiga just, know how to do it in style !

Posted by RyukyuMike at 2:02 AM