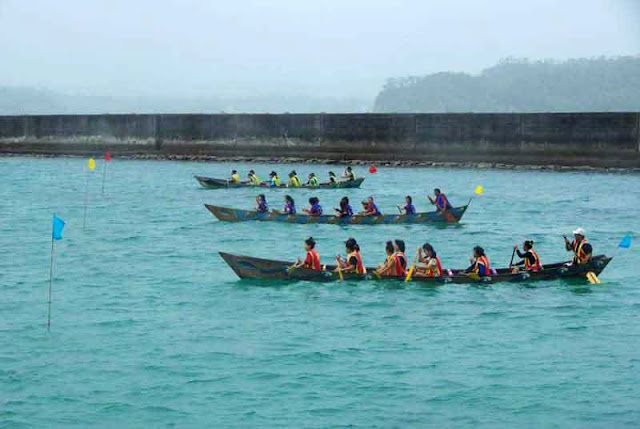 It's been a long, hard, hot weekend in Okinawa, Japan.

Today, we were at a cultural event, called an Unjami, on Kouri-jima.

The last sanabi boat race took place around two, in the afternoon.

With the exception of one dude, steering, in the back of the boats, the teams were all girls.

Just before the race started it began raining.  But,  I  thought that was pretty cool.

People with Canon and Nikon cameras don't like rain because they aren't waterproof.

They run and hide their cameras so they won't get them wet.

Pentax, makes cameras that work in the rain.

The only thing you have to do, is keep the raindrops from spotting-up your lens.

Mine got water drops on it a few times today but, that doesn't stop me.

All you need is a soft cloth to sponge off the drops.

Then, look at the lens and see if there's any moisture left on it.

Turn around and look at all the Canon and Nikon people, hiding their cameras.

Then, hold the lens near my beard and I say, "Hah" real loud.

It dries my lens so it looks brand-spanking new.

And, I get back to the business of shooting gals paddling their sabani boats in the rain.