Two Trips to Kinkannon-ji Temple in a Day 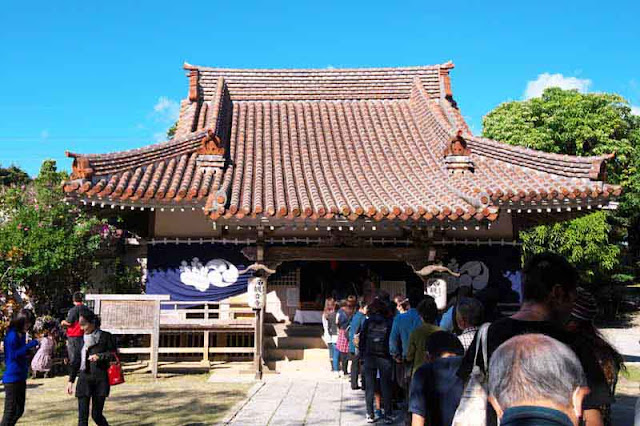 Rituals Last About a Week

There was a line of people, stretching out into the street, when I went this morning.

The temple is only about a two minute walk, out behind my office.

Going to work, with a massive hangover from last night's celebrations, I stopped by.

The first visit was, without a camera.  I just wanted to see how busy the place might be.

If, it wasn't crowded, I would have let the wife know and, we'd do our shrine thing.

She prays and, I make believe then, we toss coins in a box and grab our fortunes.

But, she doesn't like waiting in lines, any more than, I do. No sense rushing.

Across the Street They Have Festival Tents 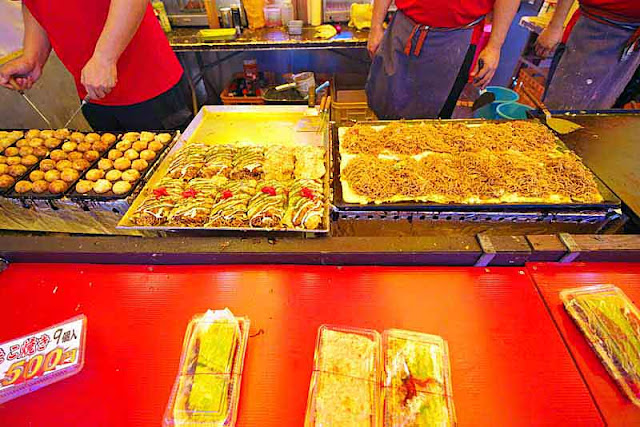 It seemed like a good idea, to buy some food and bring it to work.

Not a big fan of greasy festival things, I settled for some yakisoba, to munch on for brunch.

The fried noodles, meat and vegetables, would wait about an hour before, I got to them.

Computers needed to be fired up and, I wanted to change calendars for the New Year.

The plastic, takeout orders come in, Doesn't look microwaveable, to me.

So, I scrapped all the food into a Tupperware container before, nuking it.

A minute and a half later, I began shovelling the meal down and, it was delicious.

So good that, I thought of writing a review on this delicious festival food.

Not, the brass kind, you hear in a marching band.  It was my rear end !

Some verification, will have to take place, in order to determine what caused this situation.

Massive quantities of beer had been consumed, over the holidays so, we're not sure.

It wouldn't be fair, to blame it on that chef's mouthwatering yakisoba.

Should, we not have a recurrence with the same effects, blame it on the beer.

Back to the Temple

Once things started getting organized at work, I realized something.

None of my cameras, had been outside, since last year.  Some photography was in order. 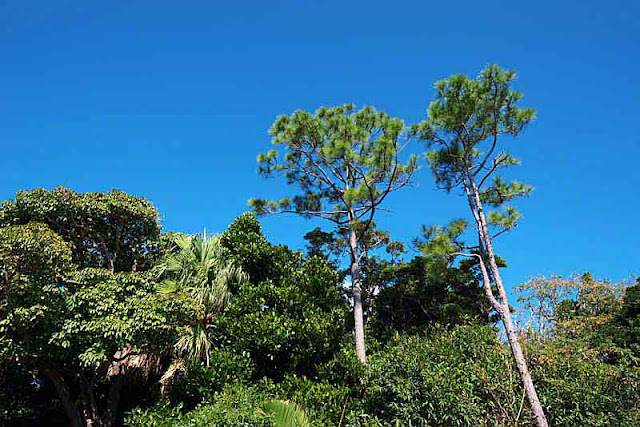 It seemed, like the crowd at the shrine, was never going to die down.

It was an unbelievably beautiful day but, I wanted to avoid people, as much as possible.

Walking around the temple grounds, I greeted a few folks, wishing them a Happy New Year.

Little old ladies like, to come up and joke with me. Some wanna touch my beard.

When, they hear me, speak their native language, some of them start cackling.

If, you haven't taught your younguns, not to fart in church, you should.

Teach them this trick, for when, they feel one coming. Tighten up your ass muscles.

Hang on and take short, little steps until, you get outdoors. Works for me. 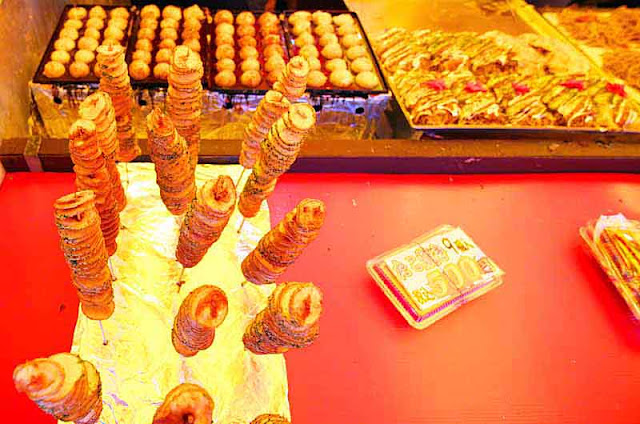 Weaving my way, slowly through the crowds, I finally got back across the street.

Something in my stomach, told me, it would be best, to leave the temple grounds.

So, I went around the tents, acting like some kind of a foodie photographer. 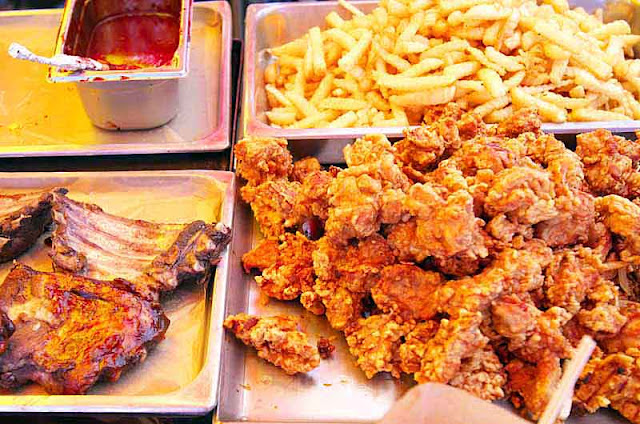 The scents of charcoal, soy, frying foods and barbecue sauces is pretty strong.

You can smell it hundreds of yards away, when there's a festival going on.

The food, is all tempting but, I wouldn't want to get greasy hands, with the camera. 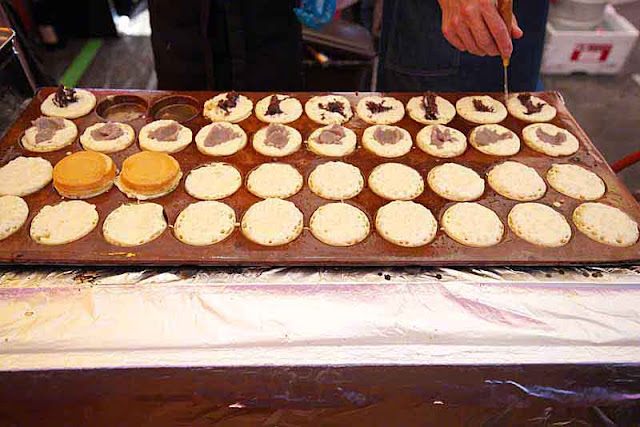 People are real friendly at these events. They see a big DSLR and, move out of your way.

The folks, doing the cooking are polite, too. I thank them for allowing me to shoot.

The plan was, to work my way back to where, I bought that yakisoba.

Then, I tooted my horn, one more time and, went back to the office !