Locals call it the Una Matsuri but you can get by saying, Onna-son Festival.

With several villages having festivals, all weekend, I chose this one. 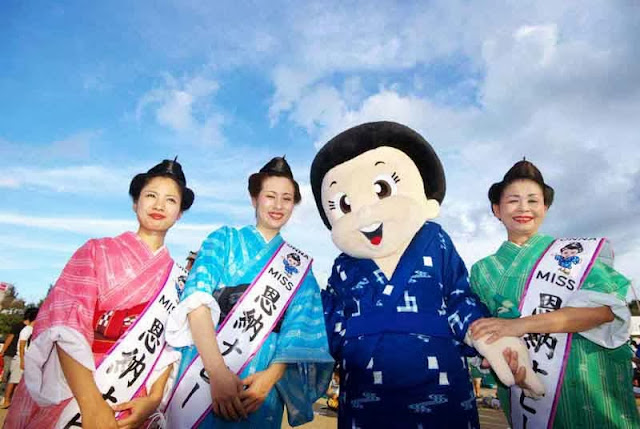 The people of Onna-son really know how to throw a party. 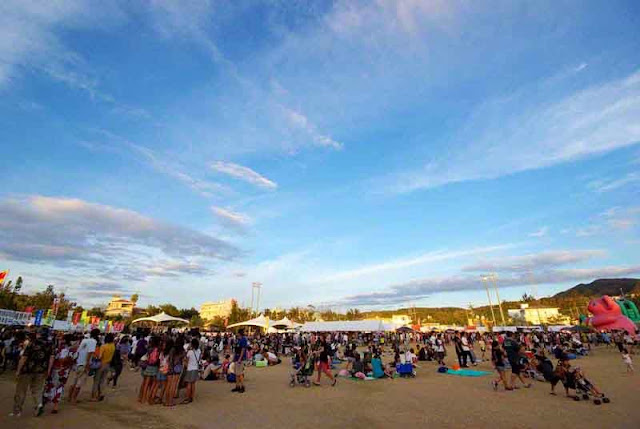 This field, where the festival took place, is just a few steps away from the East China Sea.

When I first got there, only a few hundred guests were out in the hot sun. 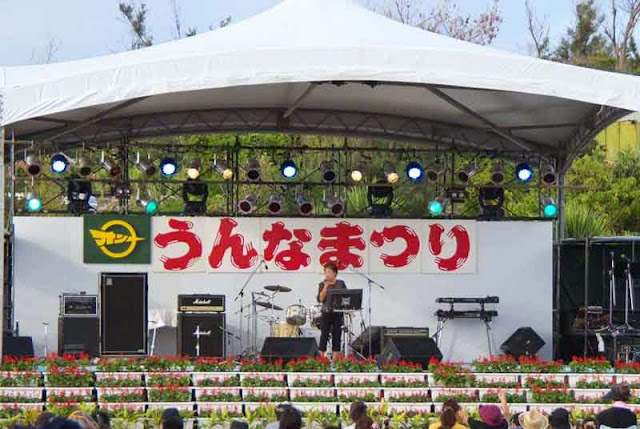 As evening arrives, the crowd gathers around the stage to see the entertainment. 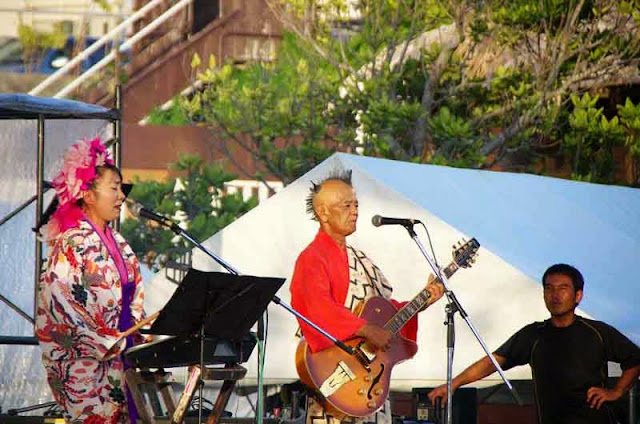 Trying to get a better look, I zoomed in on these performers playing classic Okinawan folk music.

That guy, playing the guitar looked like he had something strange on his head. 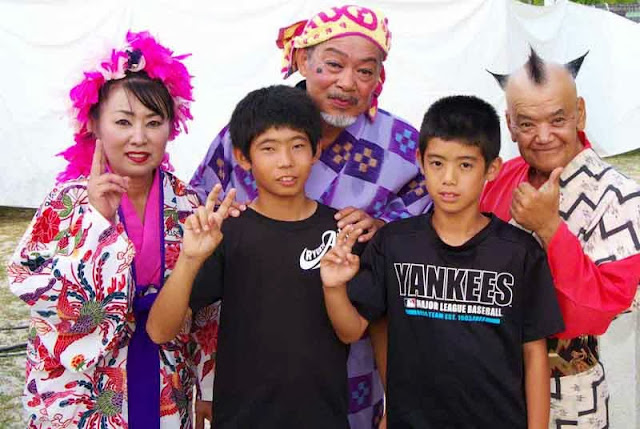 Catching the group before they disappeared, I took this photo. 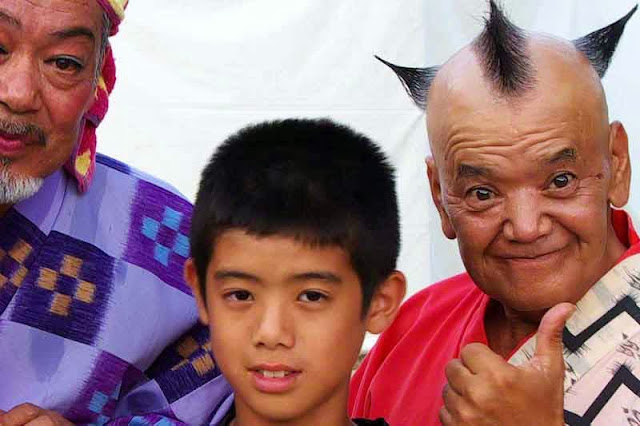 Would you believe, the dude does his own hair styling ?

Dang.  I wish I could do stuff like that ! 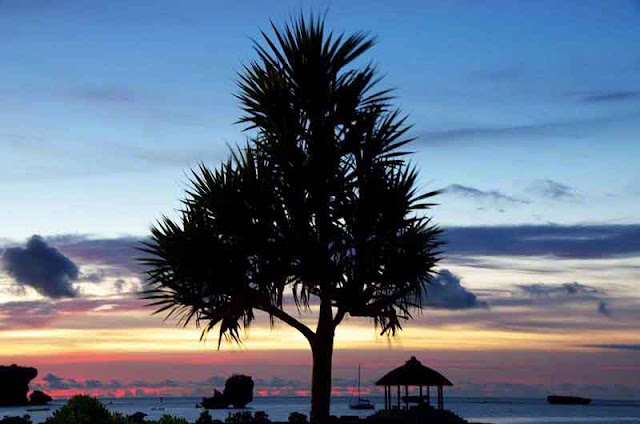 Before the sun disappeared, I started setting-up to shoot fireworks, near the beach. 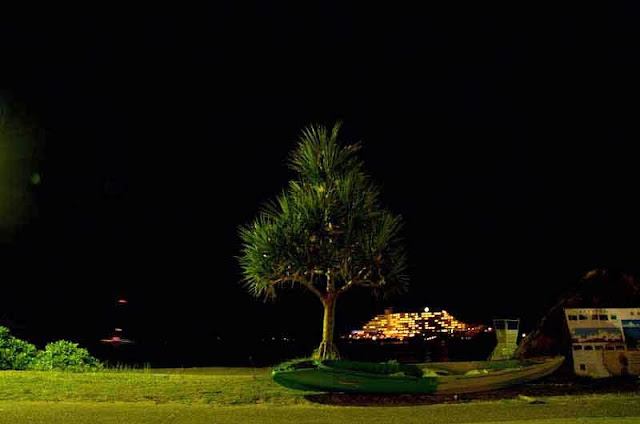 When it got really dark, I decided this would be where I'd catch the fireworks.

The beach was roped-off so, nobody could get any closer and, I wondered why. 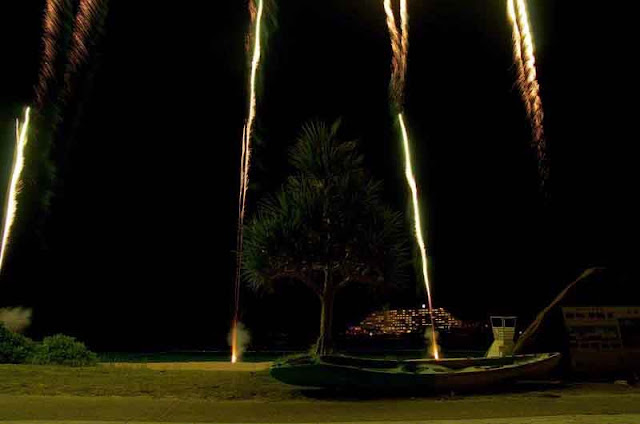 The illumination launchers were planted on the beach, just a few meters away. 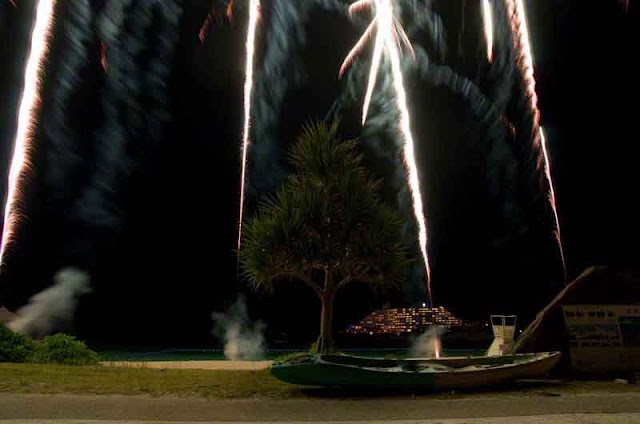 The fireworks were popping directly over us.  So much for making a scene over the ocean.

Tens of thousands behind me and there's nowhere to go.

Babies are screaming and crying; teenagers cheering and saying, "Oo, ah and kawaii." 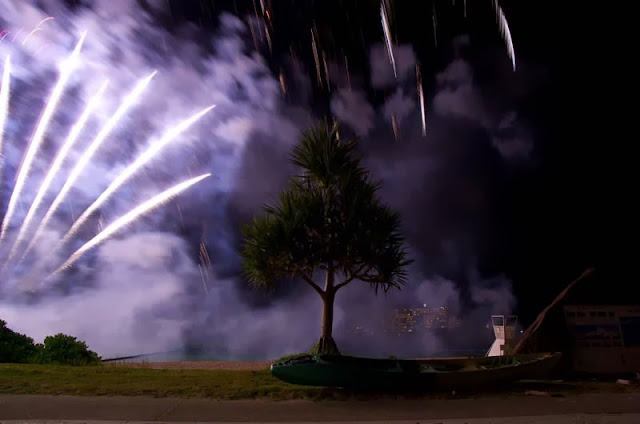 In the crowd, there was no way to move the tripod and camera and catch the bursts overhead.

So, I farted, as loud and long as I could. 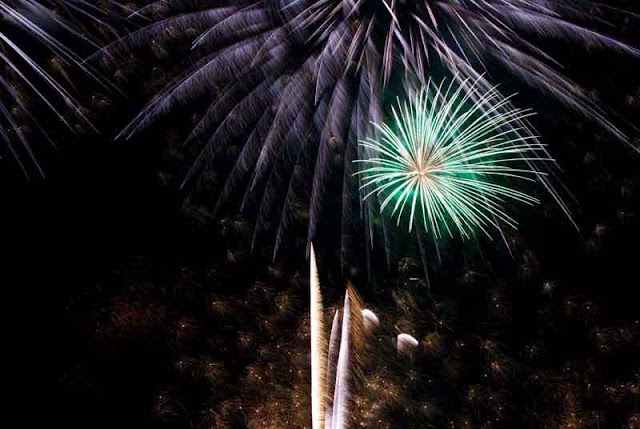