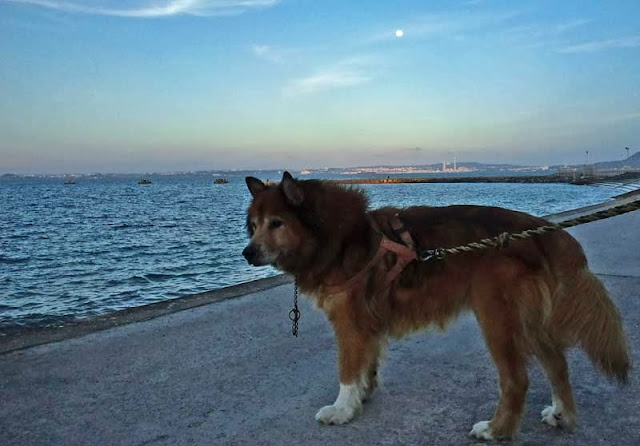 Walking three dogs this morning without a camera.
The sun was rising and moon setting.  All I had was the cell-phone.
Why no camera ?
It would be easier walking three drunk monkeys and probably a lot more fun.
So, I leave the cameras at the office and just cuss at myself when a scene like this appears.
It's been a few years since I've seen the almost full moon set in skies like that.
So, I figured the cell phone camera would have to do.
And, I cussed a little.
Gizmo, the dog, he's OK.  Getting old and doesn't hear me so, we get along fine.
The other two dogs were behind me, acting like drunk monkeys.
Does anybody want one ?