Territorial disputes between Grey Herons and Osprey don't last very long. This series of photos was taken November 25, 2010. along the West Coast of Okinawa, Japan, It started at 3:50PM and was over 3:51PM. That's under two minutes by my calculations. 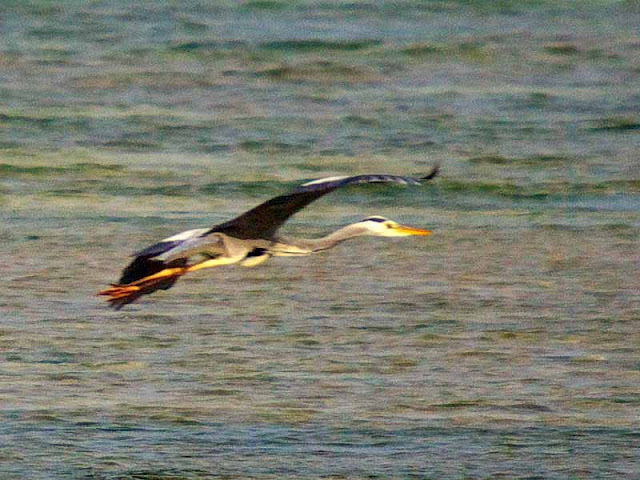 The Grey Heron arrives and looks for a spot to do some fishing along the shore at half tide. 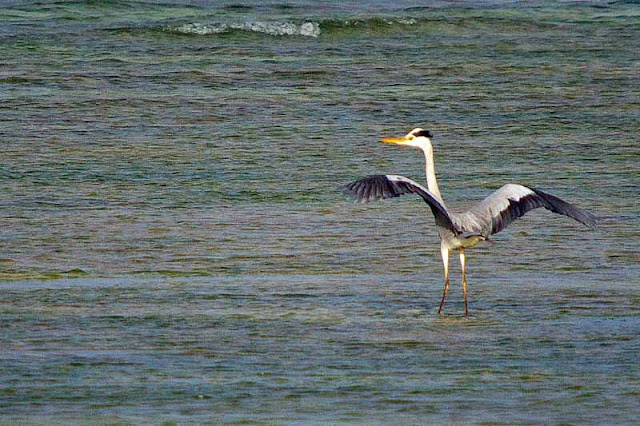 He stakes his claim, landing in the shallows at 3:50PM but, detects something following him into the area. 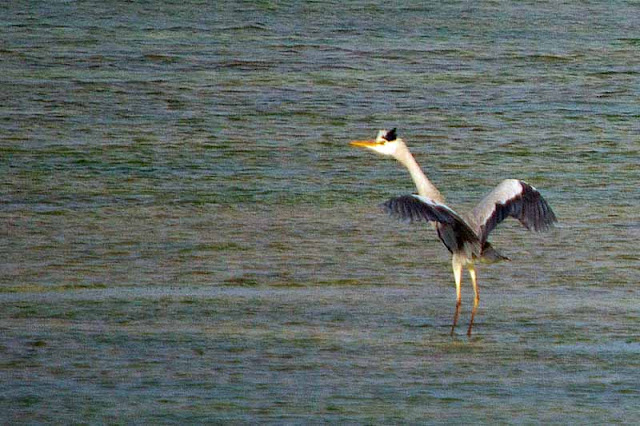 He spots an Osprey wanting to fish in the same spot. That's just unacceptable. I was here first. 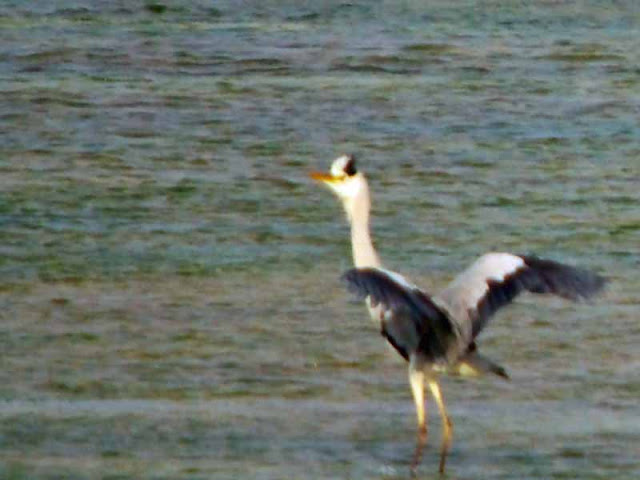 Hey, up there! This is my territory. I got here before you and you're not invited. All the fish here are mine ! 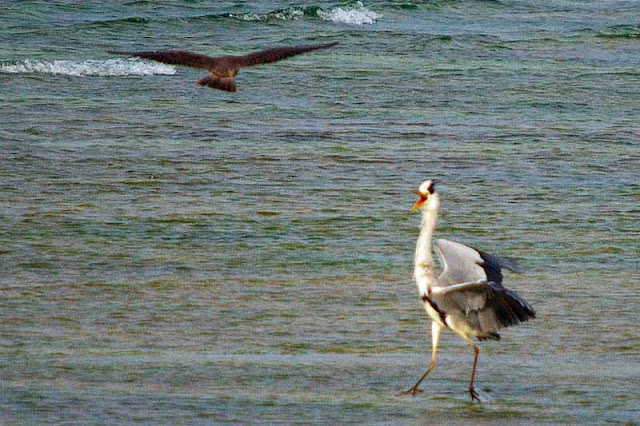 Ospreys are not allowed here. This place is OFF LIMITS. Scram, go fish somewhere else. I mean it ! 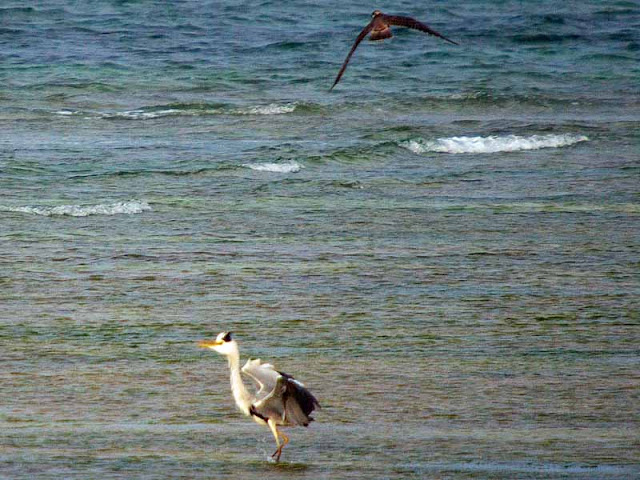 Dang, he was fast. Where'd that sucker go?  Well, I guess that takes care of him ! 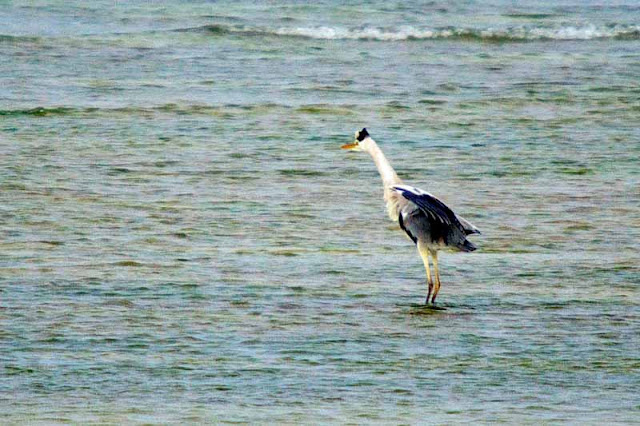 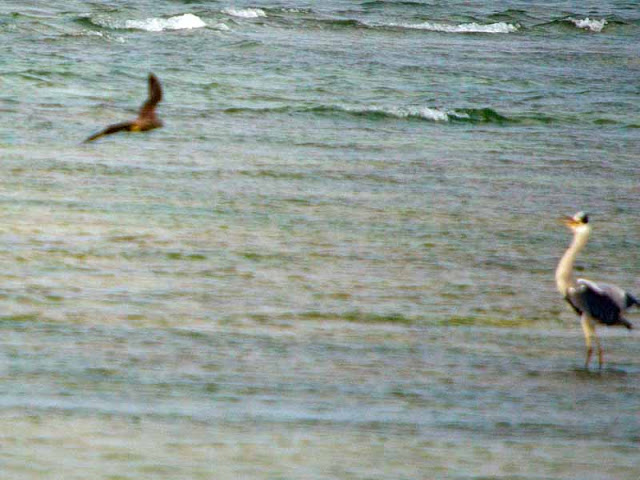 Osprey, I said beat it. Don't make me have to get physical. I'm wearing a black belt. Know what I mean? 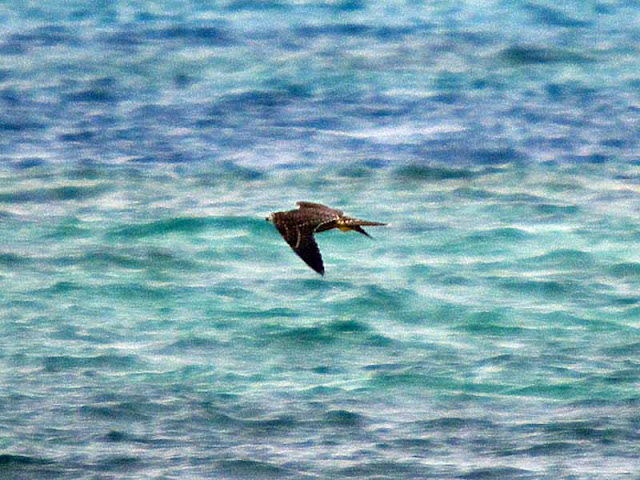 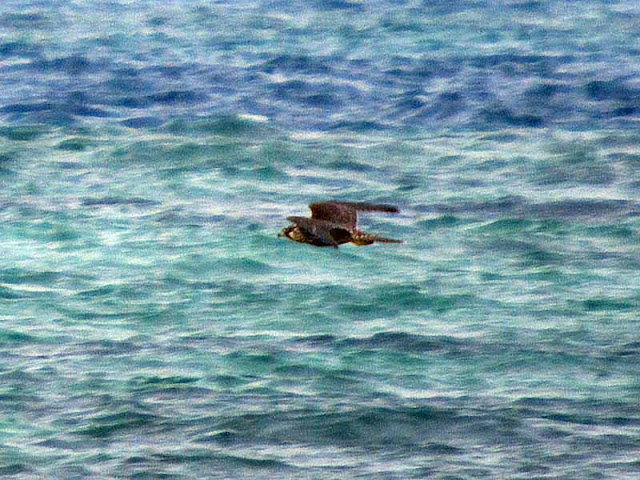 Osprey: "Like what's up with these Grey Herons. Whole ocean's full of fish but, they want to claim  part of it all for themselves. Stupid birds are starting to act more like humans everyday. What's up with that"?

Posted by RyukyuMike at 5:33 AM

This is kind of like the China/Japan dispute over the Senkaku islets. Didn't that start over a fishing boat being where it shouldn't? How appropriate you shot this sequence in Okinawa. Maybe you can get this to go viral on wikileaks!

Keith,
Wikileaks ! I wouldn't want to give them a bad name or soil their outstanding reputation with a silly thing like a couple of birds having a dispute.

Great set of shots Mike! I think you need to write an e-book and send it to the United Nations. They might learn something :)

LadyE,
What? Me write an ebook?
Tellya what. You write, I'll give you the photos. Then when it's published we split the dough!