There is a subculture in Japan among Truckers. Truck Yaro or Deco-Tora is an art form inspired by a 1970's movie series with titles like, "Bullets 'n' Babes", "Run, Truck Rascal, Run" and a few others probably not fit to print on a family-friendly blog.

Think "Smokey and the Bandit" from 1970's and make it an X Rated comedy and it would probably be as popular as Truck Yaro is in Japan today.

Now, Okinawa is an island only about 65 miles long so, we don't have the long haul trucks with 18 wheels and a trailer (or two) big enough for me to live in but, that doesn't keep us from putting a little chrome, gold, platinum and some extra lights on our heavy haulers. Here's a series of photos I shot at a gathering before I ever knew what Truck Yaro was and kinda sneaked up on them with caution. 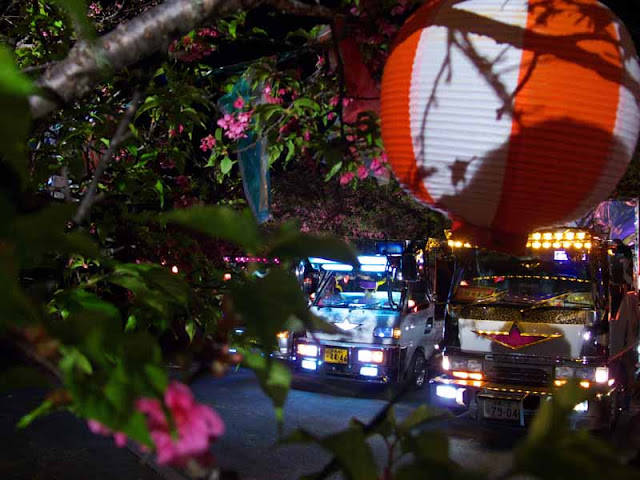 This was at a Cherryblossom Festival in Okinawa around January time of the year. 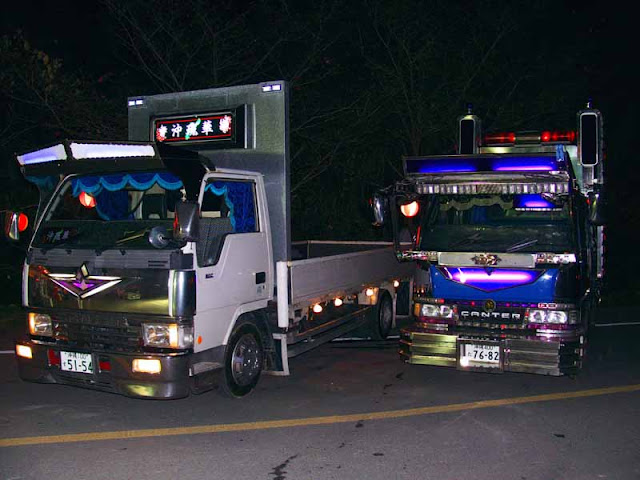 Moving around, I'd snap a shot here and there from positions where no one could see me. 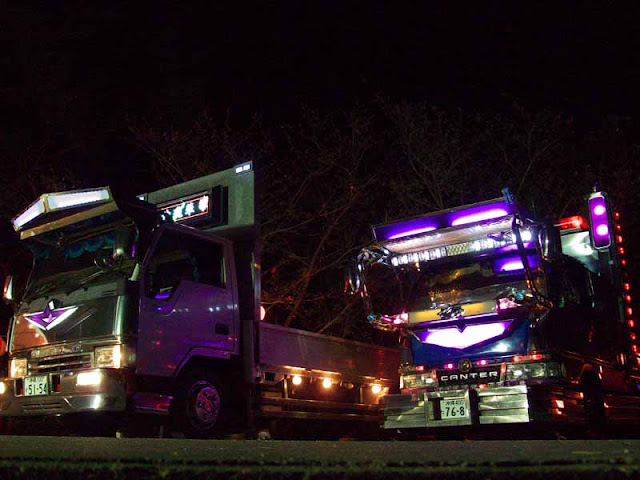 This shot was taken from ground level.  I was in the drainage ditch. 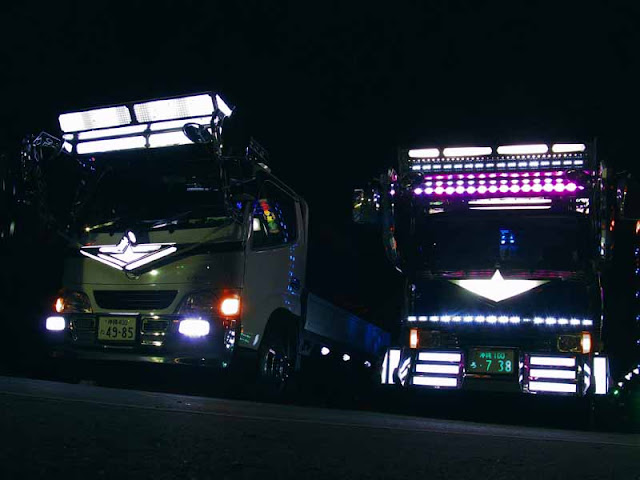 Coming up out of the ditch to shoot the trucks from another angle, I got spotted. So, I figured I might as well try and make friends. That's what I do.

Truck Yaro people aren't a bunch of gangsters. They're real nice people who just happen to be truck artists.

They take pride in their trucks and like to show them off. When they aren't driving, they like to drink and dance and play real loud music. 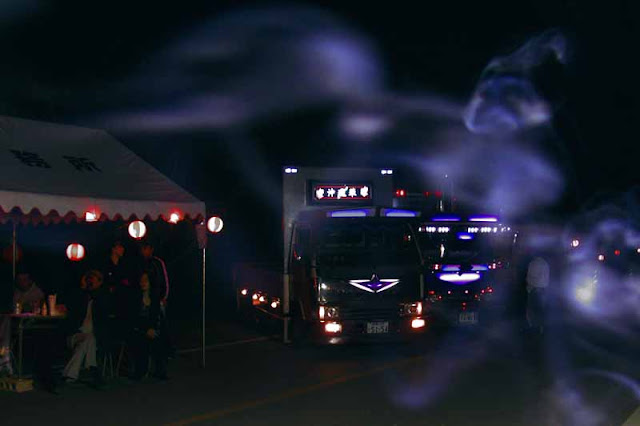 Music loud enough to wake up the dead, that's what I'm talking about !

So, if you happen to be driving somewhere in mainland Japan and see a whole convoy of great, gaudy, humongous, big, heavy hauling rigs with artwork painted on the sides, don't be afraid of them.

Hang out the window, pretend you're pulling the chain on an air horn and yell "Wu Hu Hu" or act like you have a CB radio and say stuff like "Come again, 10-4,  Catch ya on the flipside" or whatever they said on Smokey and the Bandit. They'll probably love it and think you have some culture, too!

Posted by RyukyuMike at 1:22 AM

They customize their buses in Central America like this, but probably not to this extent. Cool trucks!

Jason,
Yup, I remember the cheeba busses in Panama and in the Phillipines the jeepneys; look like rolling Xmas trees with all the lights and tinsel hanging off them!