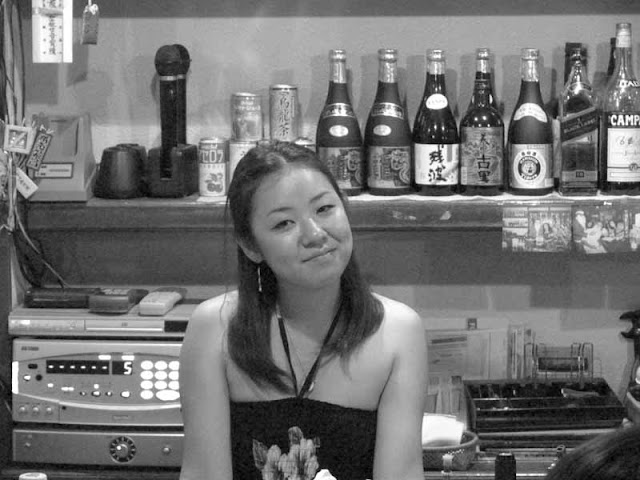 Photo from the original article Matador Abroad Singing Karaoke in Japan Published: May 2009


Here’s a brief history of the evolution of Karaoke and Ryukyu Mike in Japan. This article was first published at Matador Abroad in May 2009. Karaoke has evolved from cassettes to laser disks and on into digital media; it is piped through telephone lines, directly into the amplifiers and updated continuously. I’ve evolved, too, only not quite as rapidly, living in Japan. Here’s the latest version. 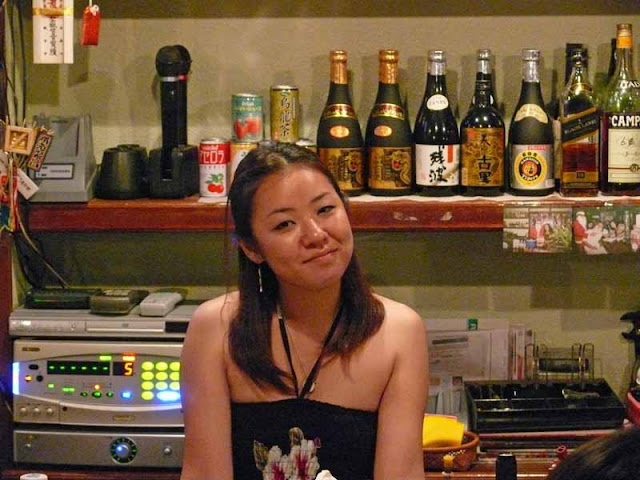 The Jack Daniels is up there on the shelf (cropped out of the photo) and quit staring at my Niece!


Way back before Karaoke hit the Western world, where it somehow turned into Carry-O-Key, there weren’t 5 or 6 monitors mounted on the walls of the bars. There were no videos accompanying the music and no words streaming across the bottom of the screen. There was no TV in the bar; they were in peoples houses. Bars were for drinking and singing. TV’s were for watching the news, cartoons, soap operas and cooking classes.


On a 17 year stint of bachelorhood, between wives number two and three I found myself doing a lot of bar-hopping. At some point during the night, wherever I was, I’d be asked to sing karaoke by whichever charming hostess I was buying drinks for at the time. “Nah, I don’t sing” was my standard answer and if they kept bugging me, I’d leave, find another bar and fall in love with a different hostess; one who could drink Jack on the Rocks, with me and not be a pain in the neck.

Karaoke, back in those days, consisted of a cassette player, microphone and a book (about the size of a bible); you know that thick book hotels leave on coffee tables.  Oh, yeah, and the really big karaoke bars had a scoreboard, a big, black board with bright LED numbers. An applause meter would give each singer a score based on how much noise the crowd made when the song was over.

Just about every karaoke-joint had the same three songs in English, My Way, Sixteen Tons and You Are My Sunshine. Even if I knew how to sing, none of them would have been on my top-ten list. Hell, I got kicked out of Boy’s Choir for skipping practice; what was I supposed to know about singing?

Well, one night I hit this bar with dozens of pretty hostesses and just the right amount of Jack Daniels in me to give it a try. I’d heard enough Japanese businessmen screw-up My Way, I figured, I couldn’t do any worse. Probably no one in the place knew enough English to understand me, anyway, so, what the heck, when a gal asked me if I could sing, I’d give it my best shot.

Sure enough, before I could finish my first drink, a hostess asked me to sing.

I stumbled and fumbled through the song, squinting at the book and trying to make noises along with the music. Frank Sinatra probably rolled over in his grave (or hospital bed, not sure where he was at the time) a few times.

Even, half-plastered, I was self conscious; sweat was dripping off my forehead. The song seemed like it was around two hours long. I belted down the last “my way” nice and loud, set the mike down on the counter, slammed the rest of my drink and looked for the door, in case I had to make a quick exit.

The crowd went wild, the applause meter hit “98”and the owner of the bar brought over a bottle of whiskey half as tall as the girl sitting next to me; my prize for the highest score that night. I shared the bottle with everyone and soon we were all singing Sixteen Tons and You Are My Sunshine.

Now, I’m a karaokeholic and even own a Karaoke Bar.

Jack, I don’t do that anymore. It’s good cold medicine but, Theraflu is probably better for you. 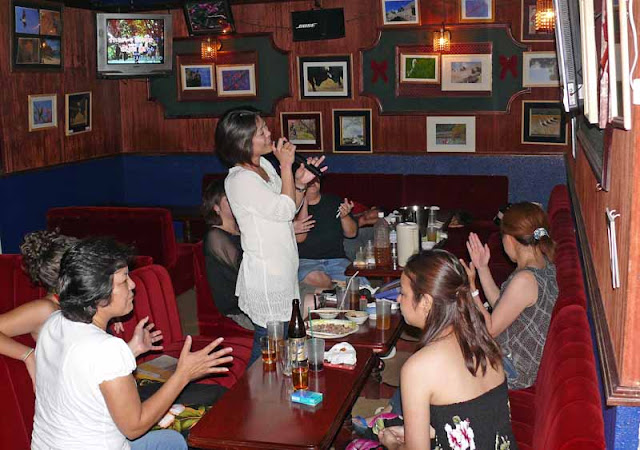 The way things look today. This is what the back of my office/photo-studio/karaoke bar looks like.

Awesome! You have a place like that in your back-(yard)-room. Haha, when I come to Japan, I will challenge you. I can sing good in English, but my Japanese singing is much better. Ha ha ha...

Rudhayaini,
Let's go for it. I score higher on the Japanese songs than most locals and my English is horrible !

Same my place form back in 80's ?
I spent many a late night with Casey and his wife Ginny and Ayako Omura bartender after hours with doors locked. My money was no good then, just friends having a good time and a guy with a little black looking banjo that was kinda loud for size. Tommy or (Sheegeco) from the Club Champion use to hang with me there. I almost married her. If she is still around say hi for me please.