These photos give a quick review of the day's events. 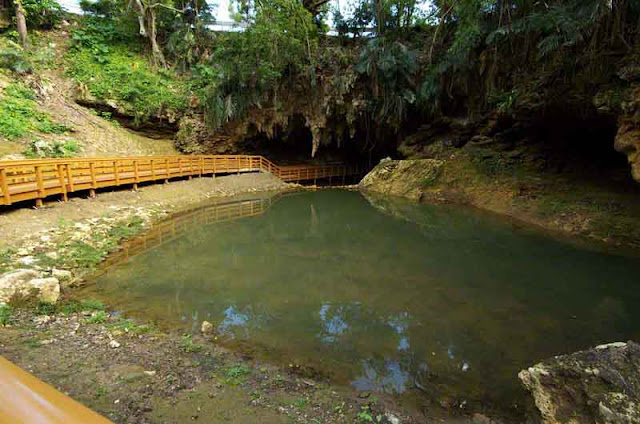 Today RyukyuRusty, Map It Okinawa and I got a special treat.

We had a guided tour (what I call it exclusive) through this cave. 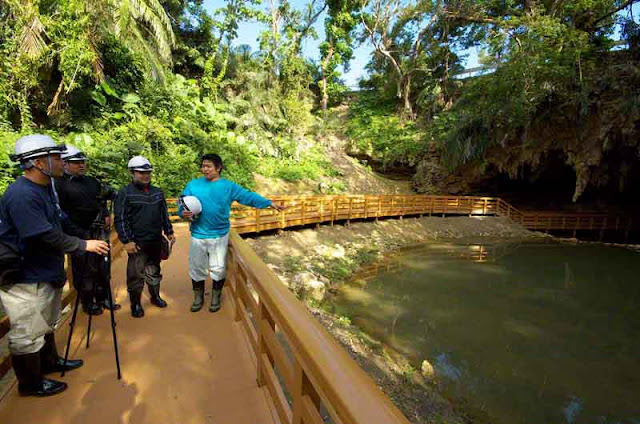 Shinobu Miyahira (blue shirt) briefed us on everything.

He knows the history of the place, the wildlife that live there and the dangers you may face.

Standing to his left, Lorenzo Ken Tumacder, was our English translator. 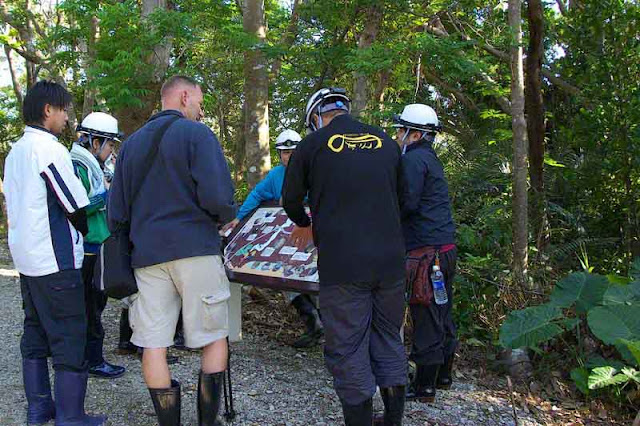 Safety was everyone's concern. There are plenty of places you can slip and fall.

The guides outfitted us with boots and miners hats.  It gets real dark inside the caves.

And, there are plenty of places to accidentally bang your head.  So, that's what I did, a lot.

The guy wearing the white jacket is Terumasa Ikehara.

White stuff is easier to see in the dark so, I stuck close by him. 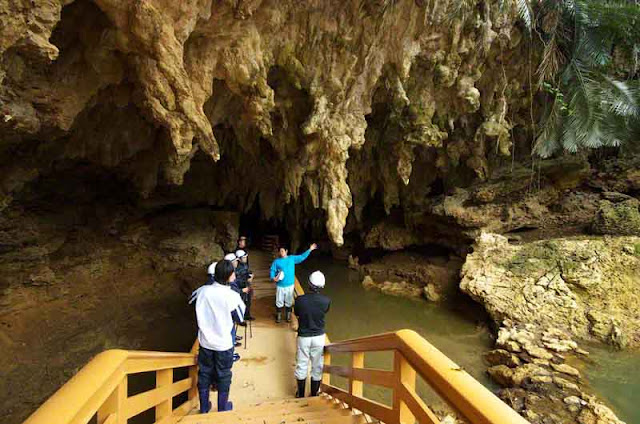 Kei Hamahiga and Hayato Nakama were in black shirts. 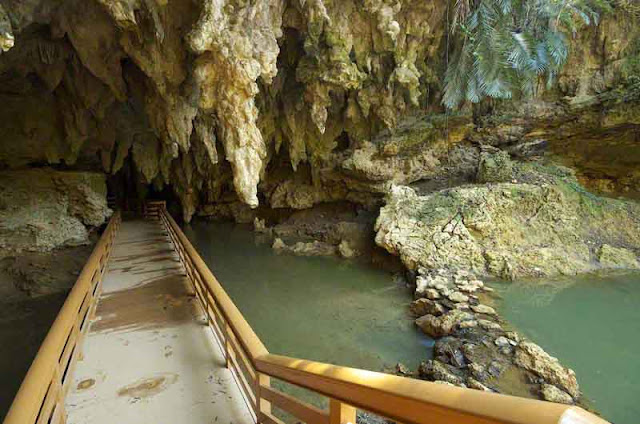 If they got too far in front of you, they would disappear, in the dark.

Everyone, there was helpful.  They held our cameras while we climbed.

And, caught us when we slipped.  Or, warned us about banging our heads. 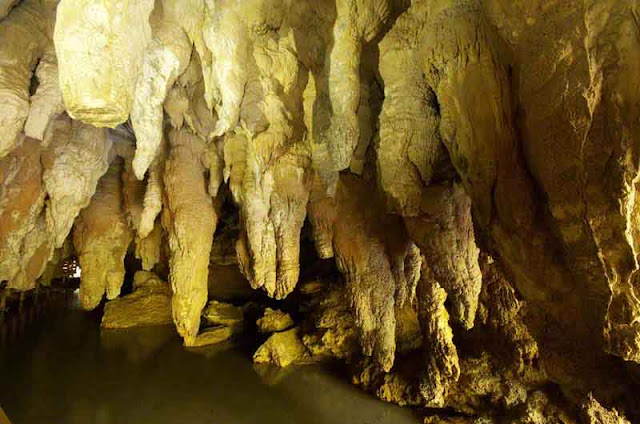 All the way through, I kept wondering about the place.

Like, when they were preparing for tourists -- did they find any signs of humans were ever there ? 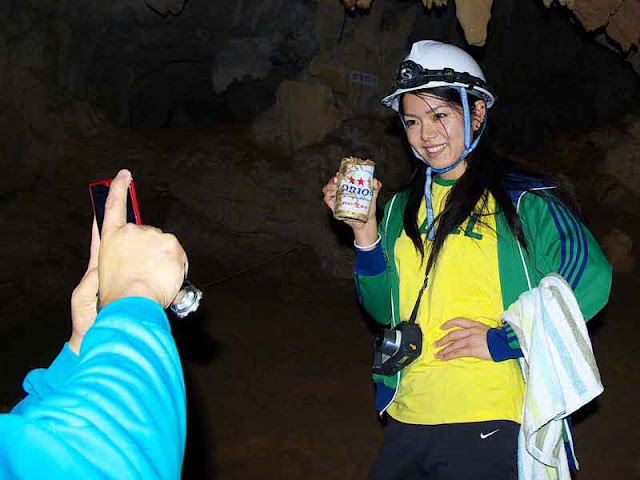 She was An Orion Beer Campaign Girl.  And, found an old Orion Beer can. 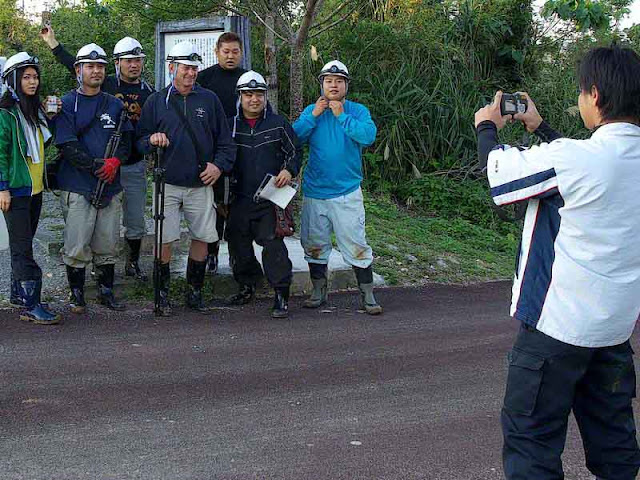 After about two and a half hours (that seemed like one) of cave exploring, we were done.

Probably, I collected more mud that anyone else.

So, you don't see me in this photo.  I was busy smoking and shooting.

It looks like some sort of farewell photo, but, we weren't done, yet.

When you get an exclusive tour, like this, some paperwork has to be done. 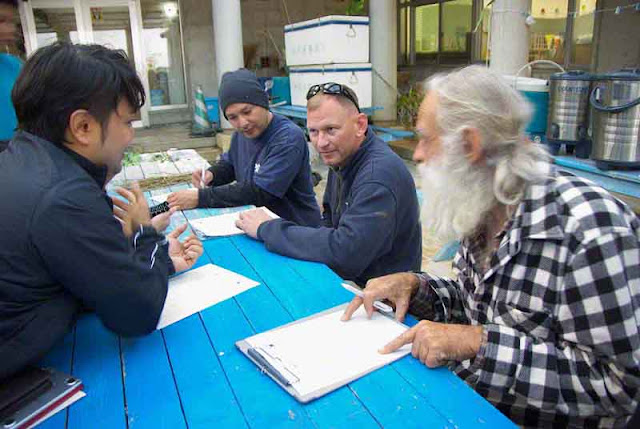 We could rate the tour and guides.  And, make suggestions.

Well, I'm a grandpa and I don't like writing. 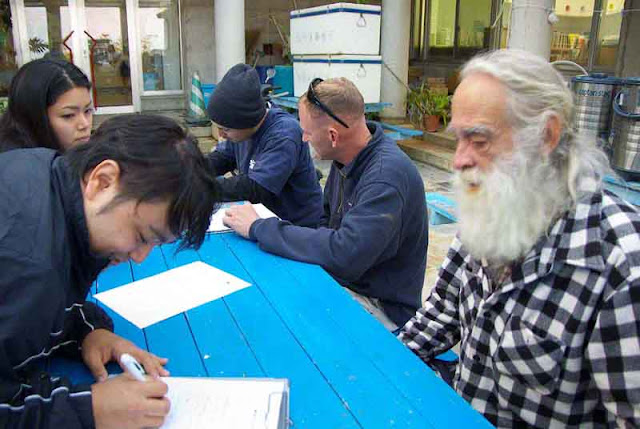 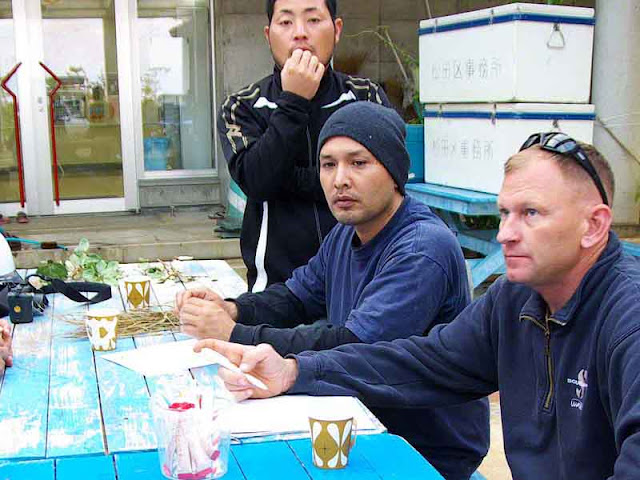 Look Forward to the Grand Opening

A few days ago, I was worried about the impact tourism would have on the Village of Ginoza.

More than anything else, I am concerned about the environment.

From what we saw and heard today, this cave is in good hands.

They are knowledgeable about the stalactite and stalagmite formations and their preservation.

They are concerned about the wildlife within and around the caves.

The caves will open to the public sometime in Spring.

Standby for an exclusive-exclusive report if they let the Ryukyu Dudes in again !

Posted by RyukyuMike at 6:09 AM

Have to get back up there before the grand opening and do some more shooting.