It's impossible to post all of the sights seen, in one year on the Ryukyu Islands, here.

So, the random-pick-a-monthly-photo method was used, to browse through 30,000 files. 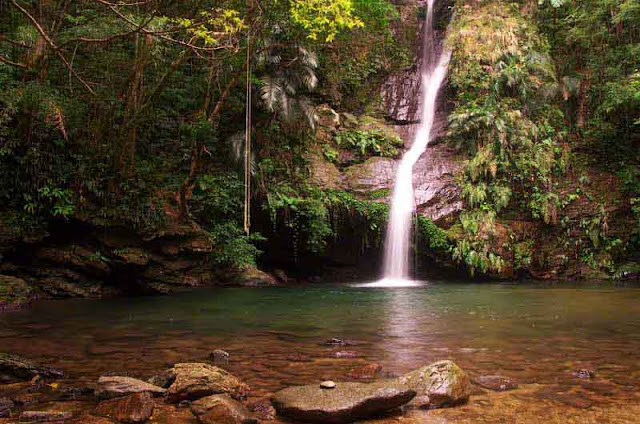 The Cherry Blossom Season was what you might call "too little, too late" in 2012.

So, we did some off the beaten path things with the cameras. 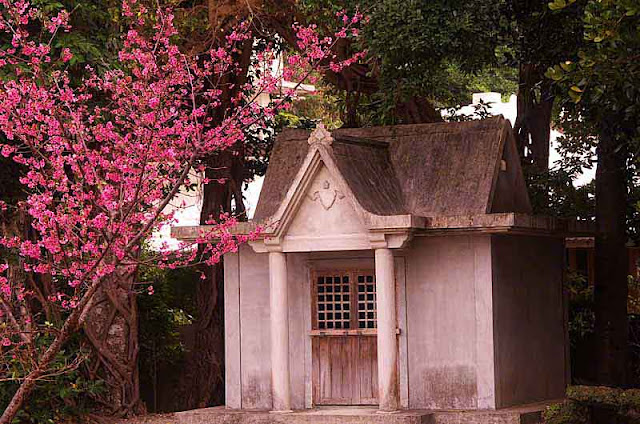 This had to be the prettiest cherry tree, to be found so, it had to be photographed.

Had the woman in the village office not given permission to shoot, I'm afraid.....

.....her words would have fallen upon deaf ears. 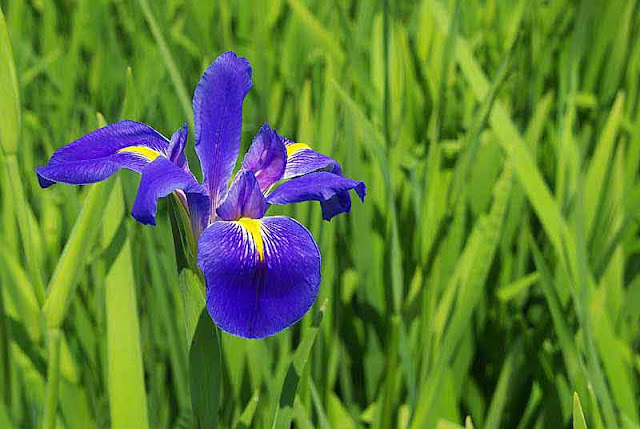 Cherry Blossoms bloom during the winter months, in Okinawa.

The Iris Festival, though, is a sure sign of spring.

When the Iris flowers bloom, every kind of flower imaginable, gets the word.

And, everything starts blooming.  Yea ! 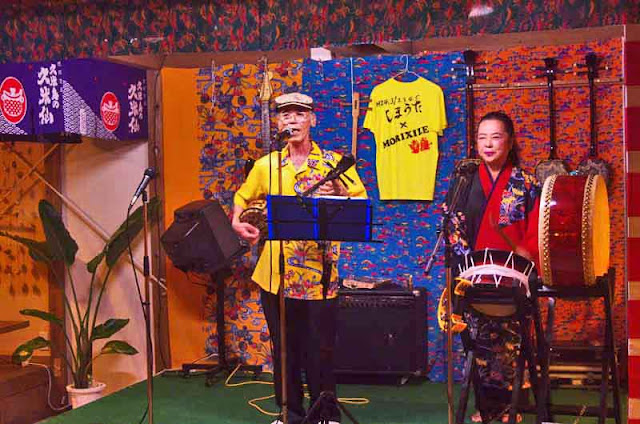 On occasion (ahem-ahum) Ryukyu Dudes get invited to these night time events.

Well, this one likes to drink.  But, takes photography too seriously.

So, no drinking takes place 'til after the shooting is done.

Anyway, somebody got drunk, that night and left my umbrella on the bus.

Well, I know the guy who was driving and will hunt him down. 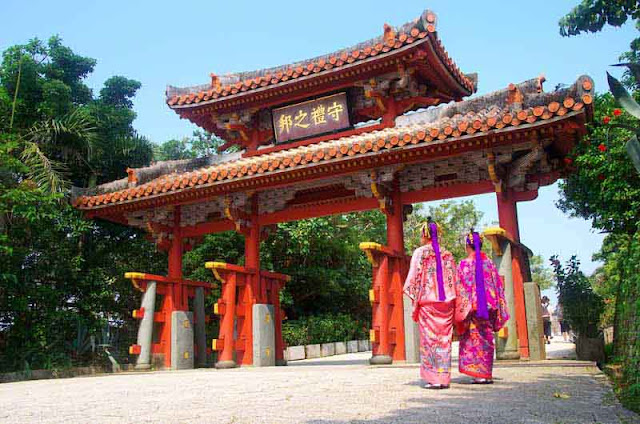 This photo was taken to use in the Okinawa Then and Now Series.

The girls were paid for posing but, they got framed prints of the photos, too. 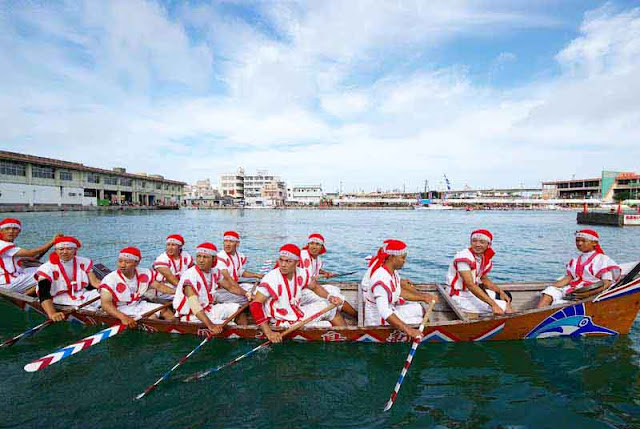 This was a most unforgettable experience.

See, I have this notion that it's a good idea to mingle with the locals.

So, RyukyuRusty and I went down to Itoman the night before the event.

We partied with the people 'til the wee hours and got some sleep at the fishing port.

Well, the next day, one of us had a little run-in with the law.

Ain't sayin' who it was, cuz his Mom reads this stuff ! 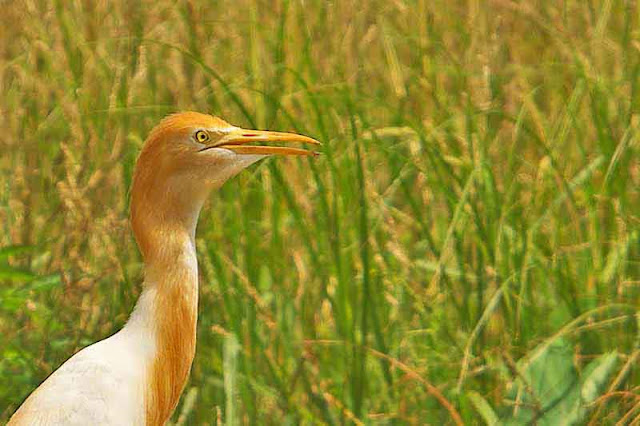 These characters are called Cattle Egrets. 2012 was the first year I saw any around my town.

Now, I'm not sure if they just started migrating to Okinawa or, are always here.

We had dozens of them flying around.  But, there were no cattle with them.

They were easy pickings, with the Sigma 50-500mm

And one of them made it to Finalist in a photo contest for me. 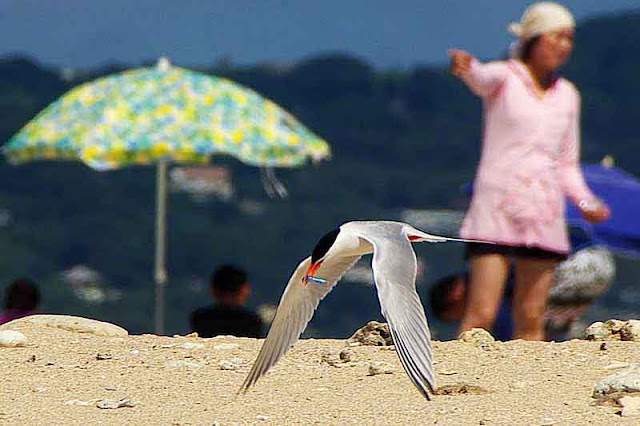 Some of the craziest things happen when you leave your biggest lens at home.

Three of us traveled to Komaka-jima to check the island out.

RyukyuRusty and the Map It Okinawa Dude went all over, exploring the place.  Not me.

These birds, from Australia, kept me busy, the whole time we were there.

We will have to go back there next year.  That's because two of us are travel writers.

We sort of forgot something.  I need to make a checklist so we don't forget again.

People need to know if the crappers work ! 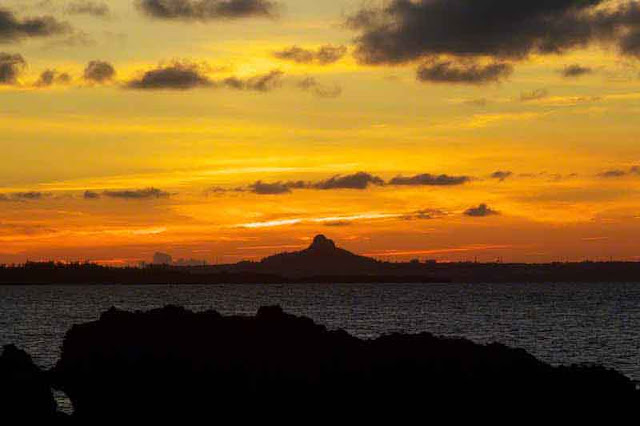 Sunset photography can be tricky when clouds hug the horizon and block out the show.

But, every once in awhile, the sky turns some cool colors.

This sunset, from Motobu Peninsula gave me a great silhouette of Ie-Shima. 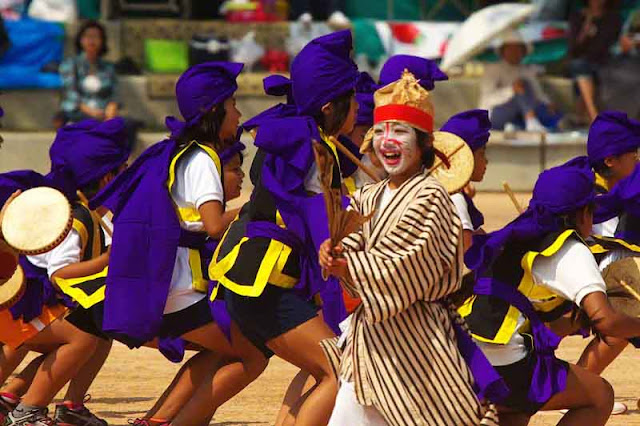 If there was an award for Character of the Year, my vote would go for this kid.

But, I still have no idea who he or, she might be ! 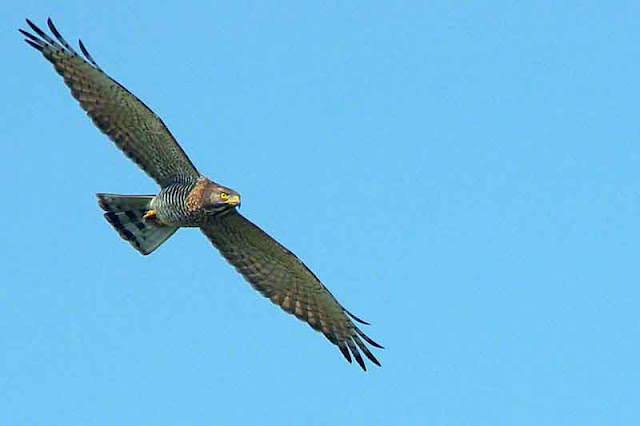 Firing away, in burst mode, at a fast-flying Grey-faced Buzzard Eagle got me this shot.

When you are panning the camera and, the sun lights up that gold eyeball, you know it.

Instinctively, you know, you have nailed a great shot.

The jury is not out, yet, on this one. The verdict, for the contest, is still pending. 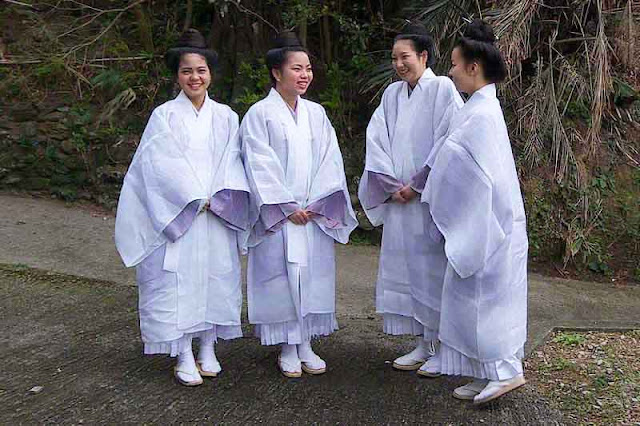 That's a title, I just made up.  This photo isn't going in any contest.

Right now, we are working on a big story.

It takes place over the course of two weekends. And, we're only half way there.

In a centuries-old Ryukyuan tradition, water is drawn from two separate locations on Okinawa.

Then, it is mixed and presented at a shrine in Shuri Castle.

The young ladies above, are waiting for it to start.

See the one on the left smiling ?

Well, I'm not sure if she knows me or, was just laughing because my beard got caught in the tripod !