Music from the Highway in Okinawa Japan 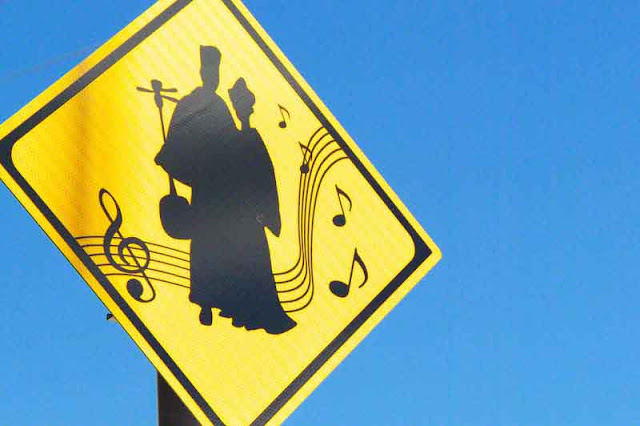 The Residents of Futami Have a Musical Road

Melody Road plays the song Futami Jowa or Hutami Jowa, pronounce it any way you like.

Listen to the most popular version found on YouTube  二見情話 if you have four minutes to spare. 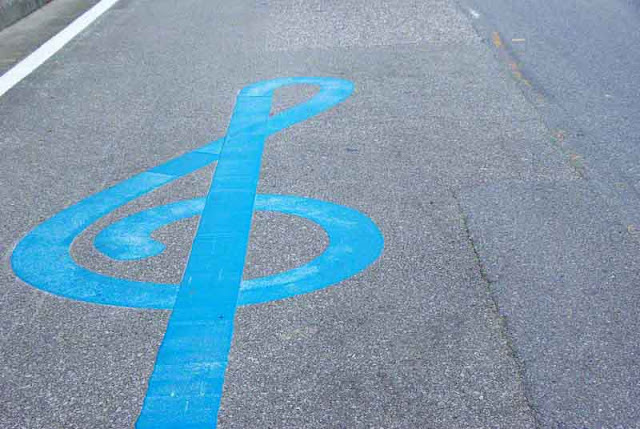 The village of Futami lost a lot of the traffic that used to flow through the coastal town.

That's because highway designers made a new road that just bypassed the place.

But, I think this melody they carved into the pavement might bring some tourists in to hear it.

Especially, the kind of people who like a good old folk song. 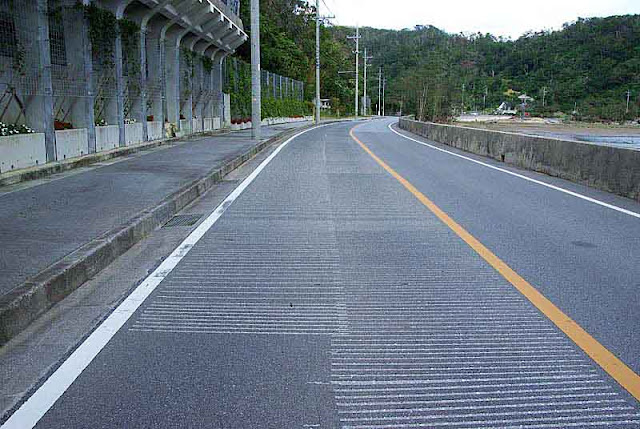 It's kind of hard to imagine, how driving down the highway can make music when your radio is off.

They cut grooves in the road but, you really don't notice them when you're driving. 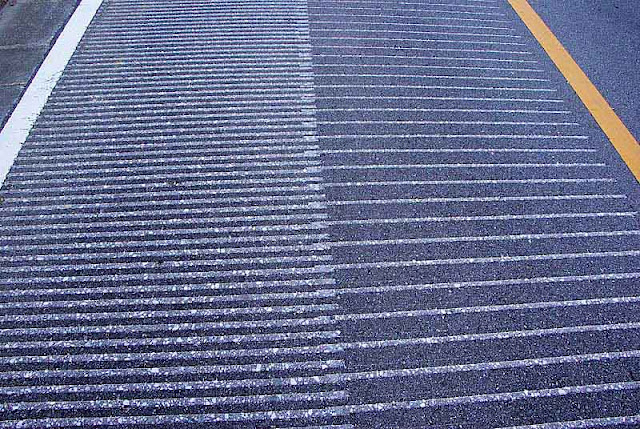 So, I had to get out of the car and take a closer look.

My theory is, somebody who really knows their musical engineering came up with this plan.

The dude is a genius.  He figured out how to make all four tires act like one of those

needles on an old Long Play (LP) Record.  You know what I'm talking about ?

Those gadgets that came along way before the Eight-Track Cassette Tape. 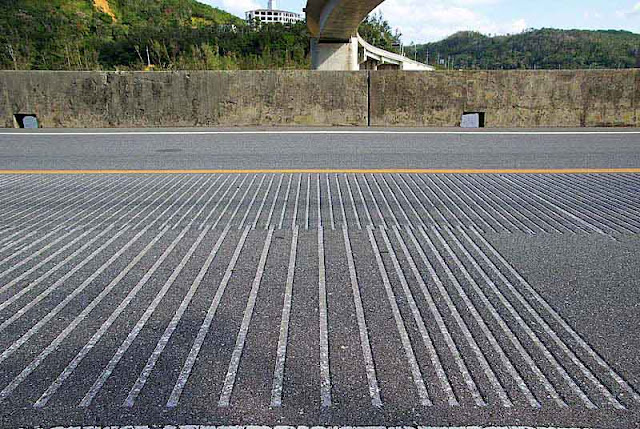 Musical genius, I say.  Who ever made this melody road should get a Nobel Prize !

I may take me awhile but, I want to track that guy down.

See if I can get the plan for a song I'd like on my street.

Who Let the Dogs Out

To hear Futami Jowa (二見情) on the road, visit OkiNinjaKitty.

If you want directions to drive there see: Google Maps.