Recovering from the White Wagtail and a Birthday

That Zuckerberganator guy doesn't know my real birthday for a couple of reasons.

Number one being, it's none of his business. And the other reason, I hate Facebook Birthday mail.

The birthday was a few days ago but, I told the Z Dude it's sometime in the summer.

That saved me from most of the Happy Birthday crowd and gave me time to go shoot some birds. Hah! 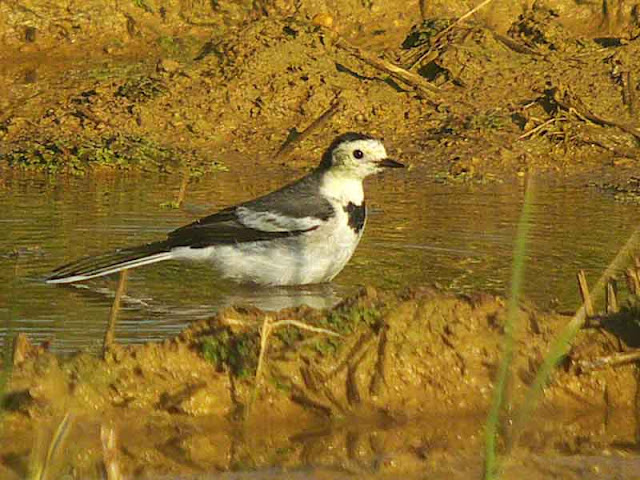 In a flooded field on the east side of Kin Village, Okinawa, Japan there was this White Wagtail.

Also known as Motacilla alba, they are a pretty common sight, around here.

This was all the entertainment I needed for my birthday. 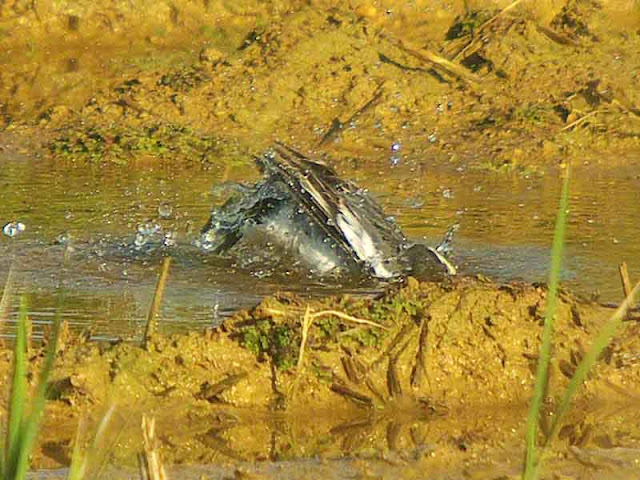 The bird decided to take a bath. 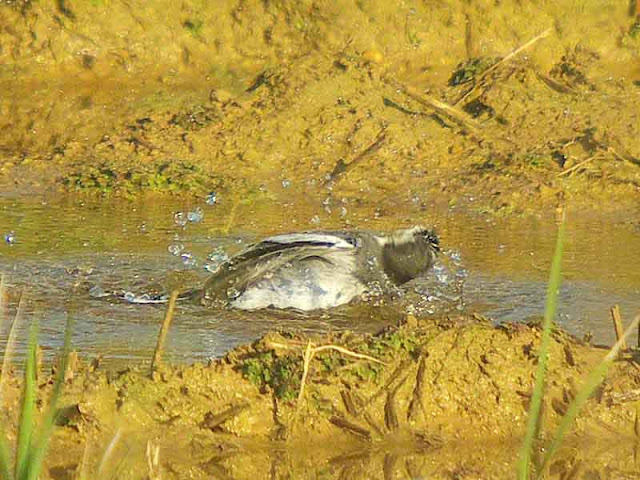 On a hot day in January, that had to feel great. 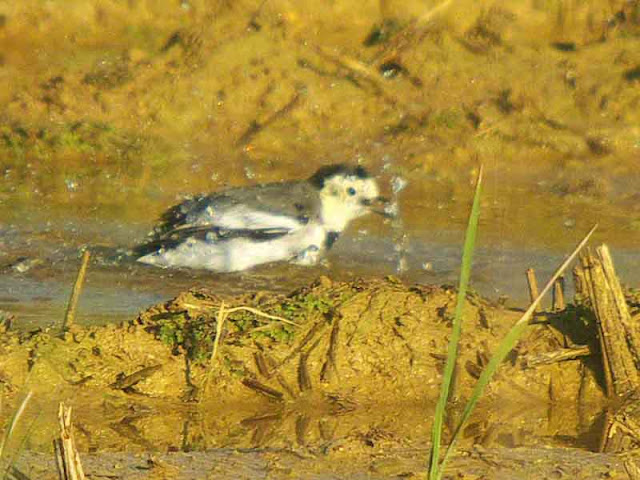 The Wagtail was slinging water everywhere. 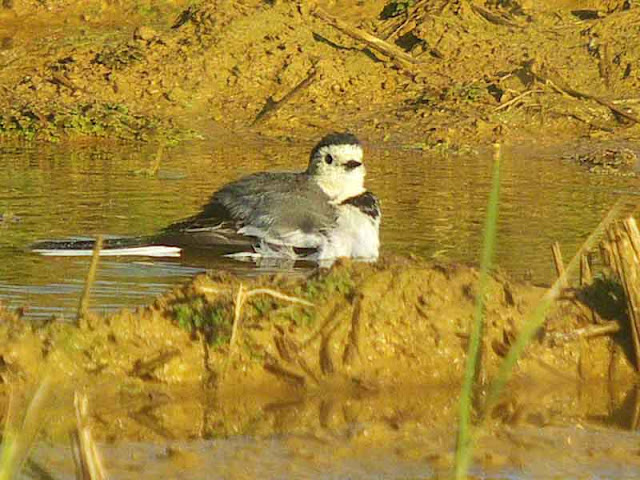 All of a sudden he stops and looks at me like, "How was that ?" 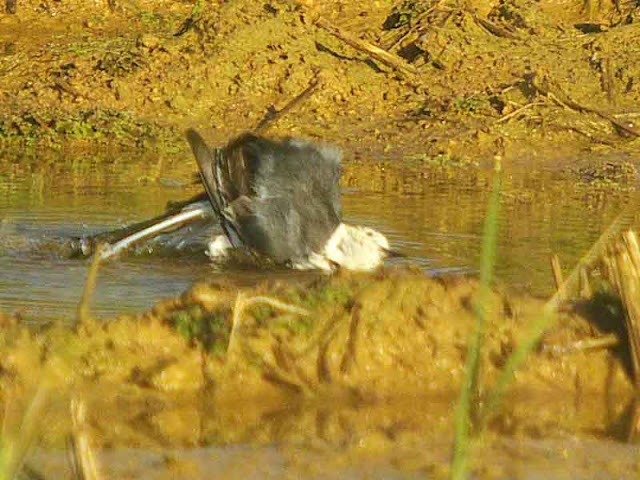 And there he went, doing some kinda ear-dive. 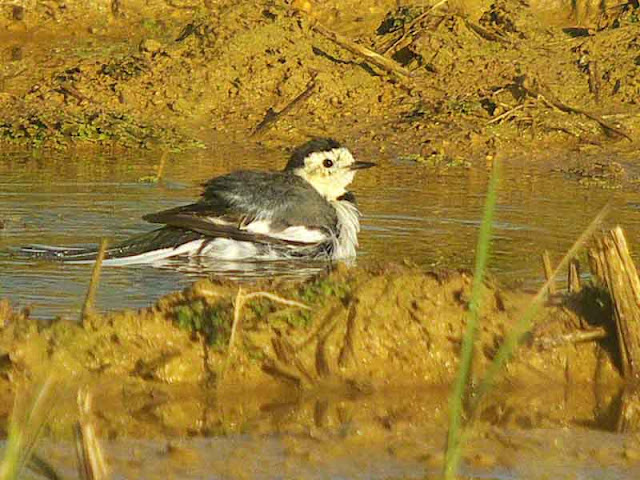 Me:  Come on baby let me see you Shake a Tail Feather. 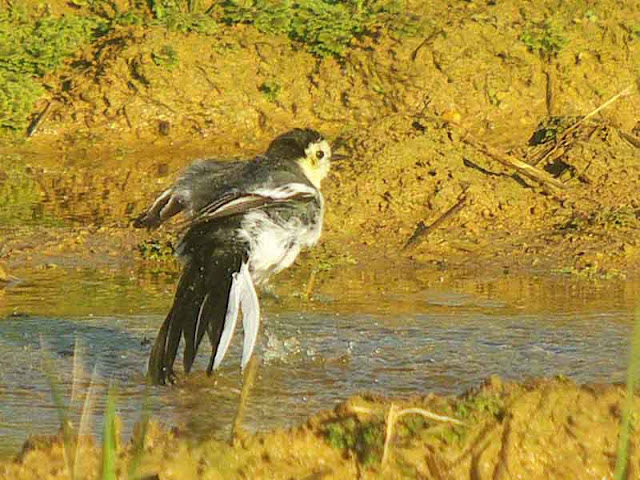 And that's what happened. 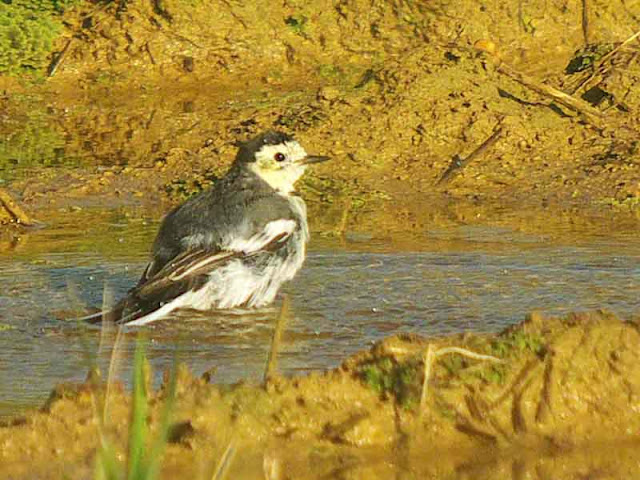 The bird stopped dancing before I could sing half the song.  Dang, it!

The Blues Brothers are more lively than you !" 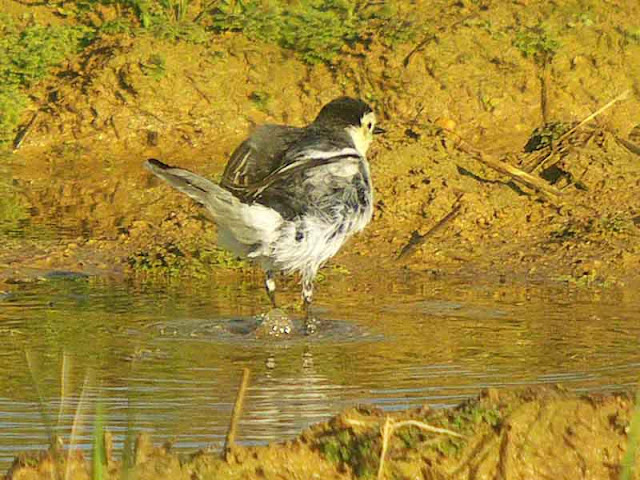 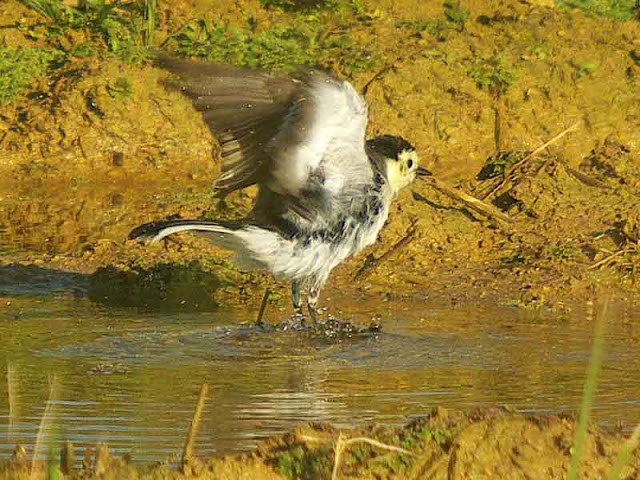 And, gave me one last shake of his tail feathers. 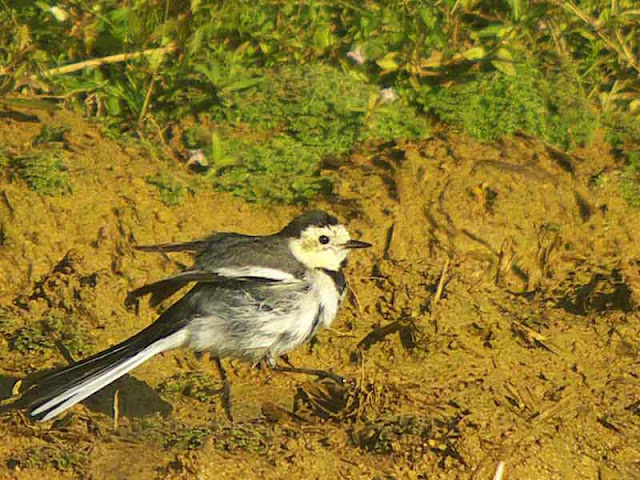 If there's nothing else you need from me, mister..... 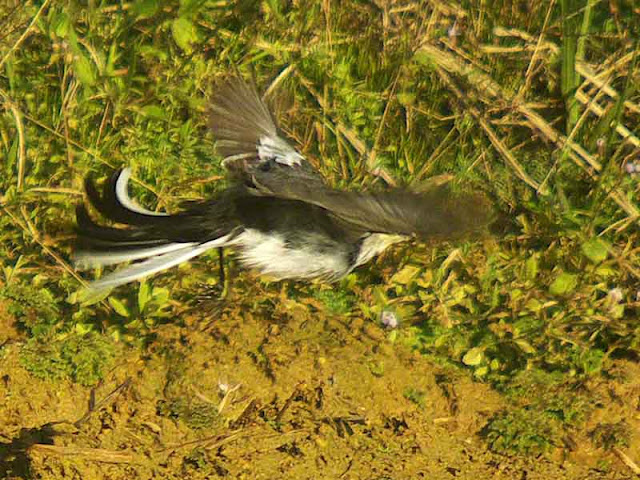 have a good, last-look at these tail feathers. 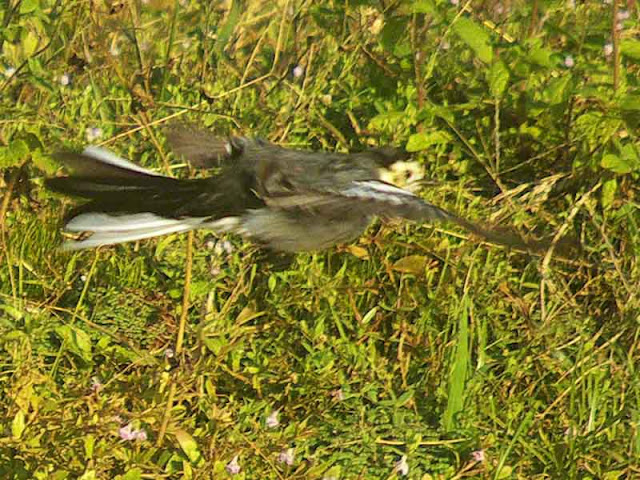 Later That Day and Evening

There were about six hundred photos, of various wild birds downloaded from the cameras.

The little hike with all the photography gear lasted longer than planned.

It had been an unusually hot day, for this time of year.

And, this old boy was feeling his age.

Friends and family held a party for me at a favorite watering hole.

It was nice; the birthday song, presents, and a cheesecake shaped like Dolly Parton's breast.

But, two beers were too many so, I drank most of them and went home.

What everybody, with birthdays close to the Xmas and New Year's Holidays, should do is this:

Tell the Zuckerberganator guy and all his Facebook friends what I did.

Make yourself somewhere between 88-105 years old and have your birthday in the summer!

Happy Birthday! I would have sent a present if I had seen it on Facebook. :)Glad you had a nice photography day and birthday celebration.

Cathy,
What? You'd really have sent a birthday present? OK. Just for you, my birthday is, ahem-ahum, next Saturday !