Snakes and a Shrine at Okinawa World (Photos)

Today we took the cameras and visited Okinawa World.

The Year of the Snake means something special to the folks at the Habu Museum. 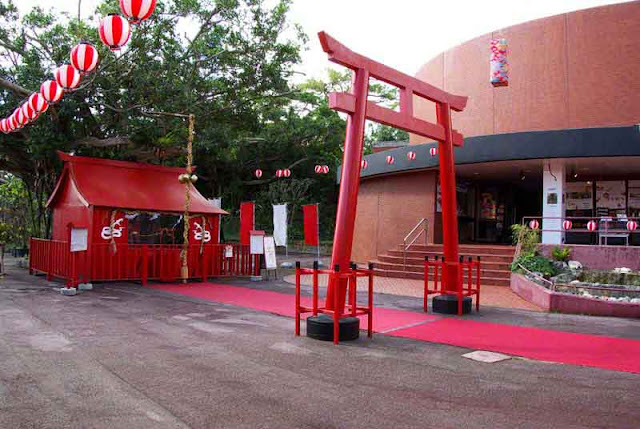 There is a snake shrine right in front of the snake house we went to visit. 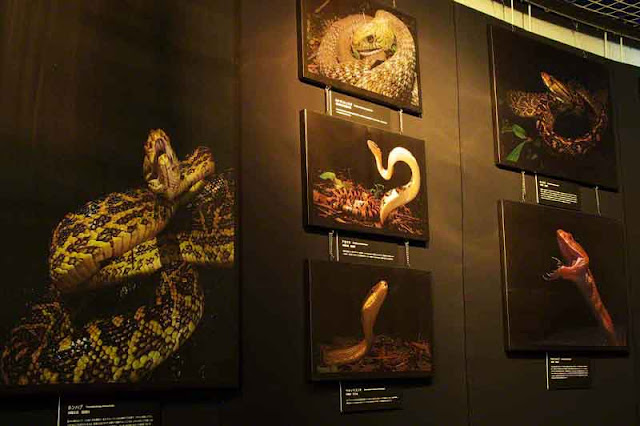 Inside the Habu Museum I shot lots of snake photos.

Looking for Latin or, scientific names, was my mission.  Having them helps my research.

Next time, I should get the photographers names to give them credit for their photos. 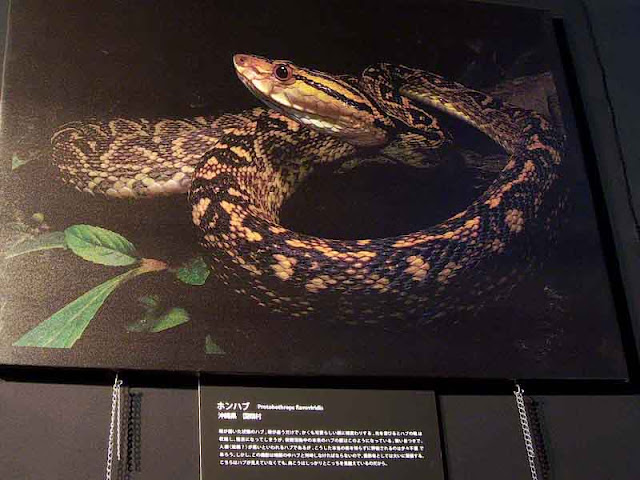 There are photos of snakes, from around the world but, I'm just interested in Okinawa snakes, for now. 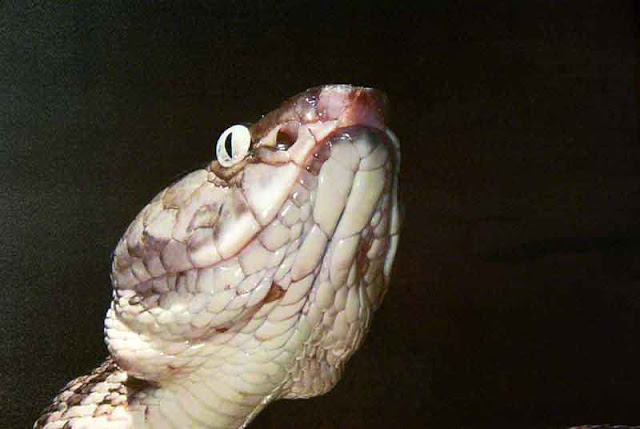 Like this rascal, here.  It's probably one of my favorite snake photos in the whole museum.

And, it is an Okinawan Habu. 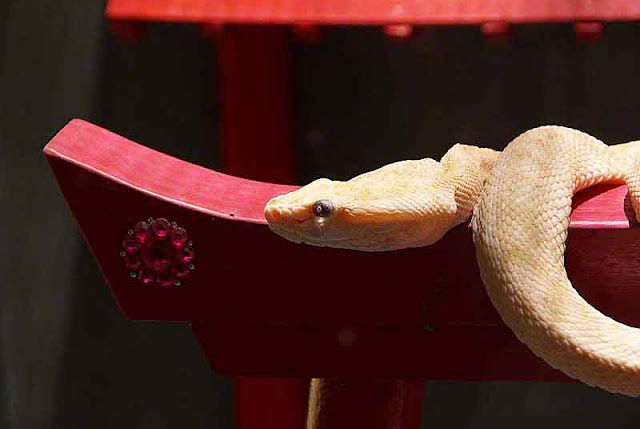 This snake, crawling on a torii, is the real thing, a White Snake.

There's no need to worry about him biting you.  He's in a glass cage.

There was another mini-shrine inside the place with a White Snake and a coin box.

People could put coins in the box, get their 2013 fortune and tie it to a rope.

A sign, I saw, said the snake came from Colorado, USA.  Hah !

Do you suppose he got a round trip ticket ? 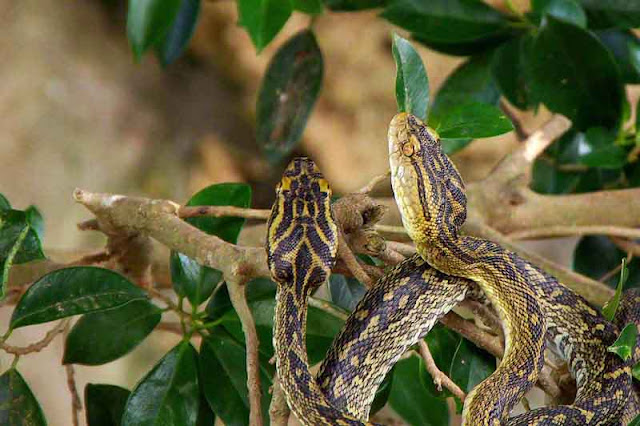 Outside, where the light was much better, is where these tree snakes were. 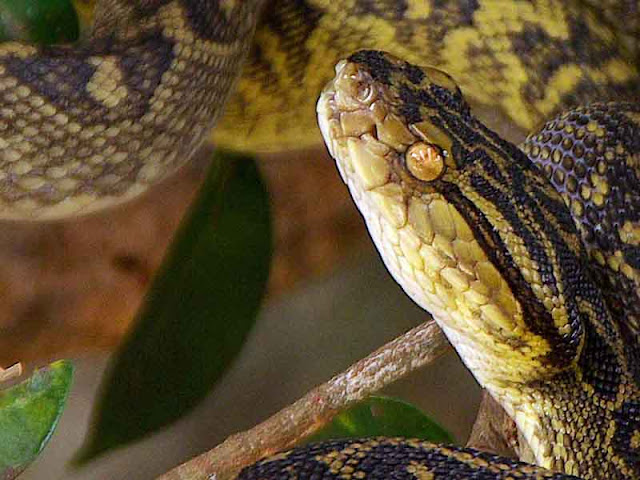 These guys are alive but, it's so cold out, they don't move around very much.

That's great for photography.  You can shoot at slow shutter speeds. 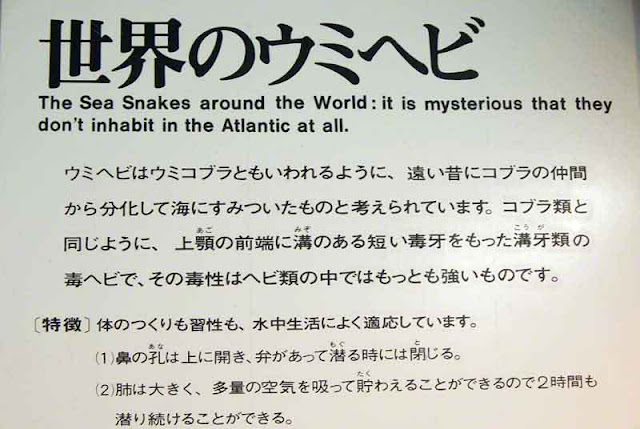 Here's something I learned at the snake house today.

The people who live around the Atlantic Ocean, don't have any sea snakes.

Did you know that ? 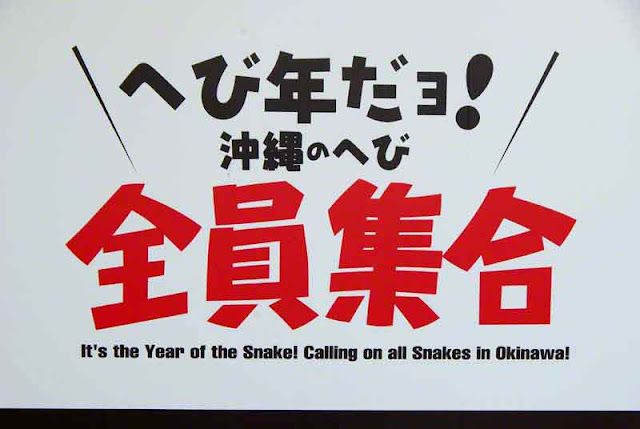 This sign caught my eye, too so, I wasn't going home without a photo of it.

It's the Year of the Snake !  Calling on all Snakes in Okinawa !

Get out there and party, Dudes ! 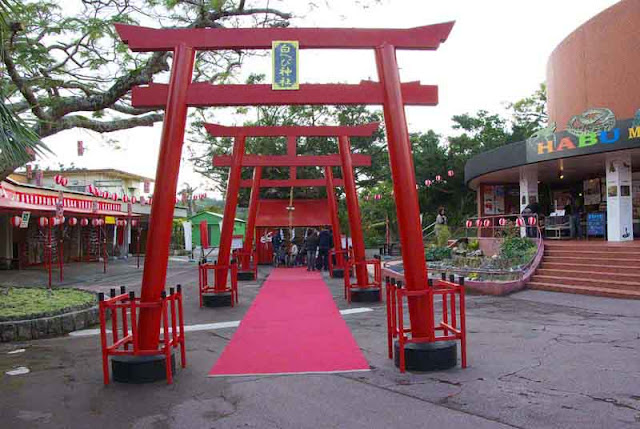 Next month, I think I'll go back down to Okinawa World.

Put on some brand-new yellow flip-flops and walk that red carpet, that's what I'll do.

And, I'm going to toss some coins in the box, grab a fortune and ring the bell.

That's when 2013, the Year of the Snake really begins so, we should do it right !

Learn more about the Chinese Zodiac at TravelChinaGuide.

Visit my website for today's Feature Photo
Posted by RyukyuMike at 2:52 AM

Year of the Snake and they set up a Shrine. Last year was the Dragon, I wonder how they did a shrine 4 that one???

Doc,
They probably didn't do anything special, last year. There was no Dragon House for them to place a shrine in front of. We should build a place for dragons in Kin Town !