Today was one of the warmest New Years Days, I've ever seen in the Ryukyu Islands. 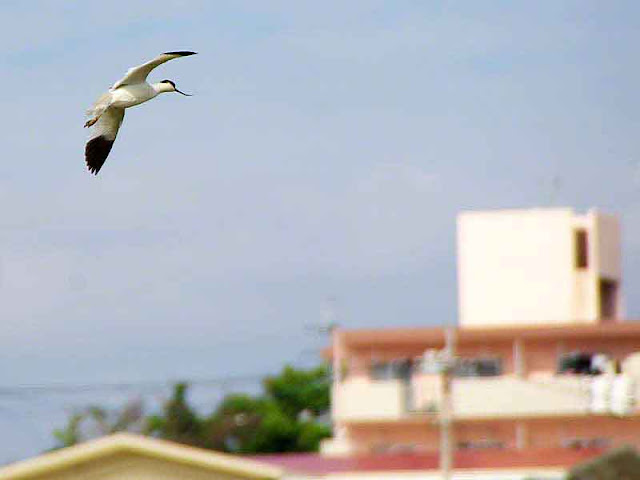 RyukyuRusty came by and we packed up the cameras.

The first stop was the Kin Temple. More on that later. The urge to shoot wildlife took over. 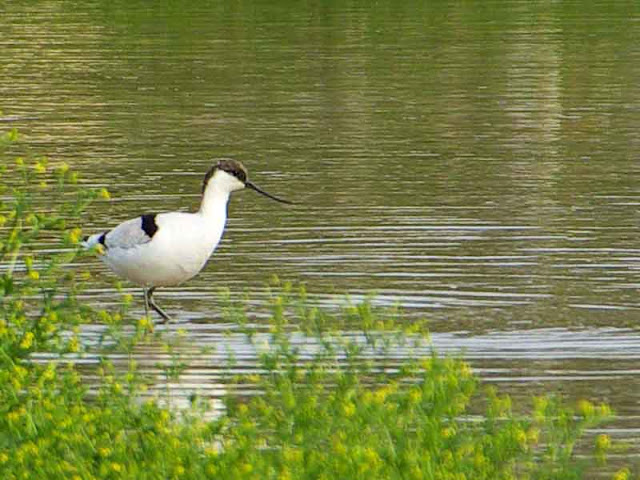 A guy with a Canon camera and lens (that probably cost more than my first house) showed up.

He had a picture of this strange looking bird and guided us to the spot where he saw it. 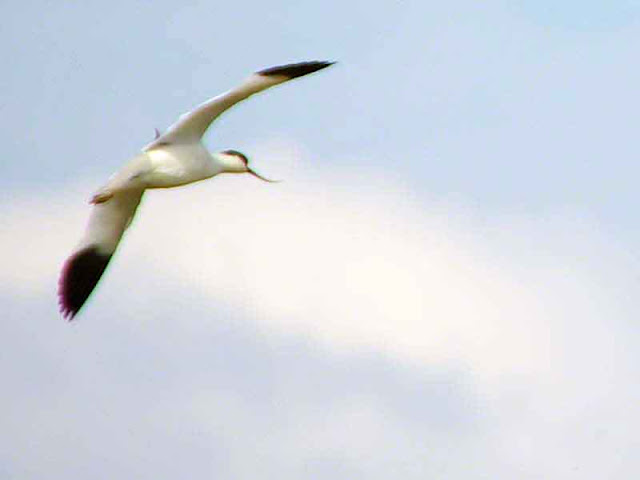 This bird is a Recurvirostra avosetta.  Pied Avocet is easier to remember.

It has a beak on it that looks like a bent sewing needle. 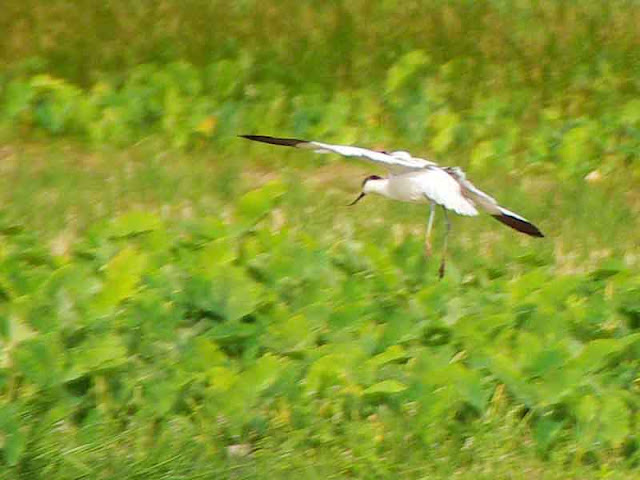 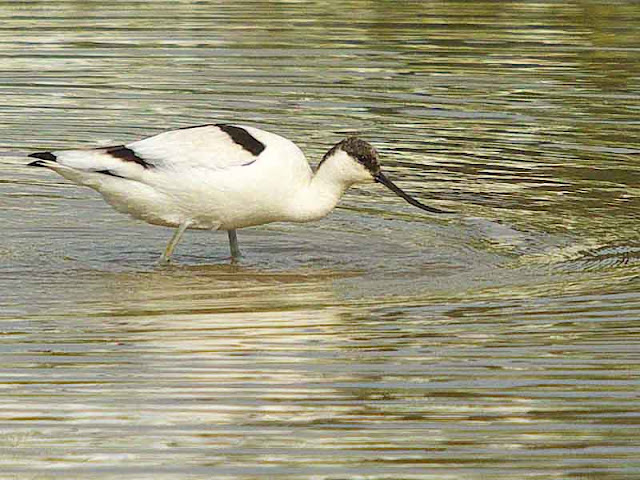 My "Birds of the World" book says they eat little aquatic animals.

ARKive has this to say about the Avocet,

"An elegant and striking bird,  the avocet (Recurvirostra avosetta) gains its common name from the black colouration on its head, which resembles the cap once worn by advocates, a term used for lawyers in certain countries."

What more could a guy ask for, on the first day of a New Year ?

Somebody shot an attorney in flight.  Hah !