Does the Full Moon Cause Lunacy ?

It has an effect on the tides and that causes strange things to happen in the animal world.

And, it got me thinking about some of the crazy things people do, too.

Just making preparations for tomorrow's full moon I had one heck of a day.

Wanting to get some camera practice in tonight, I deliberately, didn't drink last night.

So, I was up at the crack of dawn.  I promised the Missus, I'd go shopping today.

Shopping, to me, is worse than having root canals.  But, people have to eat.

It took a little convincing (the wife) that we would save a lot, if I went by myself.

By myself, means the front seat of the car gets loaded with camera gear. 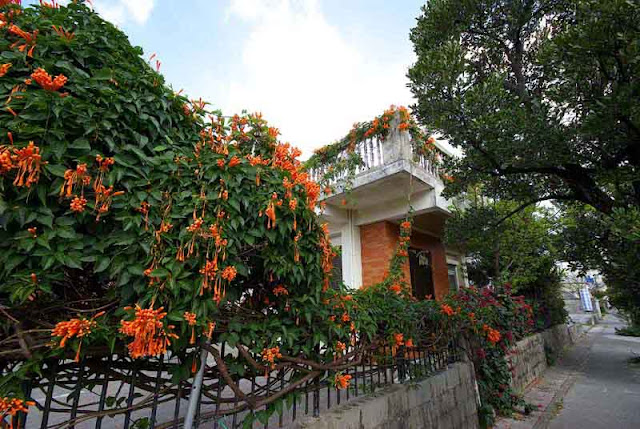 Heading home with the trunk and back seat full of groceries got me smiling.

Going by myself must have saved me at least a hundred bucks.  Hah !

And, I spotted this Flame Vine growing on someone's house.

So, I whipped a U-turn and shot this photo to show how huge they get in Okinawa. 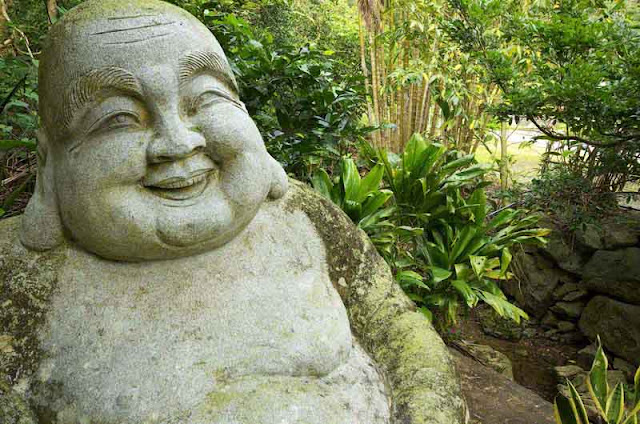 Feeling a little guilty about leaving the wife, home alone, I came up with a plan.

"C'mon baby let's go for a Sunday drive, after you put the groceries away", I said.

So, back up to the mountains of Motobu, I went for the third time in a week.

The Missus could see Buddha, natural rock gardens and all kinds of flowers. 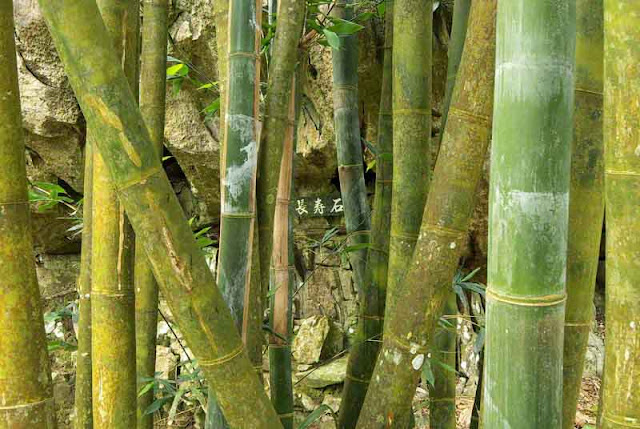 Plus, she could read that Kanji on the rocks, beyond the bamboo.

Now, I know what it says.  It's the Long Life Rock.

Just when I was about to say "Mission accomplished, let's go home" I remembered something else.

We climbed up to the top of the hill and I introduced the wife to this sweetheart of a lady.

They got drinking green tea and chatting. 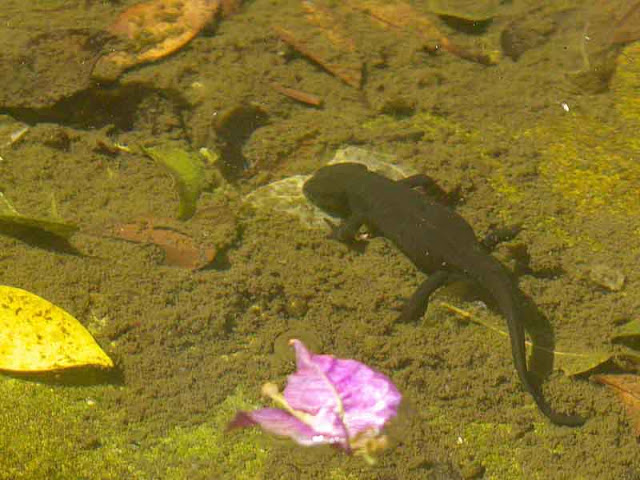 That gave me a chance to try and get some better photos of these critters. 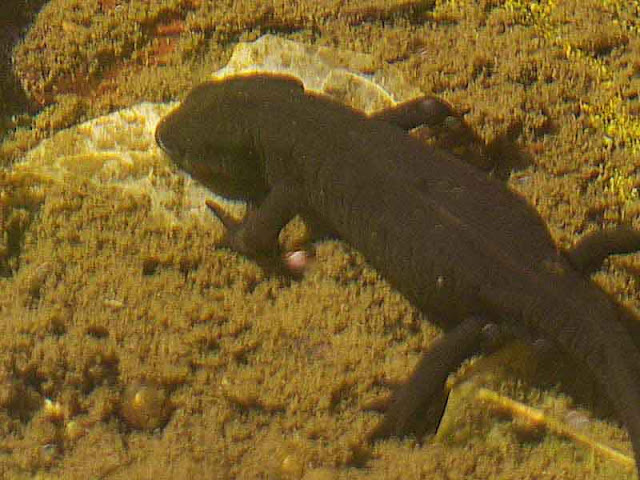 A rare, endangered species is what they are.  I still want better photos.

But, this was enough for today.

Get out of the mountains without the wife filling the car-up with plants and flowers became the plan.

Getting ready for a moon shoot sometimes, requires a nap. 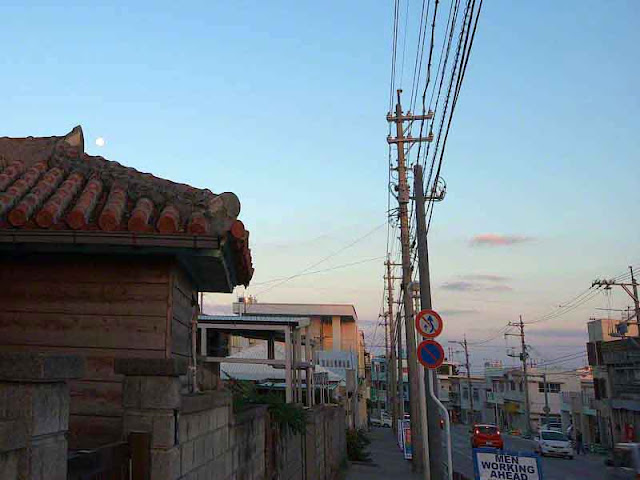 At home, I crashed from 4 to 5PM and was at my office by six.

If you look, real close, the moon is peeking over that orange-tiled roof.

It was 6:11PM when I took that wide angle shot. 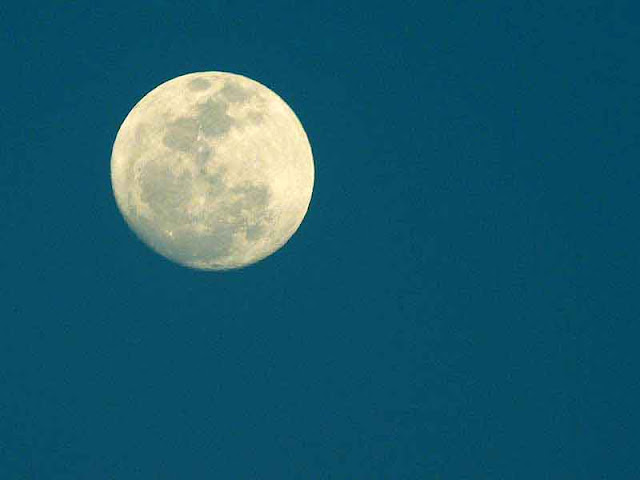 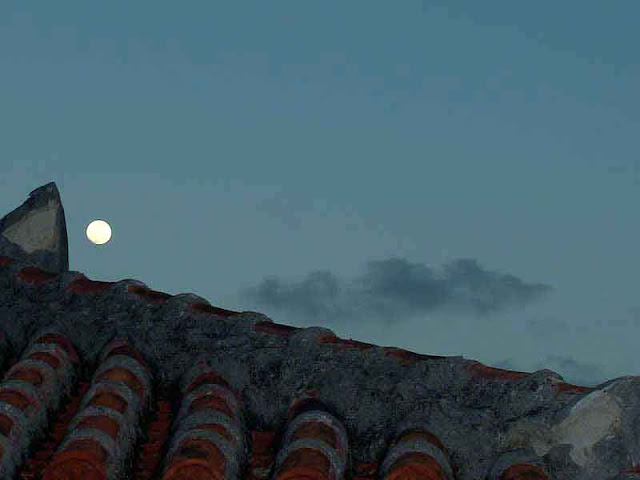 Next, I played around with different compositions and crops. 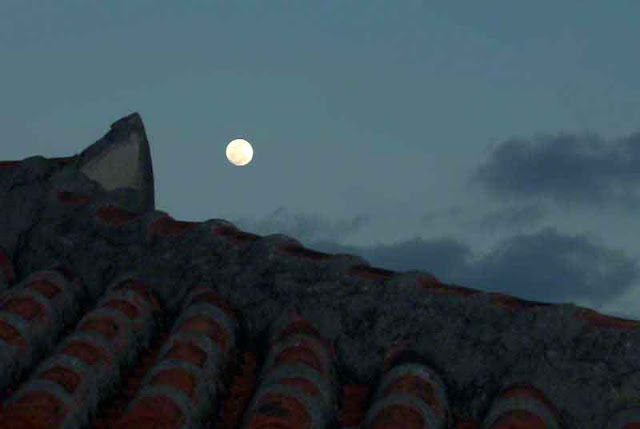 People walk by and look at me like I'm crazy but, it's not lunacy; it's practice, to me.

Running in and out of the office, I swapped cameras and lenses, a few times.

It all pays-off when it's time for the real-deal.

While I was in the office, I checked email a few times tonight, too. 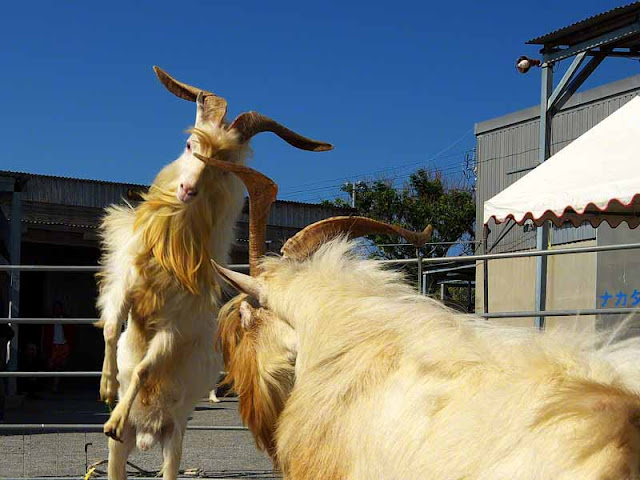 That's how I found out this Goat Fight photo essay was published.

Do you know how to capture a photo like that ?

Just lay down on the ground and, act like a lunatic, before a full moon !

Posted by RyukyuMike at 4:09 AM

I'm surprised you found your way back up there! lol...

You felt guilty about leaving your wife at home??? Such is life and the price we men have to pay!!!

Doc,
Unbelievable but, true: Total expenses for the day trip with the wife, came out to be about the cost of one large Orion Beer !

Anon,
Thanks. We did get lost, a few times but, my translator (better half) could read the signs. And, that's how we gotterdun !