Orchid (蘭) Lovers: A Dozen More Photos for You

From the Okinawa International Orchid Show 2013

Yesterday was round two for me in the Tropical Dream Center for the 2013 Orchid (蘭) Show.

In no particular order, except the way they came out of the camera, here are 12 more photos. 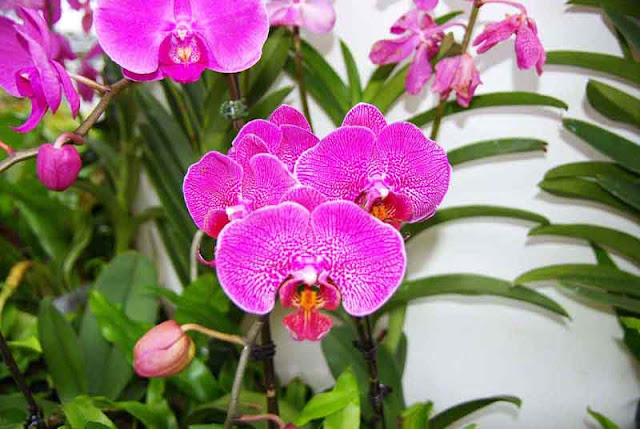 This was a freebie, I shot before even buying a ticket to get into the place. 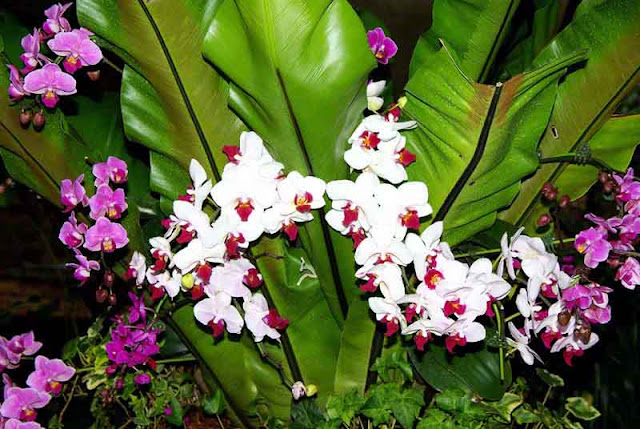 Normally, I wouldn't use camera flash but, I had to on this shot.

The options were, shoot and move along quickly or, get run over by a busload of tourists. 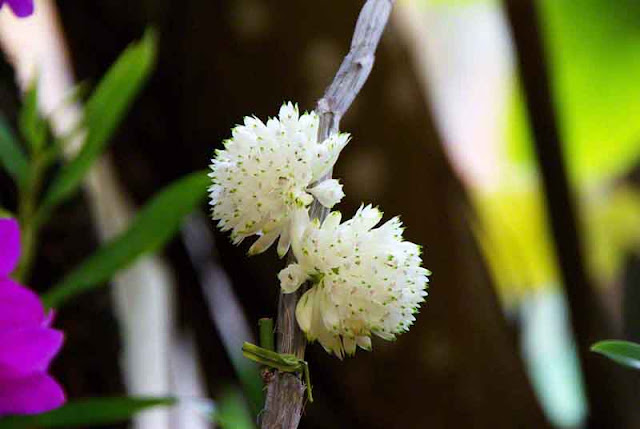 Now, I'm not going to tell you this is an orchid because, ahem-ahum, I don't really know.

Everybody was oouing and ahhing and sniffing the thing. 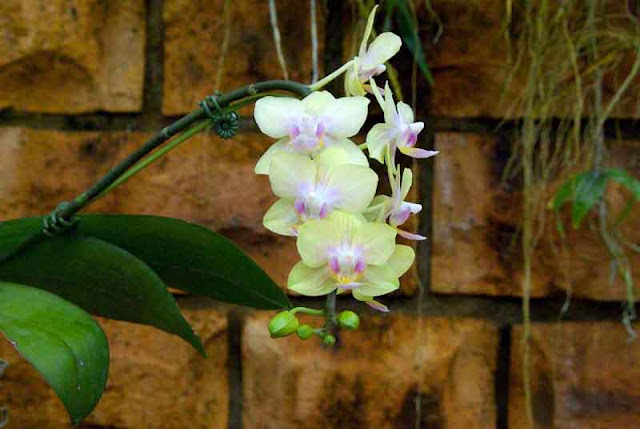 The more I get around these flowers, the better I get at identifying them.

For example, when I saw this one, I said to myself, "Now that's a orchid, for sure." 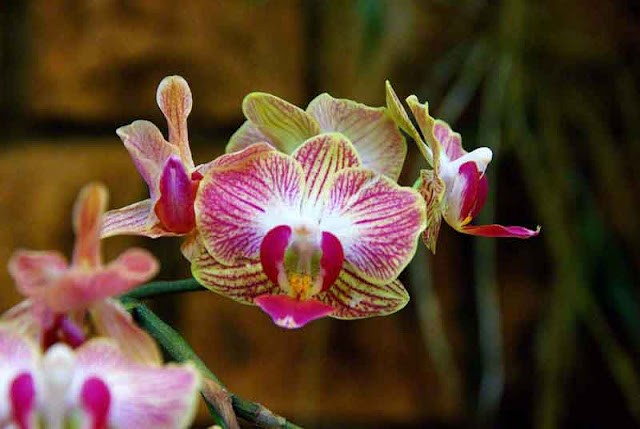 If I was a judge, I'd vote for this one.  It just has awesome colors. 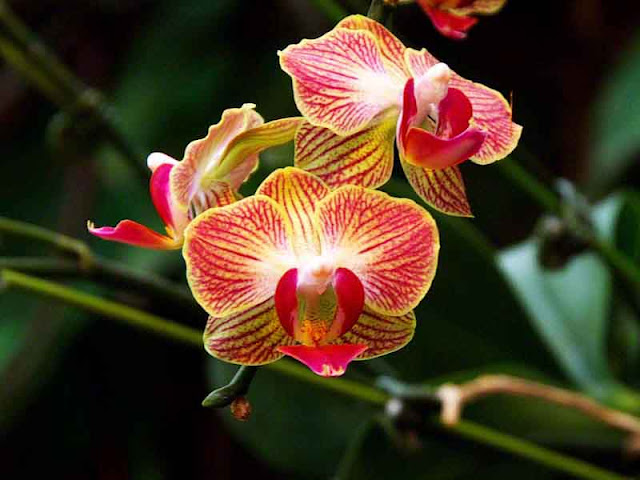 They should give me the keys and let me loose in there after closing time.

That would be fun.  Plants could be moved around for some award winning photography. 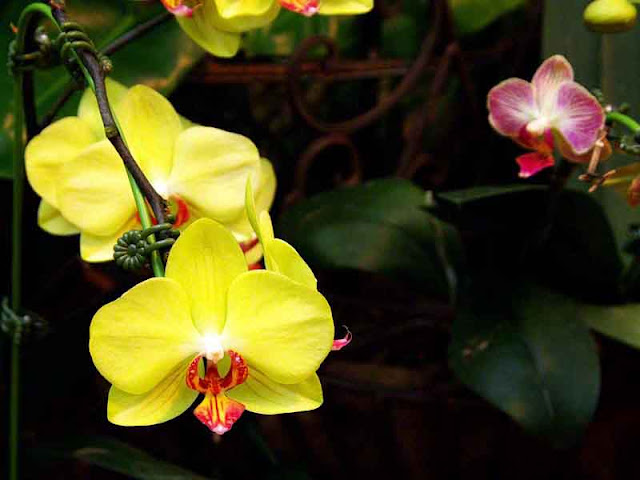 After moving an orchid for the best photo composition, I'd put it back right where it came from.

That's what I do, anyway, when nobody's looking ! 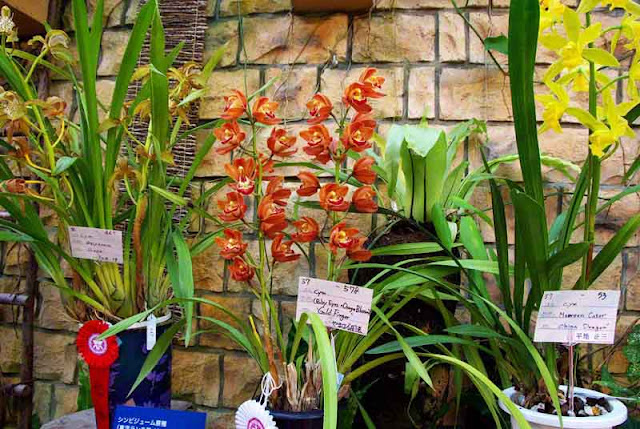 The system for awards, on these flowers, beats me.

One of these days I'll have to ask what the red, white and blue ribbons mean. 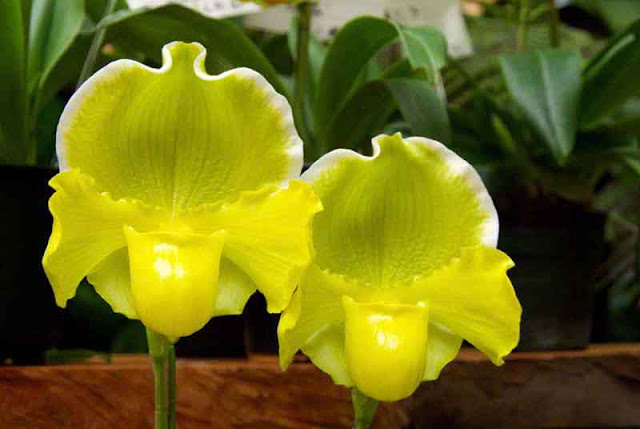 These yellow characters looked like they were trying so say something to me.

So, I told them to hold still while I was shooting.

Yup, I talk to plants, too. 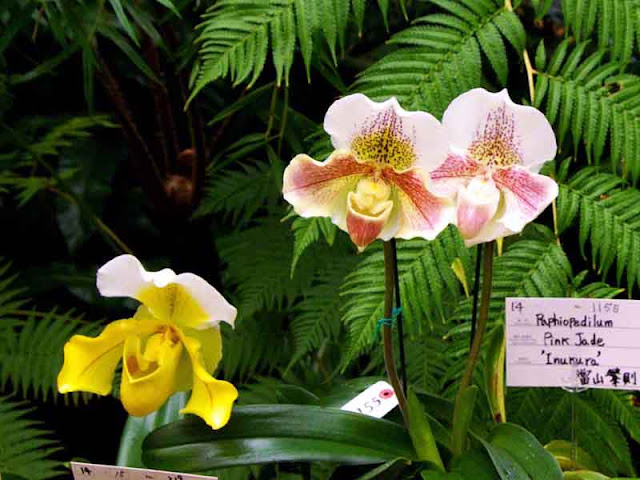 Lucky, for me, Doc from the GoyaRepublic was there.

He could tell people the old man with the beard isn't really crazy when they saw me.

Plus, having someone else along made it easier to navigate.

We only got lost a few times and, I think we found all the orchids. 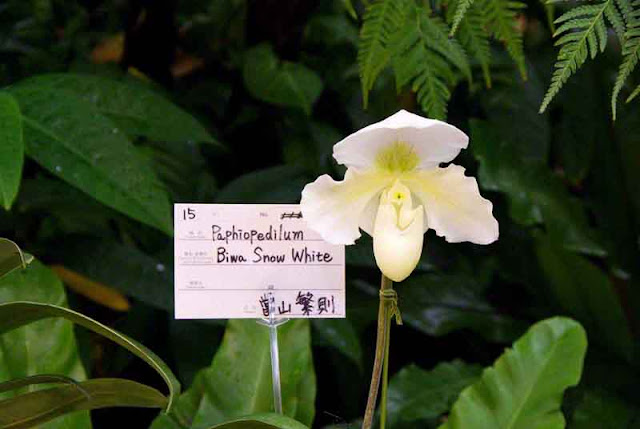 Here's a Snow White.  They may have had seven dwarfs there, too, for all I know.

It got me thinking. How do you pick a name for an orchid ?

And, I wonder if an original name is like putting a title on a photo.

Do you suppose the name has any weight with the judges when they pick a winner ? 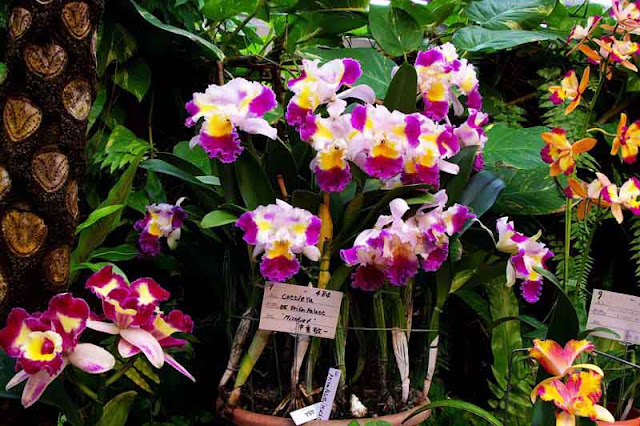 If they don't already have an Orchid (蘭) Shows for Dummies, somebody should write one.