A Favorite: Okinawa's Goya Chanpuru and A Recipe for You 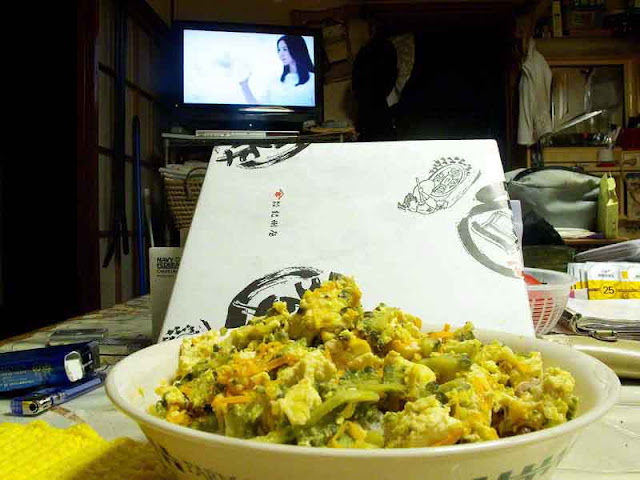 Goya Day in Okinawa May 8th !

Not to worry.  I didn't forget about Goya Day.  I just forgot to tell everybody else.

For those who don't know, a goya is called a bitter melon in English.

Bitter, is the word that best describes them.

People either love or, hate goya.  There's no in-between.

Sort of like beer; it's an acquired taste.  I love the stuff.  Beer, too.

In Okinawa we like to party so, we celebrate anything we can.

See, in Japanese, the word "Five" is "Go" and May happens to be the fifth month.

The eight day of the month gets a little tricky, to explain. Let's try, anyway.

Well, you put the "go" and "ya" together and that gives you goya.

It sounds like a good enough excuse to celebrate, to me.

So, that's what I did, until the wee hours of the morning.  The Missus was with me, most of the time.

The photo above was my Goya Chanpuru, just before I consumed the whole thing.

If you want to try making your own, I'll hook you up with this video I found.

Some crazy gal cooks the stuff with her dog on the kitchen counter !