It just dawned on me today.  It's time to head up to the Village of Izumi.

Any time now, the hills turn a brilliant color of blue or maybe, it's purple; depending on your eyesight.

May is the month of the Ajisai (アジサイ) Matsuri (Festival) and you won't want to miss it. 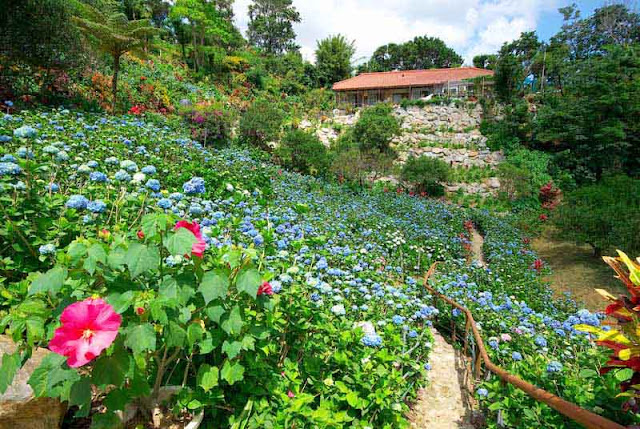 This festival is brought to you buy a sweetheart named Uto Yohena.

The hills surrounding her home were tangerine groves. 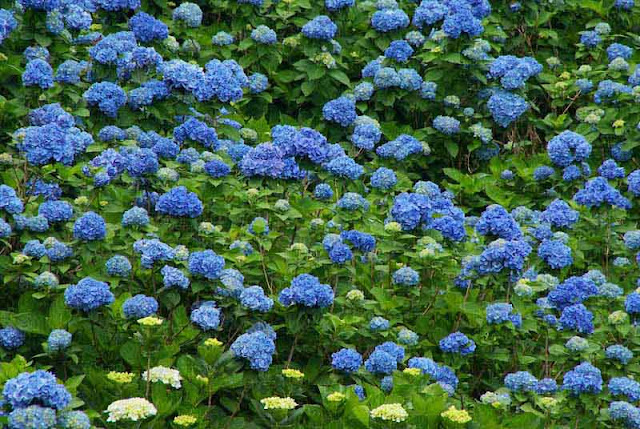 Over thirty years ago, when she was in her late sixties, she fell in love with Hydrangea. 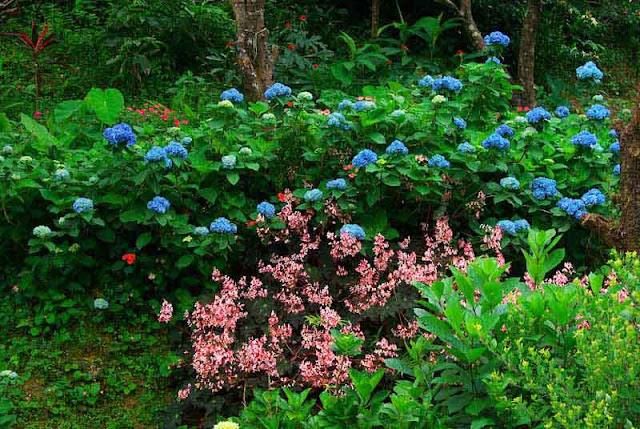 So, she started planting them everywhere, along with begonias and other flowers, too. 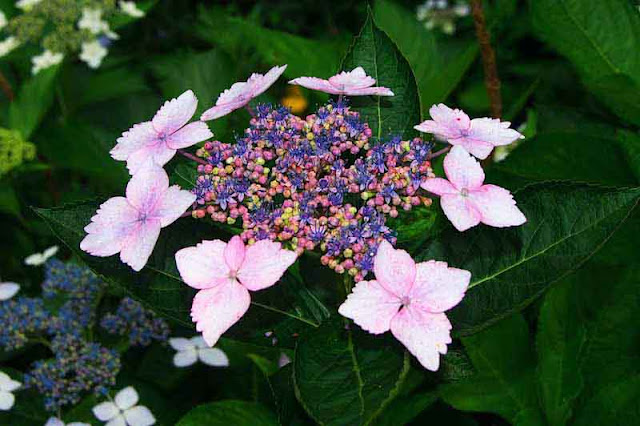 Every year when I visit, I get lost but, snag some awesome colored photos. 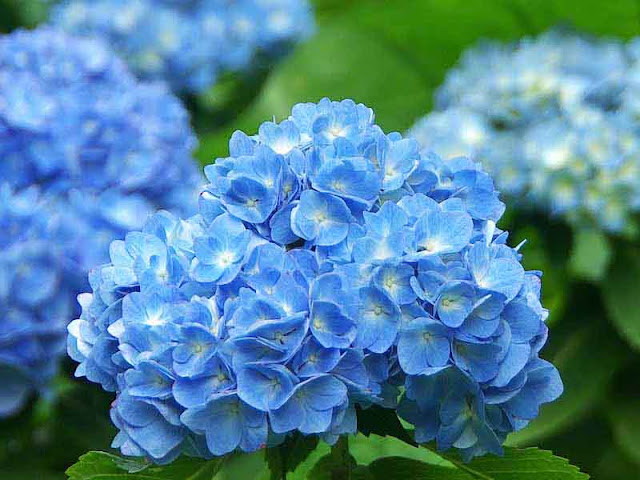 It's great exercise, climbing those hills. 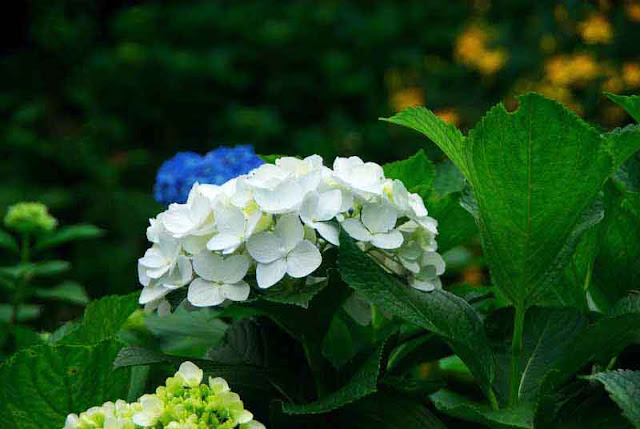 Truthfully, I wouldn't know the difference between a hydrangea and a magnolia.

But, it feels great breathing mountain air and shooting a camera. 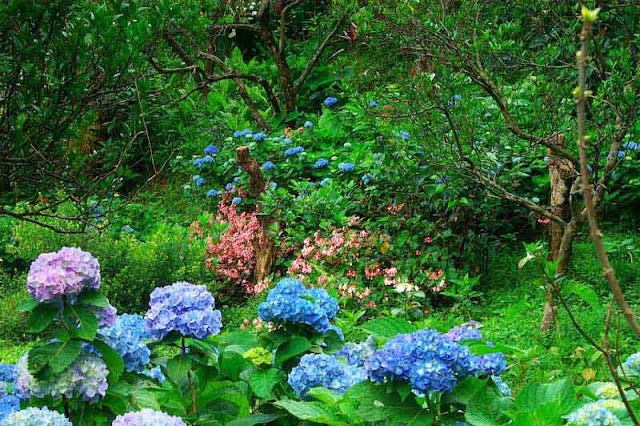 When people start gathering around and messing with my composition, I just say,

"Look at all those Ajisai, over there." 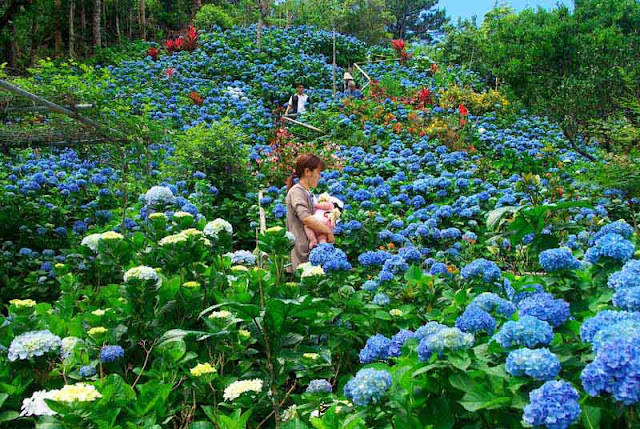 And it works.  They leave my scene. 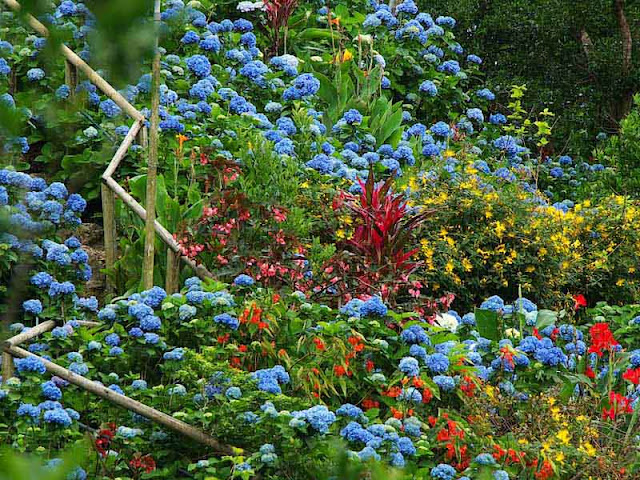 That leads me to believe those blue or, purple flowers could be the hydrangea plants.

And, the people, who get the heck away from me, must think I know what I'm talking about. 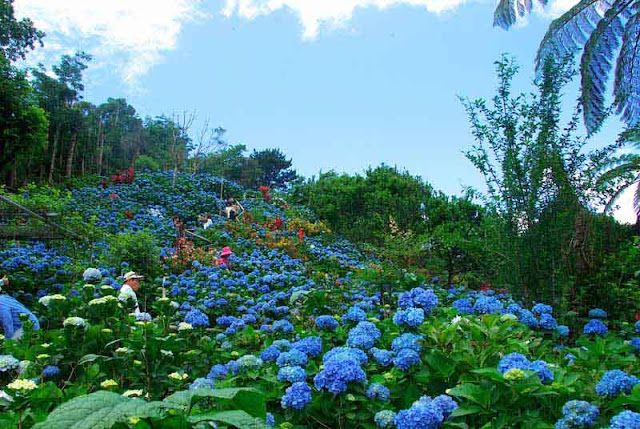 Ten of these photos are the best ten reasons to visit the Ajisai Matsuri, to me.

But, I end up taking hundreds, anyway.

This year, I'll bring a framed print to present Yohena-san.

She's really the magic behind all the flowers up in those hills so, I kinda like her !

It is rainy season, in Okinawa, right now.  I'll make a trip to Izena, shortly.