Research on this flower led me to the School of Chinese Medicine.

That's because Mrs. RyukyuMike made all kinds of claims about the stuff.

Sannin (Okinawan dialect) or Gettoo (Japanese) is a well known and popular herb. 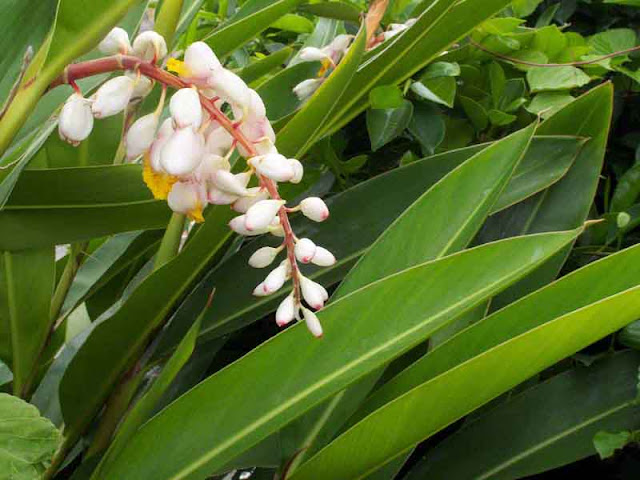 She says, it keeps snakes away.  And I say the dogs can do that. 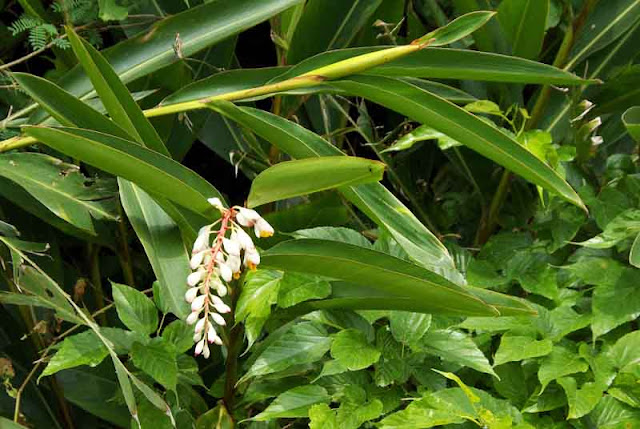 It keeps bugs away, too.

Well, I wonder why there's so many snakes and bugs in the jungle, then.

That's where I first noticed these white flowers blooming; in the dang jungles.

Spiders, snakes, gnats, mosquitoes, butterflies and all kinds of critters live in the jungle. 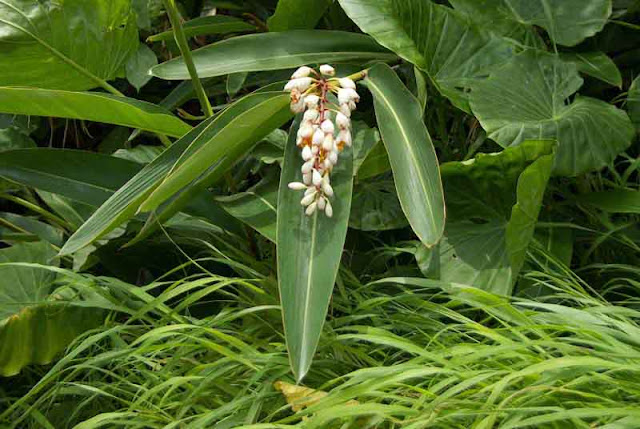 And, she tells me when you're 64, in Okinawa, you should eat mochi wrapped in those leaves.

It reminds me of the slimy wallpaper paste they used before wood paneling was invented.

Thinking she's just trying to get me wasting money on another plant, I grabbed a camera and left. 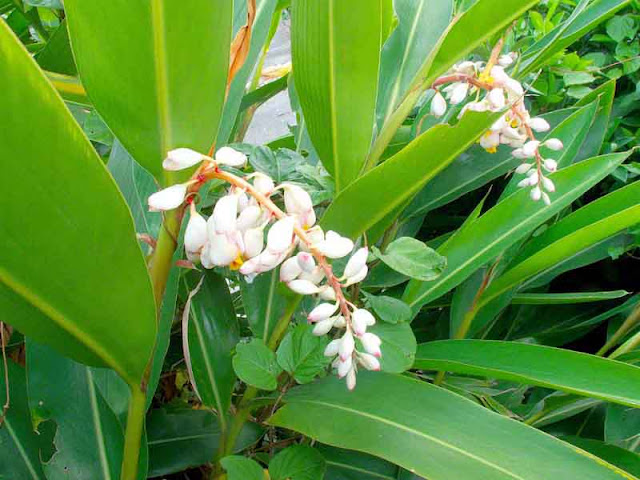 They have these plants in lots of yards around my neighborhood.

So, I shot some with the Canon G12 handheld. 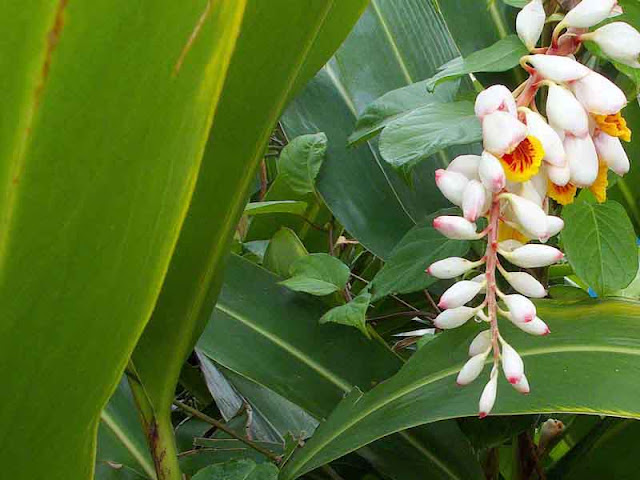 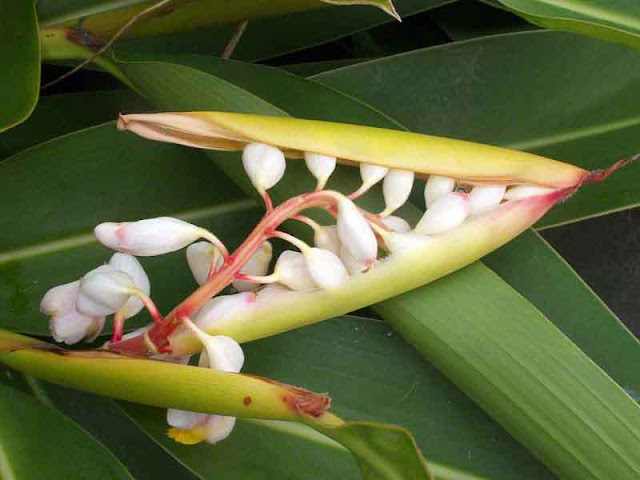 Here's one I found, just starting to open.

China Already Rules Half the World

And, I just learned, they have more English speaking people than the USA.

So, I Googled "Alpinia zerumbet, Plant, China, English" just for the heck of it.

It got me into the Hong Kong Baptist University Library. The site is in English.

They use the shellplant to cure all kinds of things.

Malaria, belly aches, bad hearts, gas, the screaming willies, you name it and they have a cure.

Not to appear as some sort of traitor, I got the USDA site.

That's the United States Department of Agriculture and they speak English, too.

Another great place to learn about these flowers is Dave's Garden.

Now, I have to pack-up and hit the trail.

Somewhere out there, one of these plants is waiting for me to dig it up and bring it home.

There's no sense letting the wife waste good beer money to buy one !