Then and Now (Photos) A Scene from Ginama in Okinawa Japan 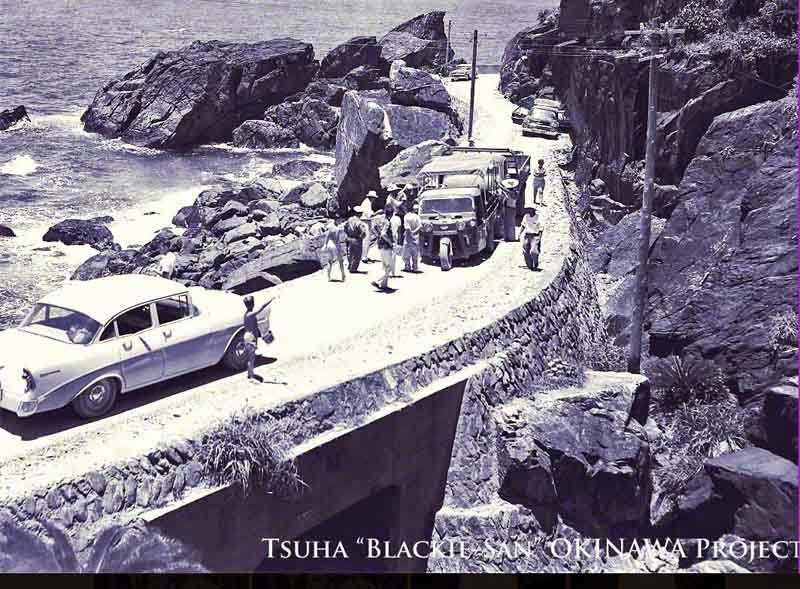 The black and white photo was taken in the 1950's

The road, along the west coast of Okinawa, was known as HWY 1, back in those days.

The photographer, who went by the nickname, Blackie, I never had te pleasure of meeting.

His son, WBM Bradford, I have become friends with online.

Okinawa has changed plenty, over the years.

Though I love doing this sort of thing with the camera, I wasn't sure I could pull this one off. 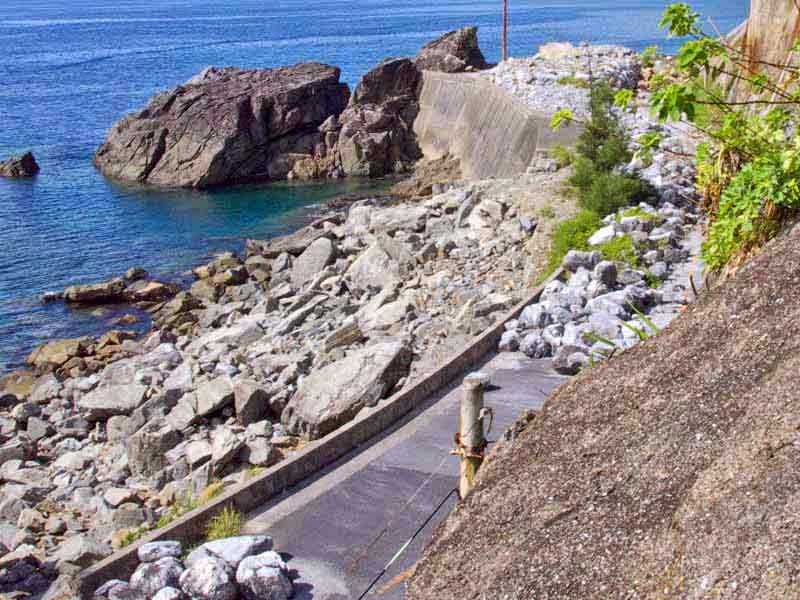 This color photo is the scene as it looks today.

The rocks, just off the highway, were the landmarks, used to duplicate Blackie's photo.

Landslides, over the years, covered this part of the thoroughfare.

Old HWY 1, was renamed HWY 58 and, is still a major highway heading north.

This portion of the road, has been closed to traffic.

A tunnel was built, re-routing the highway, off to the right of this location.

The cameraman, would have to climb, in order to duplicate the original photo.

With a copy of the B&W image, Rusty, climbed and got the job done.

Posted by RyukyuMike at 5:31 AM

Muza-chan, Thanks. I loved it, too; especially, the part where, I didn't have to do the climbing !