Finding all the trees, designated National Monuments, in Okinawa, may take a year or, two.

Today, we were lucky enough to locate this one, while traveling down south. 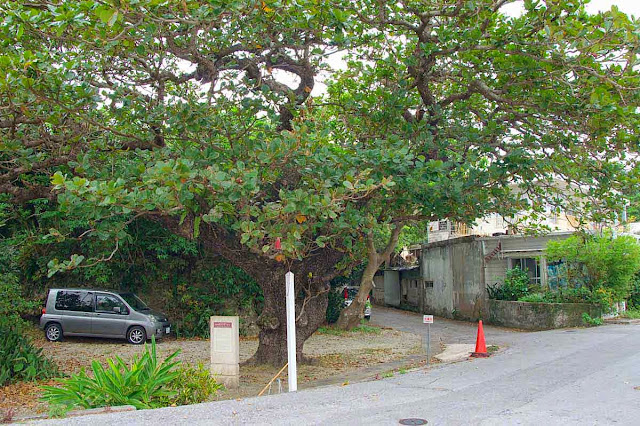 It was planted during the Meiji Era and is estimated to be over 200 years old. 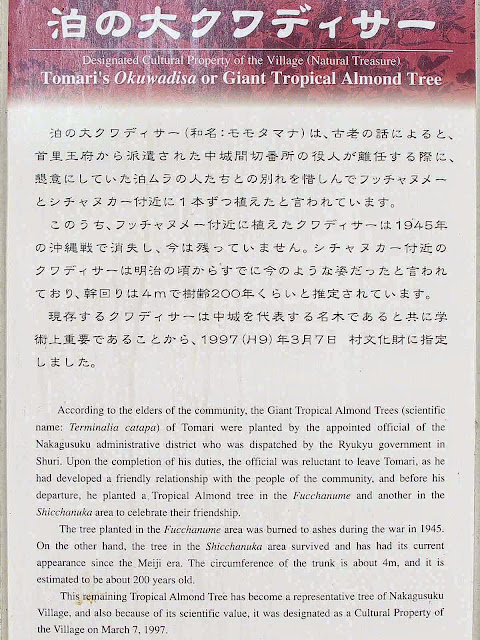 Okuwadisa would be the tree name in local dialect.

Tropical Almond or, Seabean Tree are common names in English.

The Latin name is Terminalia catappa. 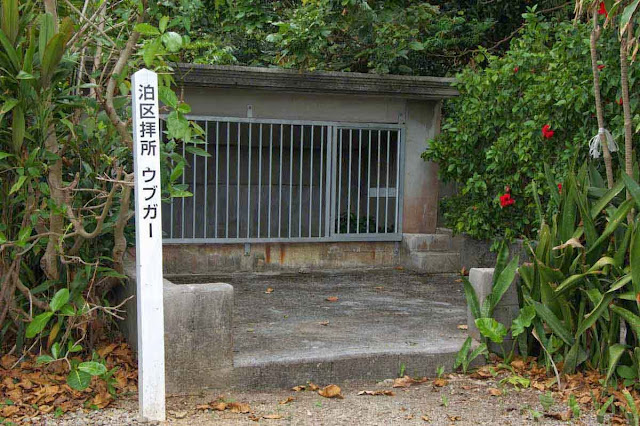 Off to the left of the tree is a sacred well for drawing water.

A kind gentleman from the neighborhood, gave us a tour of the entire area.

This is the Shicchanuka district of Tomari.

It is chock full of sacred sites and, my senses tell me, they hold some special rituals there.

It may take a few more visits and, I know I will make some new friends.

The place feels mysterious. More to come, on it, later.

Back to the Almond Tree

It is one of two trees that were planted in Tomari.

The other, was in the district known as, Fucchanume.  Both were gifts from an official.

He was a representative of Shuri, who had completed his assignment.

During the Battle of Okinawa, the tree in Fucchanume was destroyed.

The remaining tree was designated a Cultural Property in 1977.

Posted by RyukyuMike at 3:04 AM