Look Who I Met Under a Bridge to Nowhere 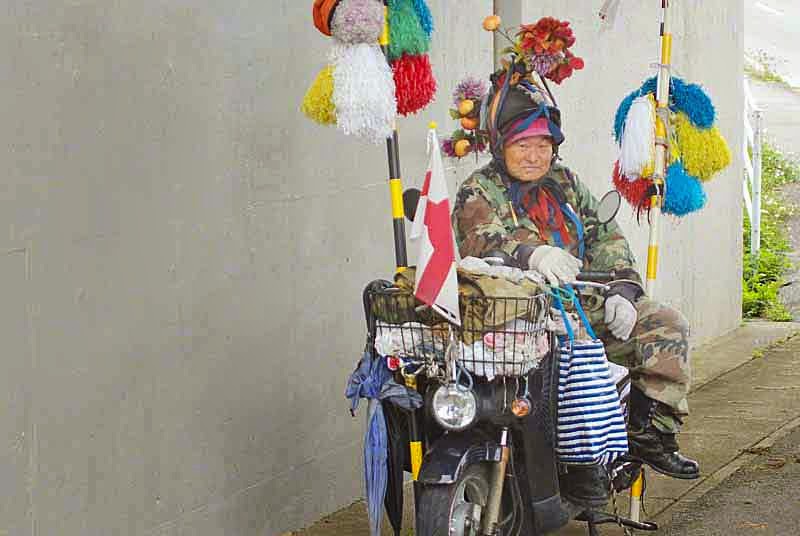 Not Seen Every Day in Kin Town

This over pass would provide some shelter, I figured.

It must be my lucky day.

No rain happened plus, I got to meet a celebrity.

We chatted awhile, in English, Japanese and, a bit of Okinawan dialect.

We had to figure out who was the eldest between the two of us.

Politely, I asked for permission to take his photo.

And, I got him to sign a model release, just in case, I need one, someday.

A Few Things You May Not Know

His bike is made by Honda.

He is more fun to talk to than most world leaders.

And, he may be smarter, too.

Ohio Ojisan (は おようおじさん) is what  the locals call him.

He has been interviewed in English:

And, interviewed in Japanese:


At the time, I didn't know he was such a popular public figure.

I wouldn't have bothered with the model release.

Back at the office, I researched and found out all this stuff.

Now, I wonder where he bought that yellow shirt !
Posted by RyukyuMike at 12:25 AM