12 Photos from a GPS Waypoint Trek in Kin Town Okinawa 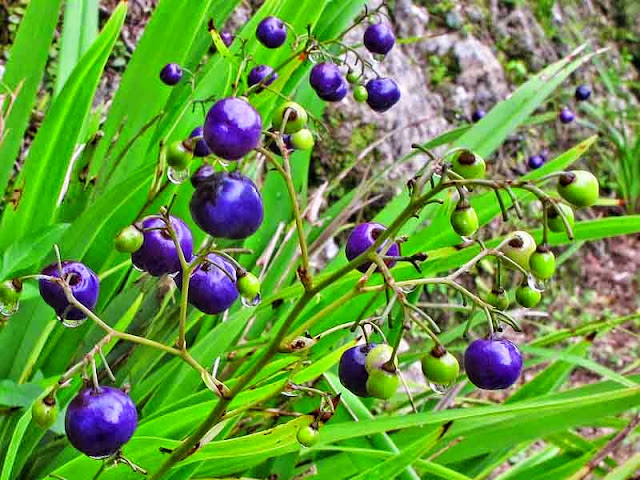 What the Heck is a Waypoint ?

This is something I have been experimenting with for the past week.

With a camera and a handheld GPS gadget, you can record where you have been traveling.

Each time you take a photo, take a reading with the GPS device and, save them. The rock is a landmark in Kin Town; remains of a castle wall, maybe.

The purple berries caught my attention so, I shot them to see what flowers blossom, later. 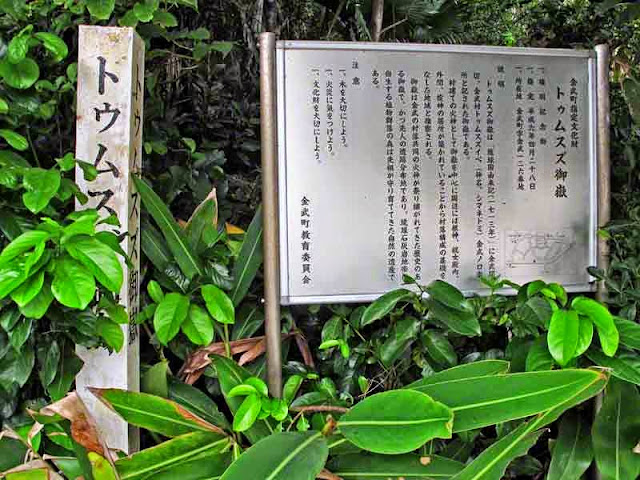 Up to this point, the trek was mostly along city sidewalks.

Now, it was time to go off-road for a little while. 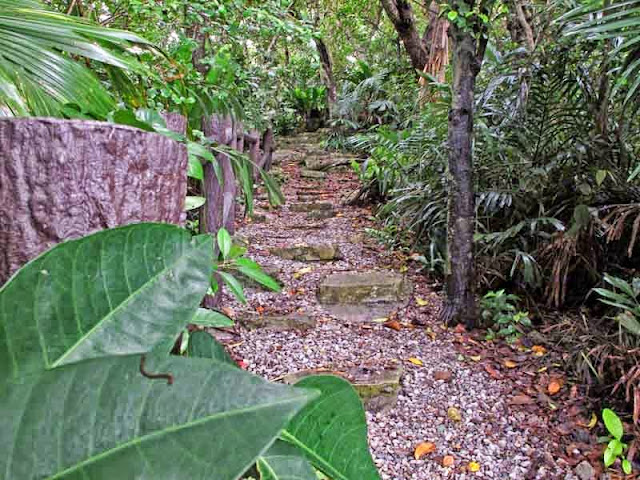 It would be nice to know if the satellites, in the sky, can find me when I go in here.

Each time, I stopped for a photo, I entered a GPS waypoint on the handheld gadget. 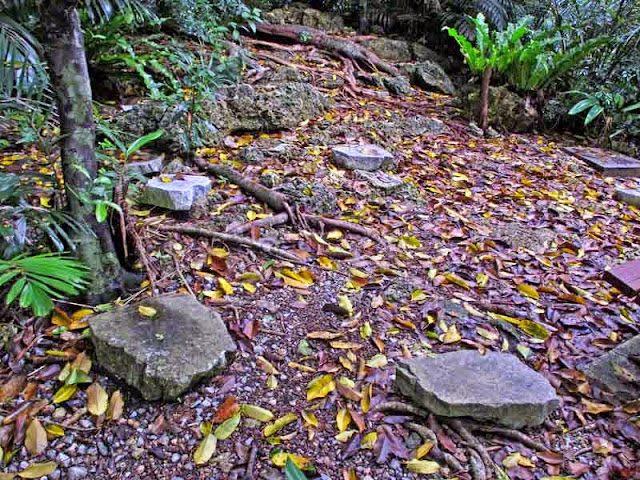 Things were slightly wet and slippery in the woods because of recent rains.

The fresh air and smell of composting leaves in the forest felt good.

Cabin fever sets-in after a few days of being house bound during rainy season. 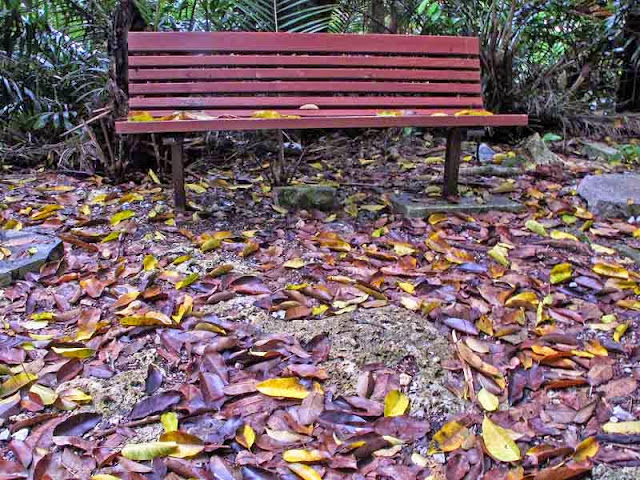 This park bench gave me an idea.

Get out of the woods and buy some iced coffee and sandwiches, it made me think.

This little journey was through a sacred site called Tomusuzu Utaki. 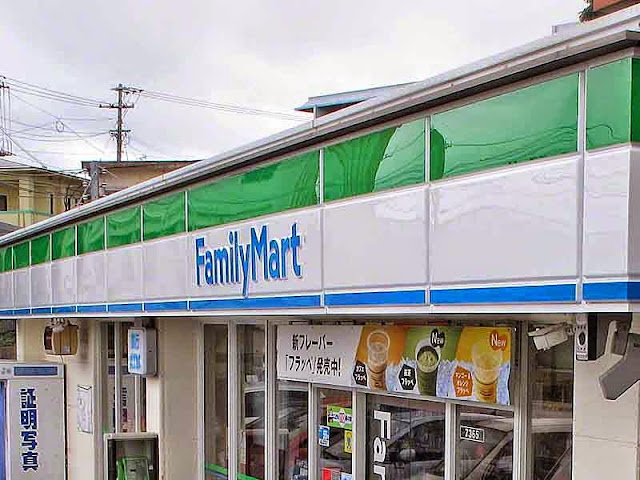 A little ways down a hill from the Utaki, is this convenience store.

Once a few sandwiches and coffee were packed away, it was time to go back in the woods. 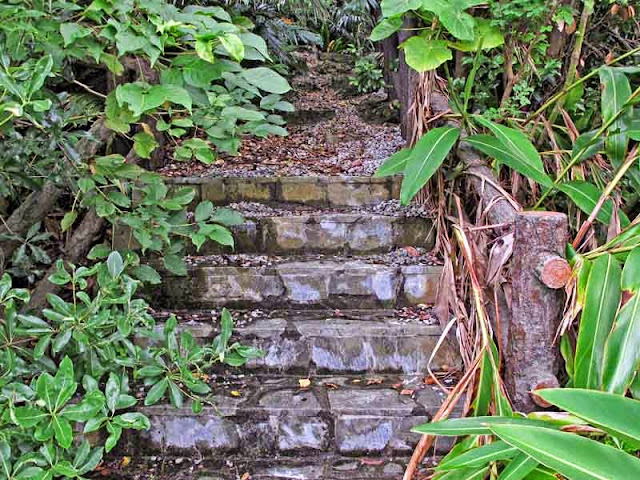 There are some mysterious sights along these trails through the woods. 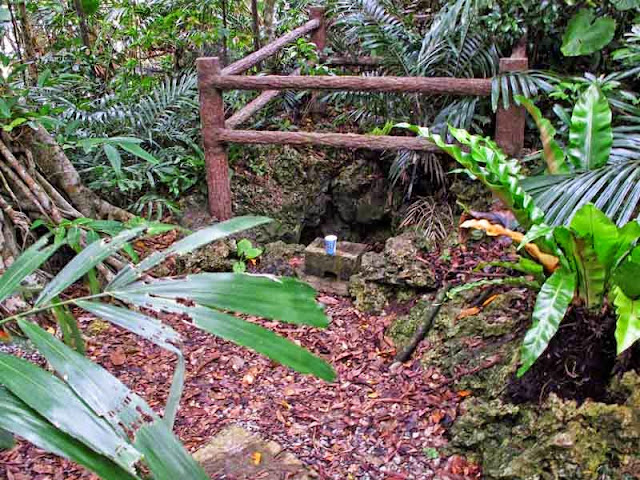 A Kin Town pamphlet says there are records of this site dating back to the 18th Century.

Have a look at that cup in the center of the photo.

It has been placed at the entrance of a cave and, someone put it there recently. 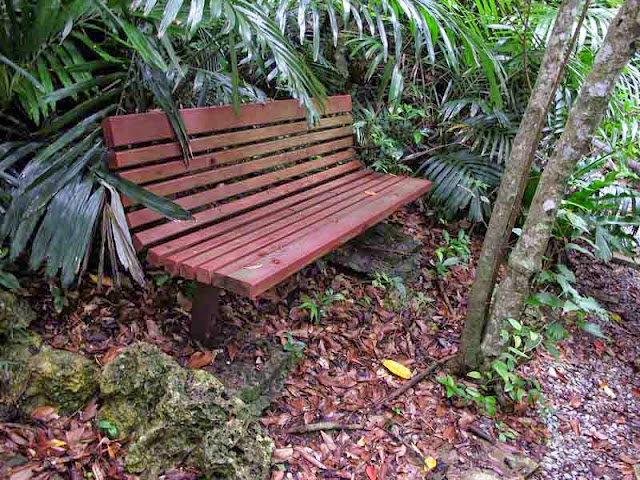 Another bench looked like a nice place to rest with my lunch.

But, I decided to carry it back to the office and, eat there, where nobody could sneak up on me.

Do you suppose, someone comes out of that cave and, drinks the sake from that cup ?

When the hairs on the back of your neck, stand up, it's a good idea to move along. 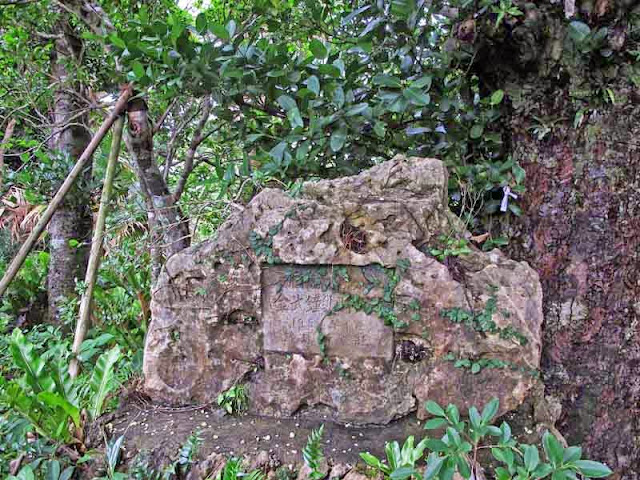 This stone marker is in front of a special tree at Kin Temple.

With over 100 trees called cultural assets, I GPS marked it and took a photo.

One of these days, we will GPS them all. 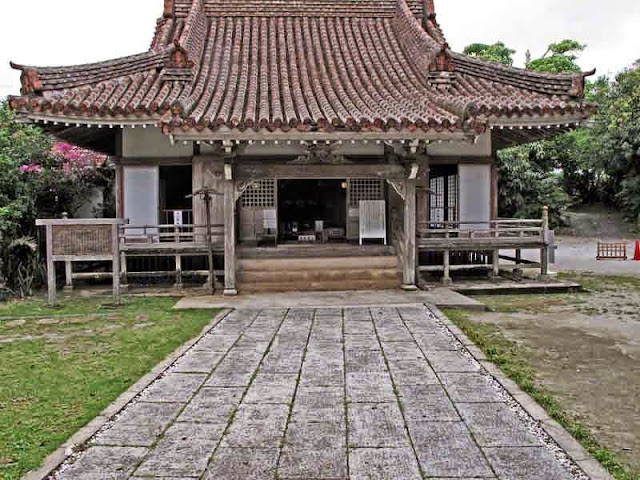 This is Kin Kannon-do, a Buddhist Temple in my neighborhood.

It doesn't matter what your religion may be. Everyone is welcome here.

Back at the office, I download the camera and the GPS device and, do some magic.

If everything worked, as planned, these images will have been Geo-tagged.

Look at Google Earth and, you can follow the trail, I took today, without getting wet !

10 Photos from a Two Hour Flower Walk
Posted by RyukyuMike at 2:36 AM

I promised myself that on my next trip to Okinawa that I would visit the Kin temple. That is on my list for this November. Looking forward to it. Thanks for the pictures.

Kim, Glad to hear the photos were helpful. And, maybe we can get together. My office is just about two blocks away from the temple.