Several photographs had to be taken of this amphibian for positive identification.

People say turtles are slow movers but, that's a myth. 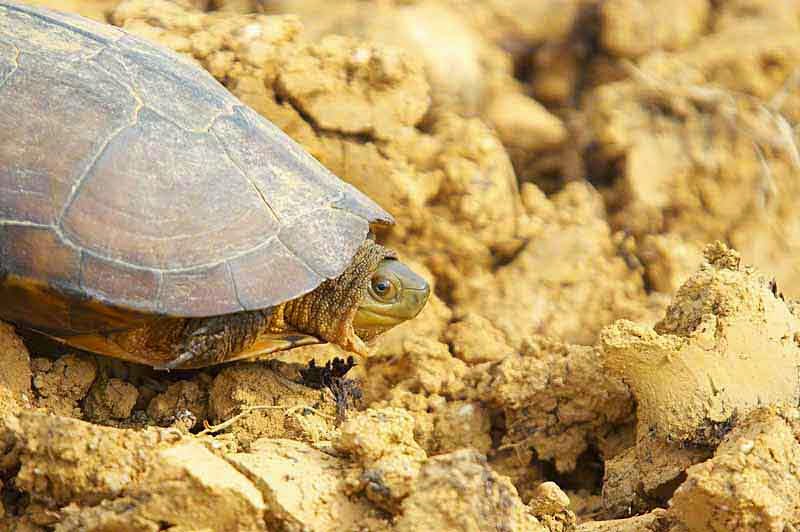 When it stopped moving, I took some quick portrait shots.

When it wanted to go somewhere, it moved along pretty quickly. 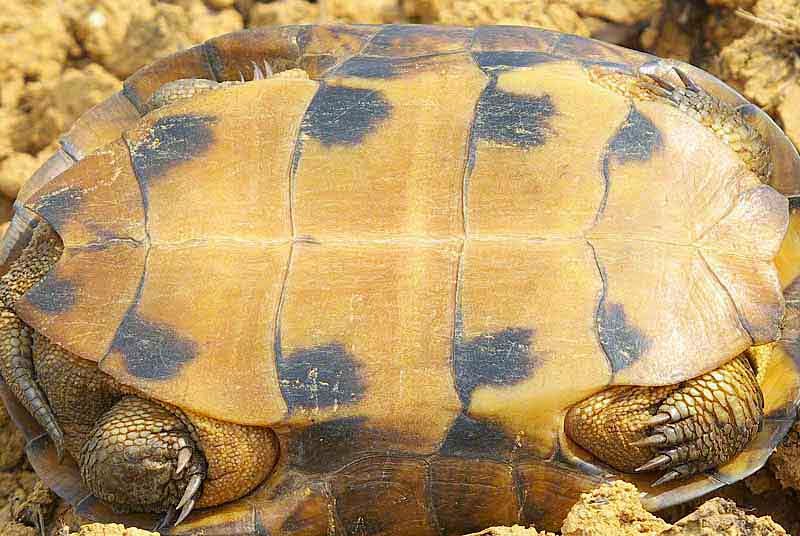 This time, I remembered to take a photo of the belly.

Scientists would call this part of a turtle's body, the plastron. Don't ask why.

As soon as I had taken one picture of the underside, I set the critter upright.

Then, I backed off with the camera and, watched the turtle move across the field.

Comparing the photos with images on ARKive helped.

The images and descriptions for Mauremys mutica, are similar to mine.

The Yellow Pond Turtle is an endangered species.

Now we need to take the research a bit further and, see if this turtle is a subspecies.

It may be a Ryukyu Yellow Pond Turtle (Mauremys mutica kami).

Somebody in the scientific community will have to make that determination.

The Asian Yellow Pond Turtle is found throughout Asia and the Ryukyu Archipelago.

Turtle Scientists, Your comments are welcomed!

The Reptile Database
Posted by RyukyuMike at 6:09 AM