Beyond the Stone Walls

A younger brother of the Ryukyu King lived in this enclosure near Shuri Castle.

Prince Chatan and, his pregnant wife were residents of this place, called Ufumura Udun. 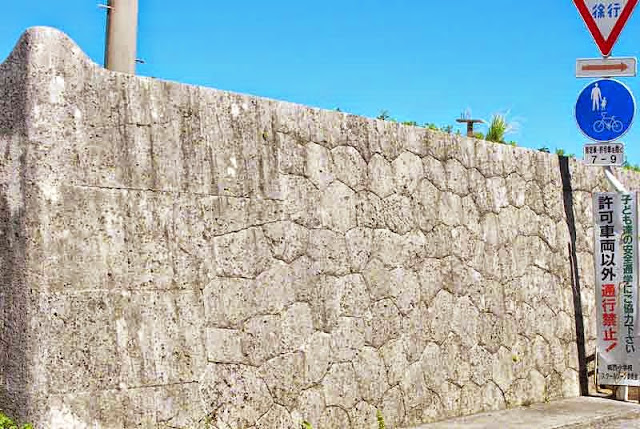 The king, ordered Prince Chatan, to eliminate him.

The Prince invited Kurogane to his home for a game of Go (chess) and, they placed bets.

If the Prince lost, he would cut off his topknot and, give it to the Monk.

The Priest, pulled his ears, grinning, "You can have these if, I lose."

Quiet Night of the Full Moon

The game started and, Kurogane decided it would be best, to cheat.

He began whispering some magic words.

The Prince's eyes started to close and his head bobbed, as he slumped in his seat.

The crooked, holy man reached to move a stone, to gain the advantage in the game.

The Prince jumped up with his sword and, quickly cut off both of the Monk's ears. 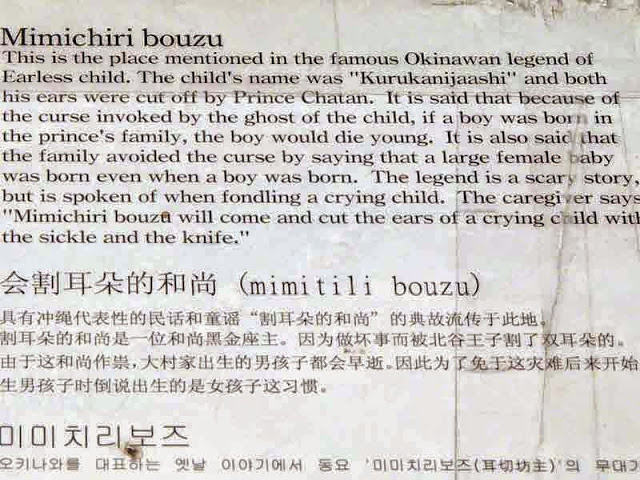 Dropping to the floor, bleeding, he fell right next to his detached ears.

The dying Monk cursed, "You will never have a son live long enough to see another birthday."

The Prince's wife had a baby born, shortly later.

The baby turned a dark color and died from an unknown cause.

Seeking the advise of a Yuta (fortuneteller) the Prince was told, it was the curse of Kurogane.

Neighbors had reported, seeing the ghost of Kurogane in the area of Ufumura Udun.

When the Prince's wife became pregnant again, a Yuta's suggestions were sought.

Another boy child, would surely die.  She whispered some guidance and, went home.

When the child was born, everyone exclaimed, "It's a girl."

The ghost of Kurogane faded away and, no harm came to the child.

In reality, a baby boy was born.  And, lived to become a healthy, wealthy prince.

In Okinawa, many people announce, "It's a girl" to avoid Kurogane's curse.

To silence a crying baby, you comfort them by rocking to this tune:

The song says something like, be quiet or, someone will whack your ears off with a knife !