On an island to the north of Okinawa a fisherman danced with joy.

He had made an unusually large catch and decided to celebrate into the evening.

After the sun went down, he built a fire and cooked a huge pile of shells and fish.

Several of them, showed up and began eating the fisherman's dinner.

Frightened, he kept his distance and watched them eat.
No matter how much they consumed, the pile of food remained the same size.

The fisherman, would approach the meal, only after the spirits were gone.

The routine continued for several days and nights.

Great amounts of fish were caught every day and, every night, after dark, ghosts came. 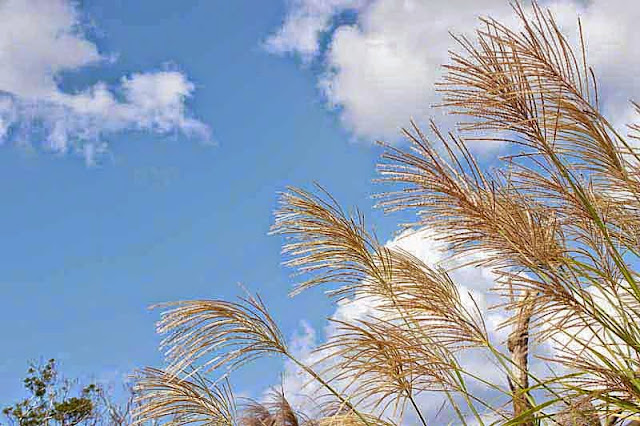 One day, before sundown and cooking the meal, the fisherman cut some pampas grass.

After the meal was prepared, he placed a san on the plate of food.

The san, is made by tying pampas grass in a loop.

Then, he invited the ghosts, to come and try some of this special meal.

They showed up promptly after dark and gathered around, looking at the feast.

The san, frightened them and, they all flew away.

Since then, an Okinawan serving a meal after dark, will place a san on the dinner.

And, a san is placed at the corners of property, to ward off evil spirits. 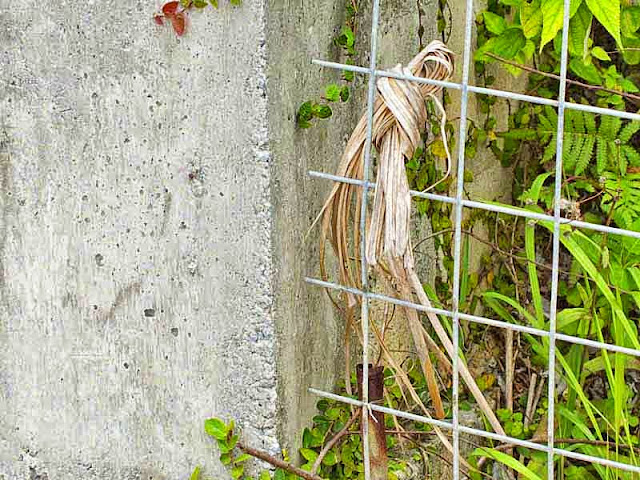 From an article on the flowers of Hanafuda, concerning pampas grass:

"In Okinawa, the leaves are knotted as talismans against evil."

Condensed from: The Story of the San

MORE OKINAWA FOLKLORE
Posted by RyukyuMike at 2:08 AM