Travel Shots -- Calm Before the Storm 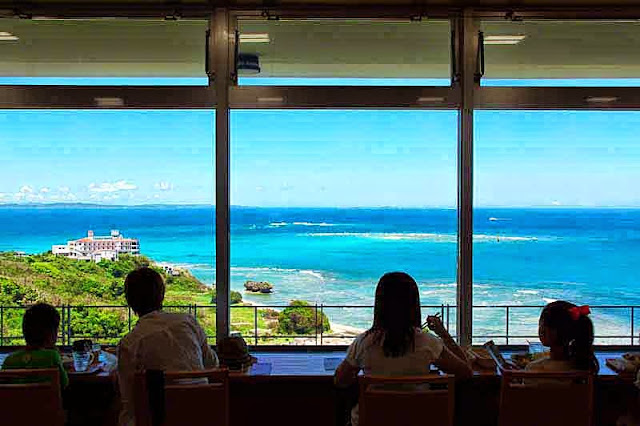 Today's travels had us making the southern tour of Okinawa island.

The mission was to get some photos of sites in Shuri and Itoman for the Ryukyu folk tales.

It was a busy morning and very productive but, just a tad too hot in the sun.

The first site we looked for in Shuri, was spotted within twenty minutes of our arrival.

Then, it was off to Itoman City and up a hill that went into the boonies.

The cave, I wanted to find, is called Dondon Gama.

This is located in some rough country and it will require another visit with the cameras.

We left the area with plenty of photos, cuts, sprains, bruises and, a little bloodshed.

Late morning on a bright sunny day is probably not the best time for cave and jungle shots.

Now, that I know the exact location, I'll do things a little differently, next time.

Hiking shoes, will replace the flip-flops,

Somebody with a brush knife might have to lead the way and cut a trail.

Bug spray and blue jeans, might come in handy for the trek, as well.

Once the real work was accomplished, it was time to cool off and do lunch.

Located in Nanjo City, it was on our route, heading back north along the east coast.

Below the restaurant, the gift shop had some items, I was hoping to buy. 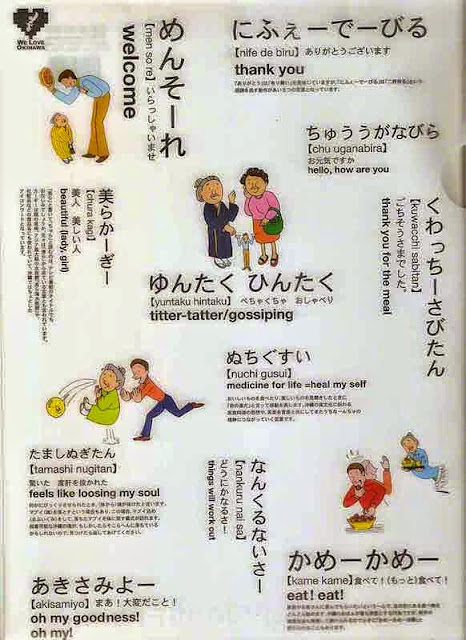 This wasn't on the shopping list but, I splurged and, bought it anyway.

It's a plastic folder with English, Japanese and Okinawan language on it.

Getting things done around here, sometimes requires a little bit of the local language.

Uchinaguchi, is the original Ryukyu language and, I learned enough to get by.

The poor guy, who served our meal, didn't speak Okinawan; only Japanese.

So, when Doc and, I spoke to him, he looked at us, like we were speaking some foreign tongue.

He may have been a college student from Japan, working a part time job.

And, folks in the travel industry, should be able to speak a bit of it, too.

We explained, to the young man, what we were saying, in Japanese and, he thanked us.

For a bit more of Uchinaguchi, here's an online encyclopedia of useful phrases.

It looks as if the typhoon will be visiting us tomorrow with some rain.

So, after a few beers en route to my home, I may just sleep all day tomorrow !
Posted by RyukyuMike at 3:07 AM