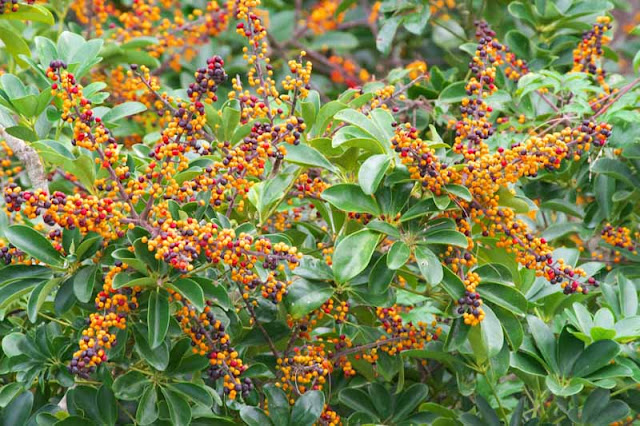 Must Learn Some Dutch

That's just a reminder.. It was fun, getting an identification on this plant.

They are blooming all over the place, in Okinawa, right now and, I never noticed them before.

Out on a long walk, with 420MM of lens on the end of the camera, I wasn't looking for flowers.

But, the birds were on a lunch break so, I figured,"Why not catch these whacky blossoms?"

With the Android, I snapped a picture and shared it to Facebook.

My comment was, "Let's play Name That Flower."  It got some replies, rather quickly.

One, good friend said, "That's where they grow the Skittles." 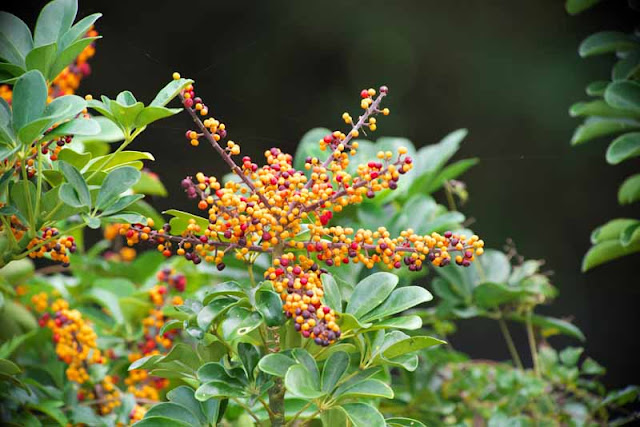 Next, I took a couple of shots, from across the street, using the big lens.

Wouldn't it be nice, after walking three more hours if, I had an ID, when I got to office?

Hundreds of flowers, plants and trees, are waiting for me to identify them.

It's a chore, I save for days, I'd rather not go outside. That's kind of rare.

What I was hoping for is, someone, come along with a scientific name for this vegetation.

It didn't happen for a couple of hours, after I downloaded the images.

But, a gal named, Frida, hooked me up with exactly what I needed: Schefflera arboricola.

Armed with a Latin Name

What I do next, is plug it into a search engine and verify by looking at photos.

In no particular order than, the way Google had them listed, here's what I learned:

This plant is native to Taiwan and Hainan, according to Wikipedia.

Plant and Flower Info: Some are called Octopus Trees; that's what the flower resembles.

Over at Gardening Know How:

People and pets, won't die but, get really sick from eating these plants. Don't try some !

I'm thinking, the folks who thought this looked like a coffee or candy plant best read the links.

Oh, in case you were wondering, "Why learn Dutch?"

That sweetheart, Frida got me this Facebook Page, Determinatie van planten and dieren.

It's a closed group, with thousands of helpful members, to identify plants and flowers.

When, I requested to join the group, she got me in as a member. Only, I don't speak Dutch.

Of course, I thanked her and, she came right back with her response:

"Graag gedaan , meaning, You're welcome. My first lesson, in that language.

Must learn more.
Posted by RyukyuMike at 10:03 PM