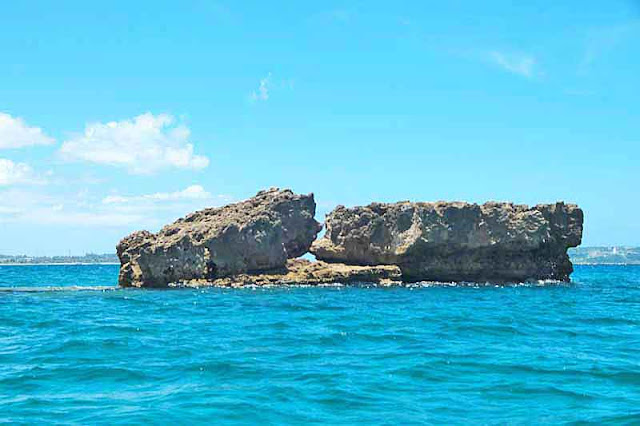 The weather wizards were wrong. It turned out to be a nice sunny day.

A guy showed up at my office with a canoe on the roof of an air-conditioned truck.

Off to Genka, a district of Nago, Okinawa we went, to checkout the legendary Divorce Rock.

With a 50% chance of rain, the plan was, find a place where a boat could be launched. 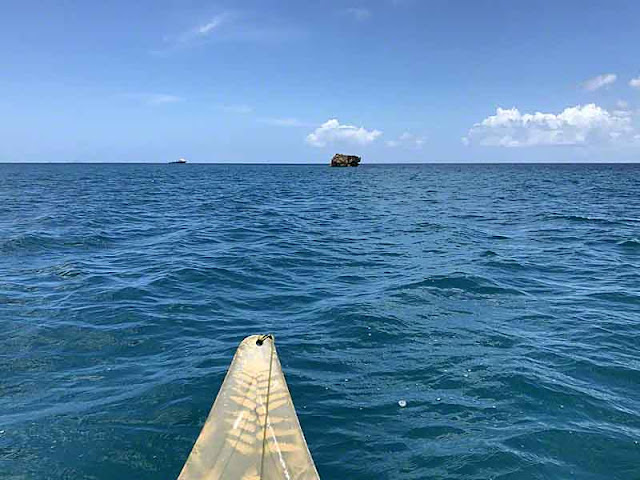 There aren't many places along HWY 58, where parking or, boat launches are available.

We drove around the village, looking for spots along the river, leading to the sea.

Most of the waterway is fenced-off probably, to keep little kids from falling in and drowning.

Talking to a local guy it was determined, the best access would be, out on the highway.

By the time, we got everything figured out, the sun was shining brightly.

So, we decided to make a big splash and, row out to sea. 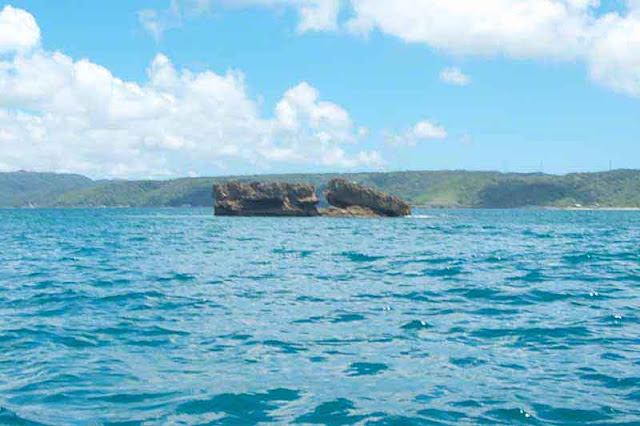 Had the weather been different, I would have gladly, tried this trip, some other day.

Ideally, a visit to this rock would be best, during low tide so, we could see the sandy beach.

We paddled the canoe at a leisurely pace. I never knew canoes could go out in the ocean.

And, I had a hangover from too many beers, they gave me last night.

So, I was paddling at a more leisurely pace than, C.D, the guy behind me, in the boat. 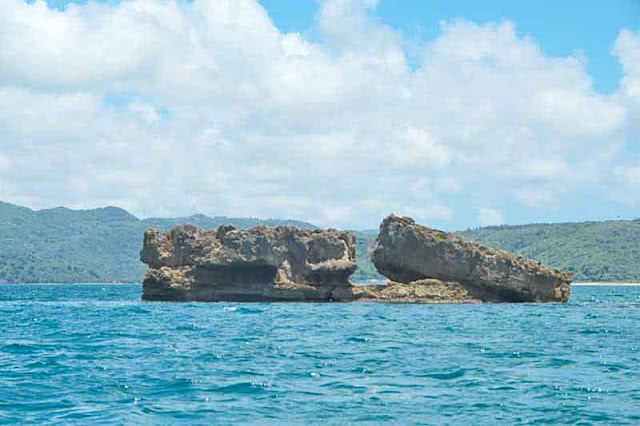 There's no telling, what astronauts talk about out on an exploration but, I know what we did.

We were saying stuff like, "What if, we find some skeletons?"

"We should have brought along a flag, to plant on the rock, like the guys who went to the moon."

"Maybe, there are gold and silver wedding bands and engagement rings, people left there."

Canoes don't come equipped with radios so, we had to entertain ourselves.

We got there in about half an hour.  Astronauts probably, bring along some music.

Anyhow, there we were, banging into to rock with our 17 foot fiberglass canoe.

Soon, I learned to use my paddle, to keep the boat from crashing into the rocks.

That C.D. is an adventurous guy. He put on some goggles and dove into the water.

He'd pop up every once in awhile, to tell me about all the fishes he saw down there.

Then, he went swimming and diving all around the crazy rocks. And, I waited.

After a while I was thinking, "Goddamnit, what if, a shark come along?"

I got my paddle ready to swat big fish and, started humming the tune from the movie, Jaws.

I don't kill fish for fun but, I'd be pretty angry if, I had to paddle that boat by myself. 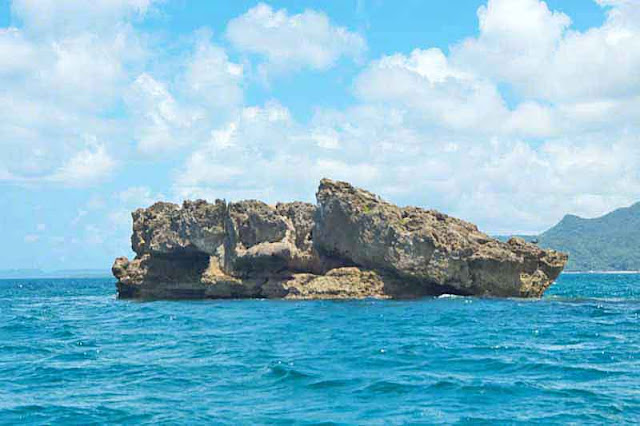 All of a Sudden

Looking around, I find C.D. up on the rocks. The rascal climbed over from the other side.

Me, I never touched the rock at all. I've had some experience with divorces.

One thing I never learned is, which costs more getting into or, out of one.

Probably, a smarter person, would keep track of those expenses.

Well, I quit humming the Jaws tune.  We got the canoe turned around and headed home. 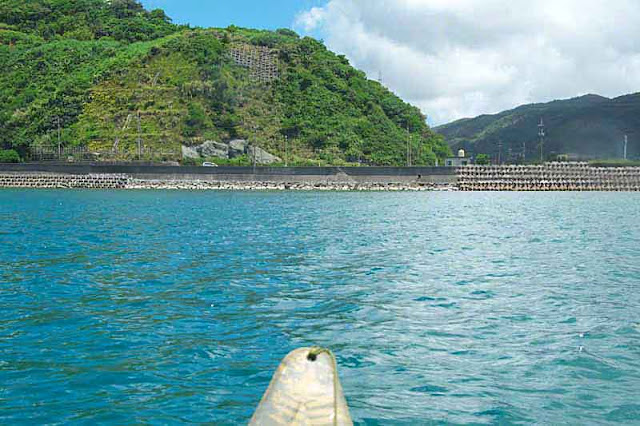 The return trip took about half an hour of some more serious paddling.

Wind and currents in the water, sort of kept trying to force the boat off course.

We discussed things like, it would have been smart, to carry an ice chest and cold drinks.

The sun, got fairly hot and, we were turning red before the shoreline came to meet us.

What a tourist attraction, that rock could become. Just imagine.

We could make a fortune, selling divorce donuts and, phony certificates to people.

People who actually get divorces, could stash their wedding rings out there.

Posted by RyukyuMike at 4:46 AM