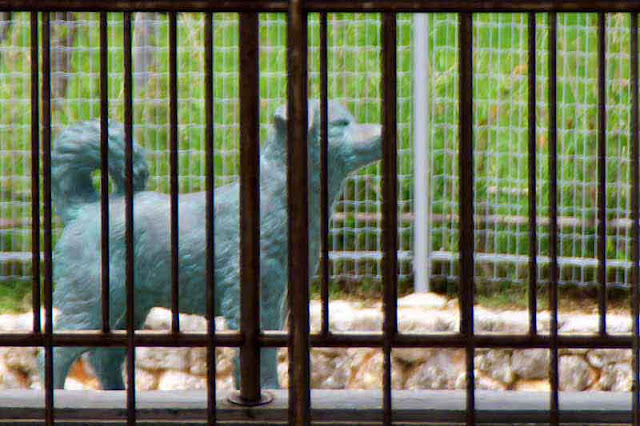 The statue of Shiro may be seen on the island of Aka, just inside the ferry terminal.

The dog named Shiro became a movie star, back in the mid-1980's.

The photo was taken from aboard the ferry to Zamami-jima, as the engines were idling.

Aka-jima is a stop, made enroute to Zamami but, I couldn't disembark.

So, the camera lens was zoomed to 220 MM and, a few shots were taken.

One of these days, I'll go back to that island and, spend a few days, doing photography.

Besides the dog statue, there are some deer on that island, I'm looking forward to meeting.

This dog statue is facing towards Zamami-jima, where the other dog lived. 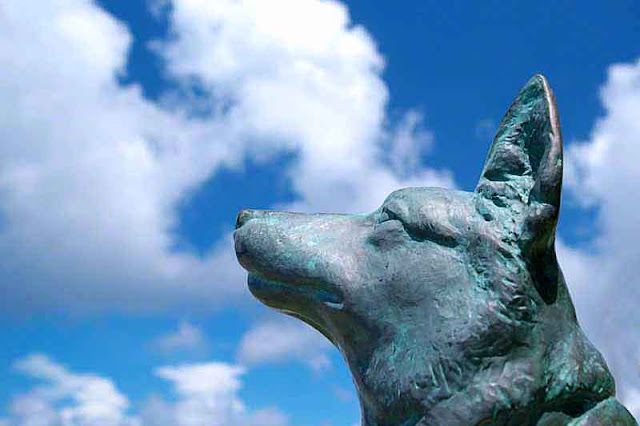 Maririn (Marilyn in English) is, the other half of this movie star couple.

Shiro, used to live on the island of Zamami but, his owner moved to Aka-jima.

Three kilometers (about 2 miles) away from his lover, Shiro would return to visit her.

The couple became famous, when a movie was made of their escapades.

Maririn ni Aitai (マリリンに逢いたい) Marilyn I want to meet you, made the dogs very popular in Japan.

For those, who would rather read the story, links to references:

Flash Fiction and other cultural nuggets from Japan

Posted by RyukyuMike at 4:04 PM