Photo Essay Quiz: Which Turtle is the Dude ? 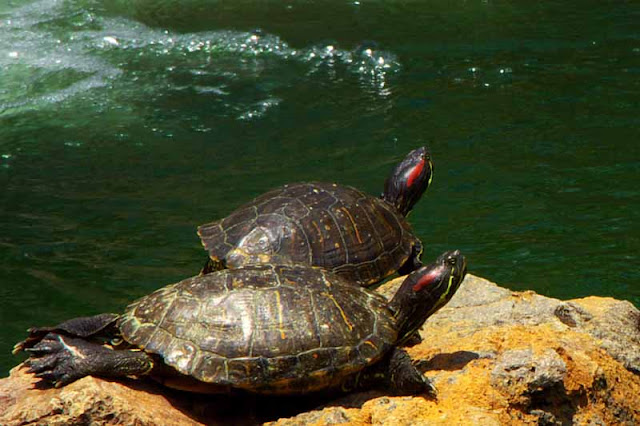 There were a couple of turtles below the waterfall catching the rays of the sun. 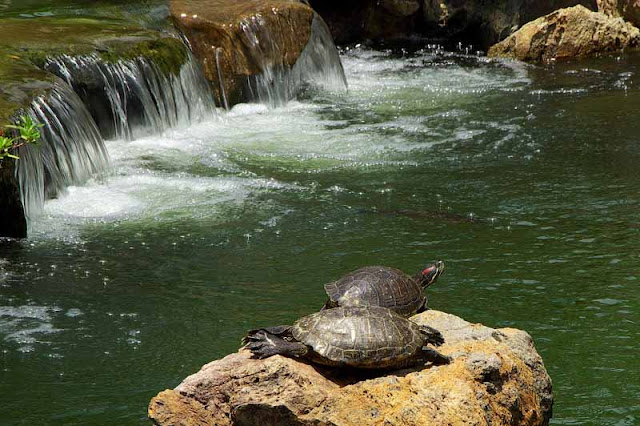 After taking a little nap 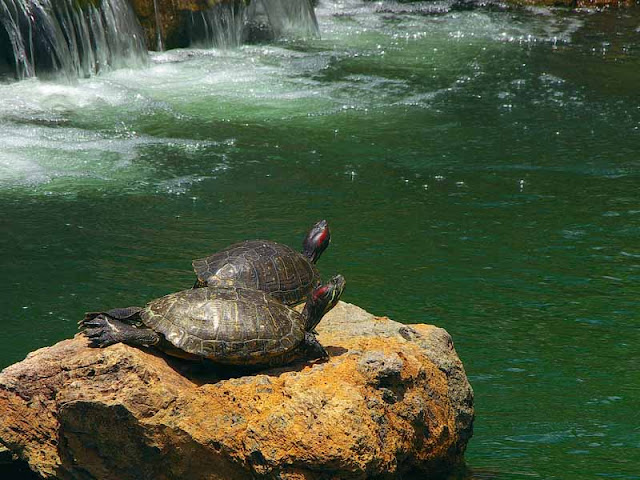 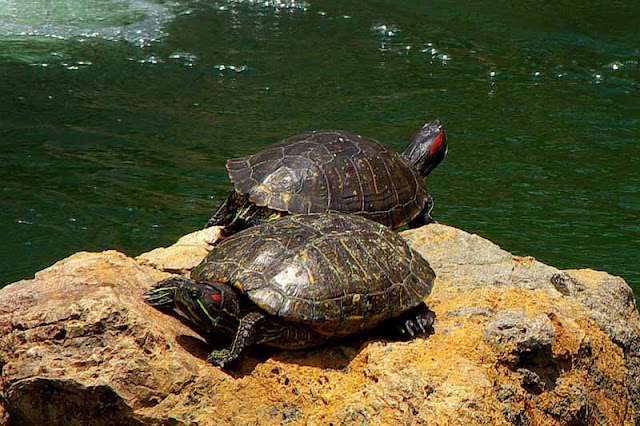 And decides it's time for a beer. 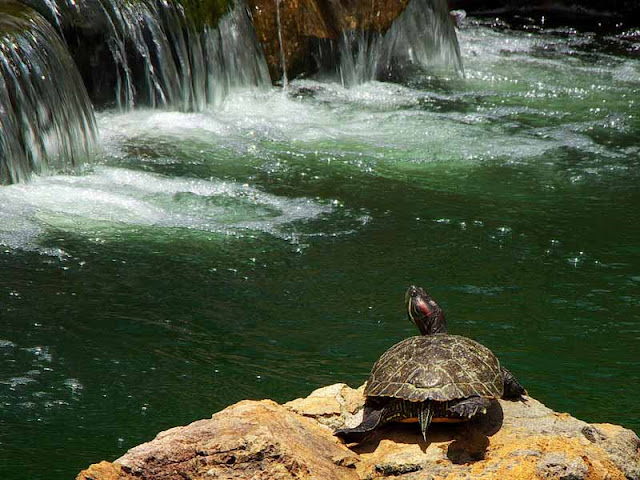 The other turtle babbling about the beautiful brook 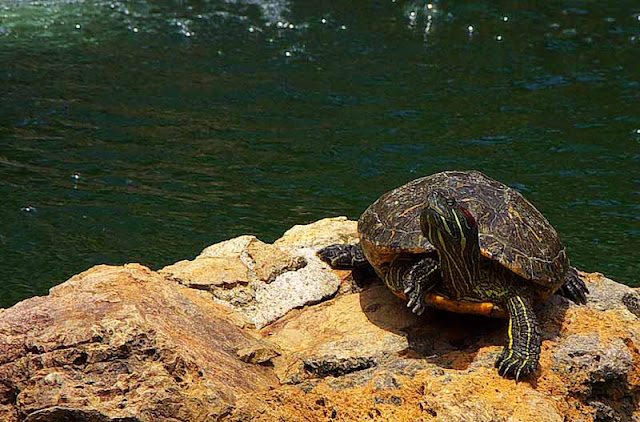 Which turtle do you think is the Dude?

YOU MAY ALSO LIKE:  TURTLE AND TEENAGE MUTANT NINJA

An Alert Reader named Lindarama http://www.stumbleupon.com/stumbler/Lindarama/
contacted me last night and I made a comment below that I thought she may have been a scientist.

She not only knew the scientific names of the turtles, she knew which one was the dude, too.

She is a scientist.  A Marine Biologist with a PHD !

The smaller turtle is the dude. The one that ran for beer must have been a gal.  I just kid around; don't think turtles really drink beer.  But, I know snails and my dogs do.  It kills snails.

Anyhow, if you want to do me a favor, say "Hi" to Lindarama over at the Stumble Channel or visit her awesome website http://www.kashgar.com.au/articles.  She has some interesting articles and collectibles over there.  So, I gave her a Thumbs Up and am going back to read some more.

Well if he had any sense he would've brought a cold box full of beer with him down to the water.

Ryan,
Hah! An alert reader (Scientist, I think) mailed me and said the smaller turtle was the male. She had the scientific name correct and everything. So, I'm guessing, she's a scientist, or hooked-up with one.

"Mike's Ryukyu Gallery" has been included in this weeks Sites To See. I hope you like the image I featured, and I hope this helps to attract many new visitors here.

FishHawk,
It's an honor to have been featured by you. I pulled you outta the junkmail pile 1st, recognizing the name from that Scotland dude's site, where I've seen you a lot.
I'm pushing all the Follow and Friend Buttons on your site, now but, really have no idea which ones are working.
If ya get a chance, hit my Facebook Fan Thingy and get over to the contest. I may have an osprey photo for you, somewhere, that'll make yer day!