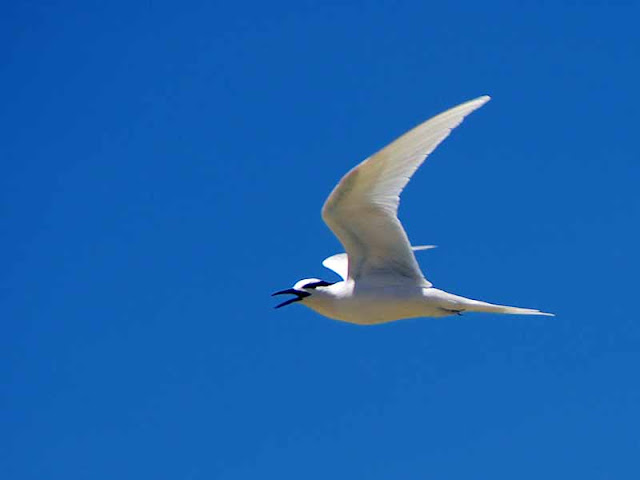 Saturday three of us camera shooters got on a boat to do some landscape and seascape photography on the small island Minna Jima in Okinawa, Japan 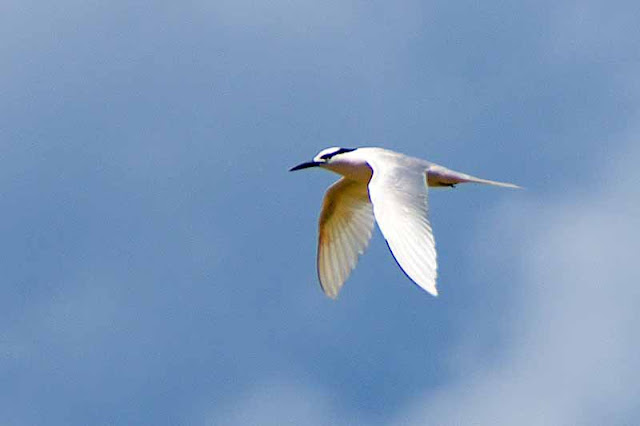 The scenery we were hoping for just didn't happen so we decided to shoot birds instead. 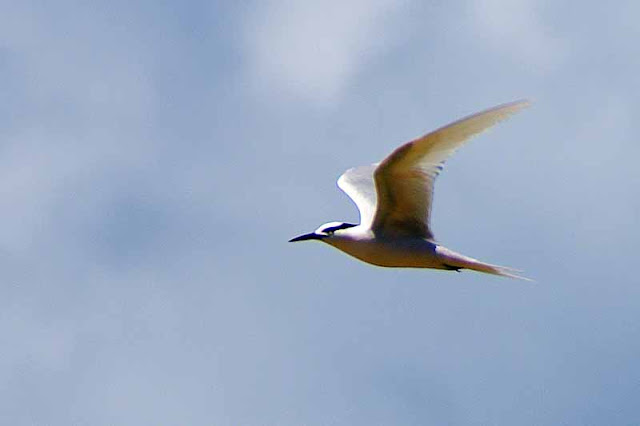 These characters are some fast-flying critters called terns. 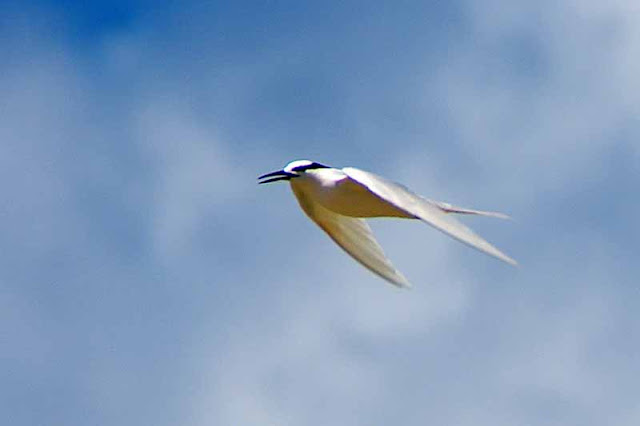 When they're flying in grey skies it's hard to catch them at any distance. 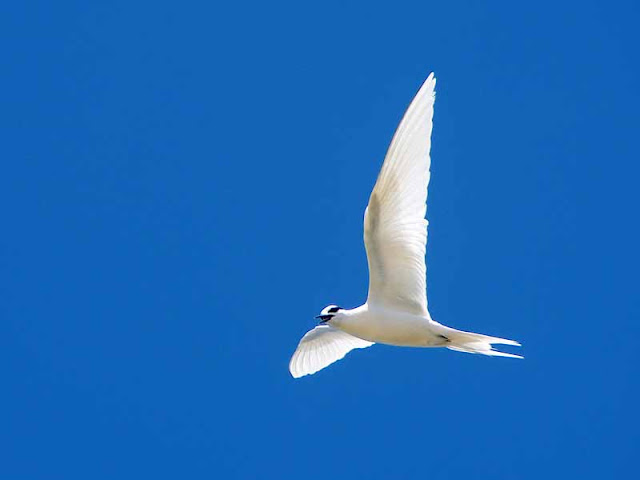 But, one tern flew directly overhead in blue skies and was yapping about something. 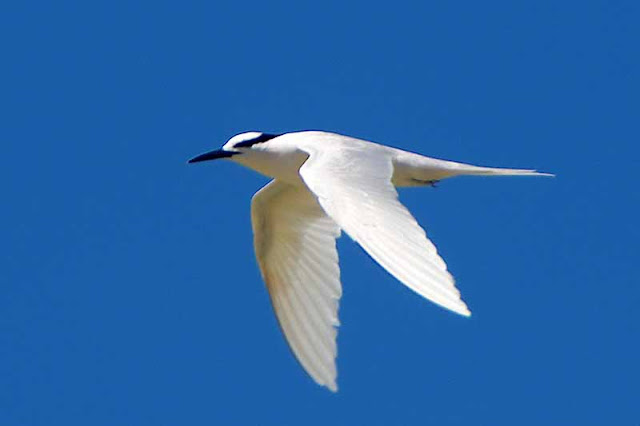 Another one showed up and flew right in front of my lens, too. 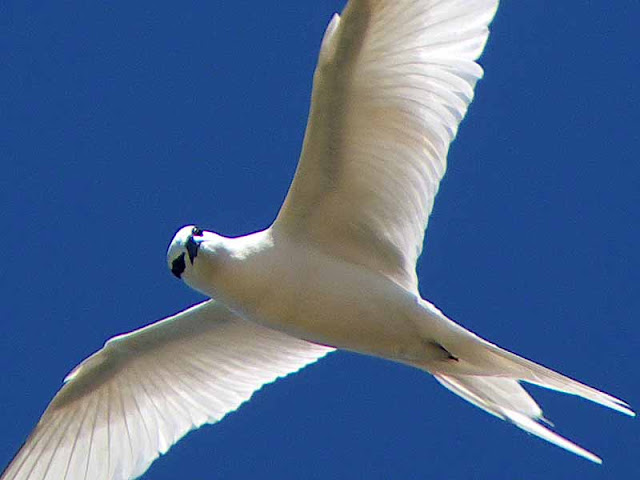 This guy stared right down the barrel of my lens but, disappeared quickly.

After spending all day Sunday developing photos of Minna Jima and the terns, tonight I decided to get the scientific name of these birds for you.

But, it seems like these guys don't fit the descriptions of any of the half dozen bird channels I've visited, so far, today.  I've just about exhausted all my resources on this one.

It may take a few days for me to send off some photos to the bird ID people.

Maybe one of my readers knows which breed of terns these might be and will holler back at me.   There's a chance that Doc or Ryukyu Rusty got some better photos and did the research.

That would really be nice.  One of them could get the scientific name and give it to me.

After all one good tern (turn) deserves another.  Dontcha think ?

UPDATE: WE HAVE AN ID ON THIS BIRD
It is a Black-naped Tern (Sterna sumatrana)

Posted by RyukyuMike at 6:11 AM

Some great Photos , He was watching you,as much as you were catching these Great Shots,,Enjoy

Gene,
Hah ! I was kickin myself over not bringing the Big Bertha 50-500mm lens.
All three of us were usin 12-250mm lenses; really not the best lens to use at the distances we were shooting.
Rusty and Doc know me though. Just one good shot of wildlife makes it a great day for me.
Thanks for stopping by and your kind comments, always.

Nice shots! Love the clarity of the pictures!

iDelish,
Thank you. One of these days I'll go back there with my ig lens and see if I can bring them in a bit closer.

WOW - those are awesome pics. Yes, you're right -- one good tern does deserve another! :-)

Cathy,
Thanks. Sorry, I haven't been over comenting on your blog. Busy time of year, here.