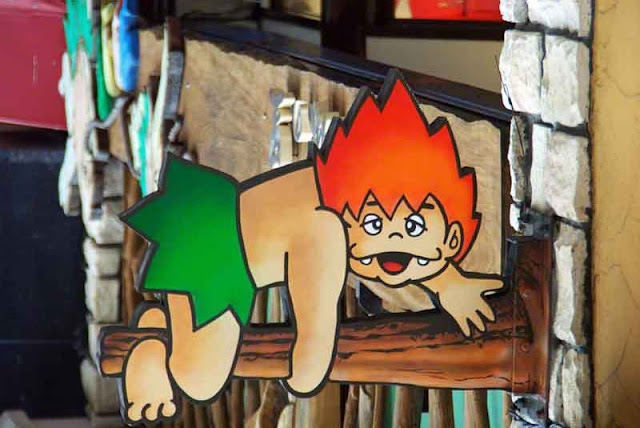 This happened a lot faster than I could have ever imagined. 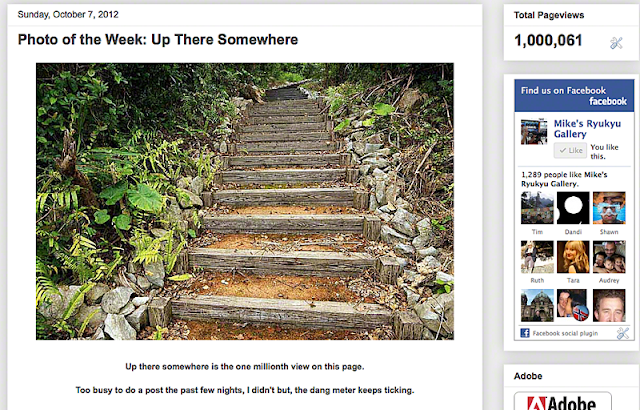 Here is the Screenshot

The contest is over. It will probably be this weekend before we determine the winner.

One million views, on a blog from Okinawa, Japan is a pretty big deal.

Call me a redneck, if you'd like. There's a little secret, I should probably tell you.

Five years ago, I didn't know how to turn a computer on so, I called a friend named, Joe.
And, he came over. He showed me where the power button was and hooked me up.
Then, we got the internet thing and wired me to the World Wide Web.
Through many trials and lots of errors, this blog got where it is today.
And, I made some great friends, around the world, along the way.

This internet thing, I used to be scared of may really take-off, someday.

The Blog and Facebook Pages, where contest entries were made, will be printed.

With the Ryukyu Dudes assistance we will pick the winner.

As promised, this will be a random selection, done redneck style.

No fancy machinery, other than a pair of scissors and somebody's baseball hat.

Snip all the names from the contest entries and throw them in a hat.

Then, somebody just reaches down and pulls out the winner.

We'll find a pretty girl.  Thataway, nobody can say the contest was rigged. She does the picking.

Maybe, I'll even wear a tuxedo, or a T-shirt that looks like one.

Dang.  I hate getting all dressed up.

This thing is gonna hafta wait 'til the weekend.  But, we'll getterdun.

Meanwhile, I'd like to thank everybody for visiting here.

Now, this whole internet thing gets me wondering, sometimes.

Posted by RyukyuMike at 8:18 PM

Congrats dude! Not too shabby for a guy who doesn't like to write and types with just his two index fingers.

Doc,
Thanks. Maybe, I should get a typist.

Congratulations! That's a pretty good effort in my book. I've still got a long way to go!!

Japan-Australia,
Thank you. You have a classy blog and I always enjoy my visits. Before long, I believe, I'll have to start running to keep up with you !

Cathy,
Thank you. You happen to be one of those great friends I've made along the way and I enjoy your travel blog, immensely.

Sophie,
Thank you and thanks for all your support over the years it took to get here !