Every Flower Comes with a Story

A person could bore them-self to death researching flowers.

The best thing to do after getting a positive ID on them, is to do a little more digging, I figure.

First, have a look at these purple, white and yellow flowers I found near Todorki Waterfall. 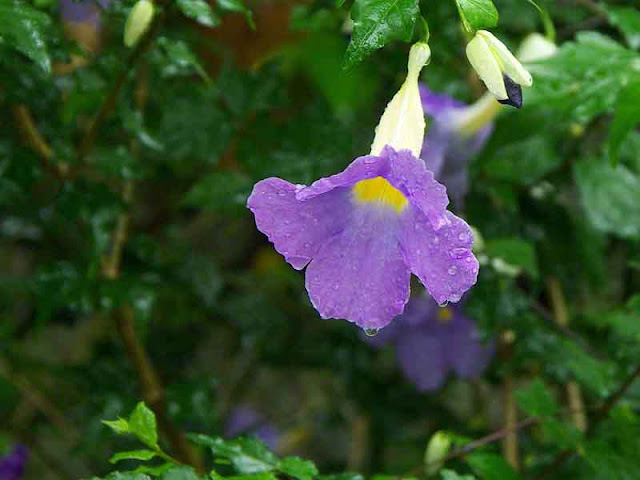 They look something like morning glory flowers but, they aren't.

Page 69, told me I found some Thunbergia erecta. 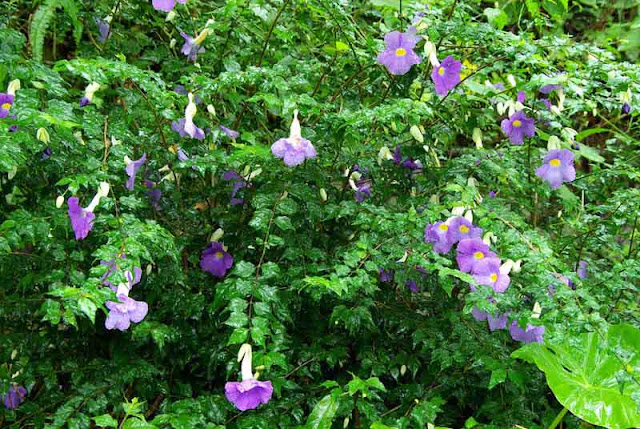 Next, I went poking around on the internet to see what the story behind these plants might be. 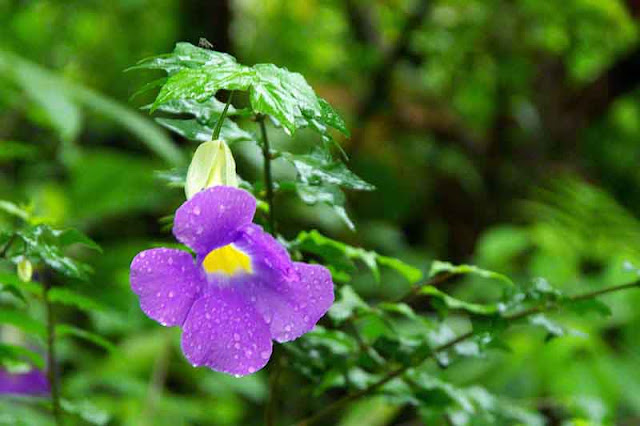 The scientific name led to to King's Mantle or Bush Clock Vine.

Well, you can do a search yourself and find all kinds of plant talk about the flowers, if you want.

It was time for me to try and learn where these flowers get their names from.

Like, who decided to call the thing a King's Mantle ? 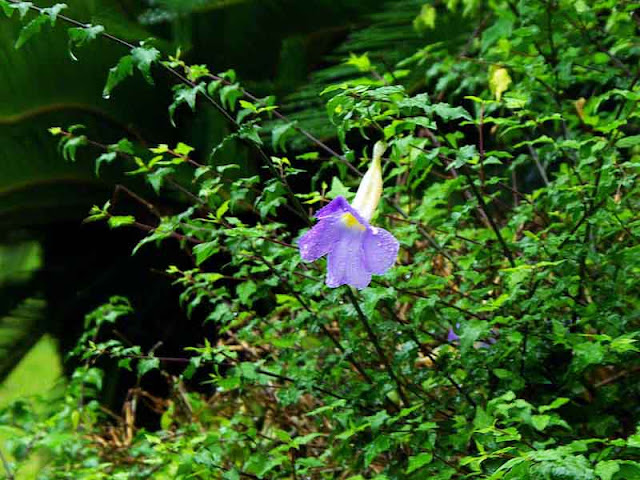 Pushing some of the buttons on Wikipedia gave me this juicy story to tell you.

After the name, Thunbergia erecta, you'll see, T. Anderson.  I had to find out more about him.

Thomas Anderson was an award winning collector of plants and did a lot of work in India.

Somehow he became involved in a mutiny down there.  Who knows why ?

They have a Scottish biography, the Wiki people would like someone to help them expand.

It seems, Thomas Anderson, went back to Edinburgh, Scotland .

Anyhow, I think he was who named this flower.

And, I'm glad I don't drink Scotch (the way I used to)  anymore.