A Most Extraordinary Character

Photos of that statue have appeared on this site and others, around the globe.

It was a project, Shinzan started at the age of 72 and, took 18 years to complete. 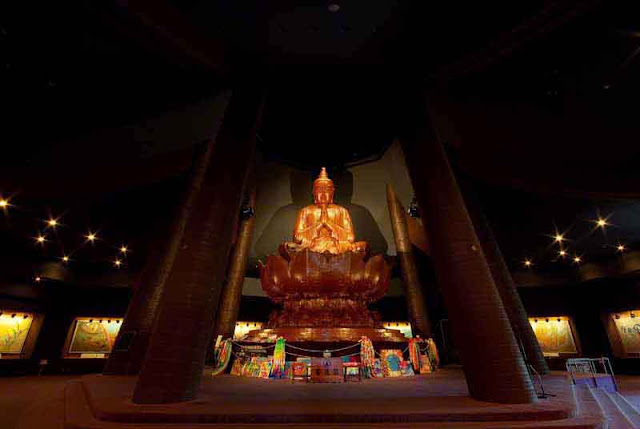 The finished product stands 36 feet tall and, is 24 feet wide.

It weighs three and a half tons. 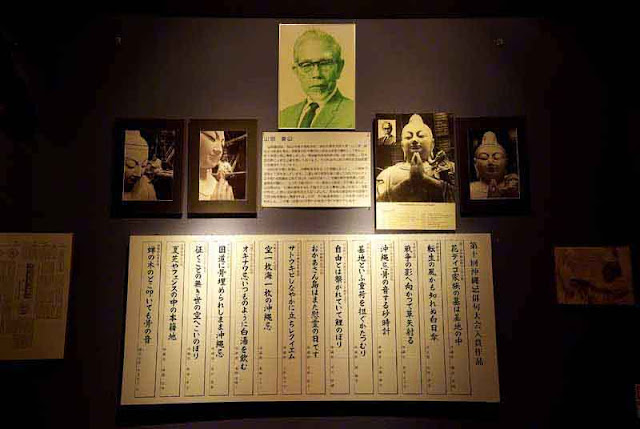 This photo was taken inside the Memorial Hall where some other artist's works are displayed. 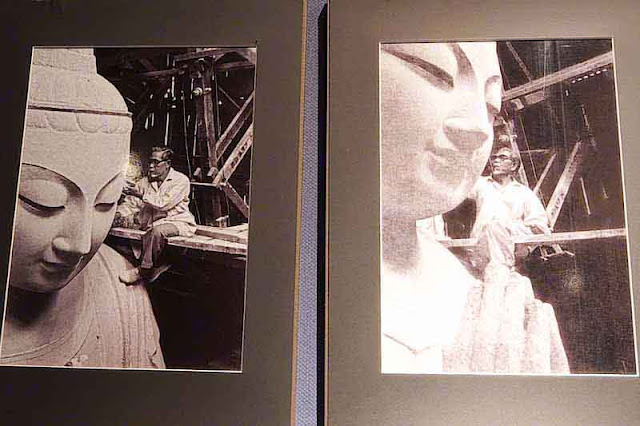 A close-up shot was taken so, you could better see.

Shinzan, worked on the project, by himself.

He fell from the scaffolding, seriously injuring himself, on more than one occasion.

But, he was determined, to finish this monument to world peace, without any assistance.

Artist with the Brush

The Peace Prayer Statue, is what most visitors consider Yamada's masterpiece.

He was a renowned painter in Ryukyu art, as well.

This, I discovered, after taking a stained glass photo in the Ginowan City Museum. 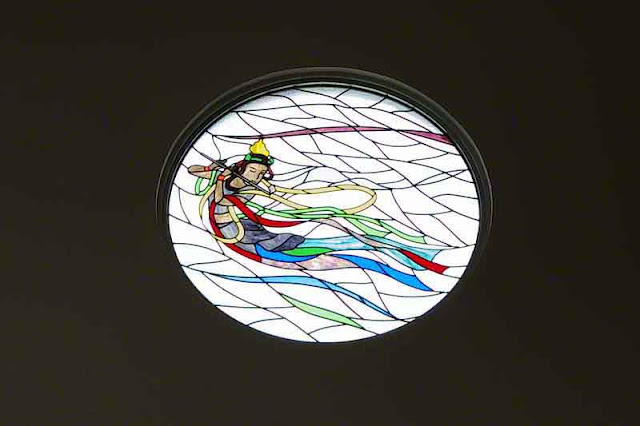 In January 2013, I was contacted by Liz Joyce of the Ryukyu Stamps Organization.

The stained glass, she referred to as The Heavenly Maiden, is the artwork of Shinzan Yamada.

The Ryukyu Philatelic Specialist Society now has this photo on their homepage. 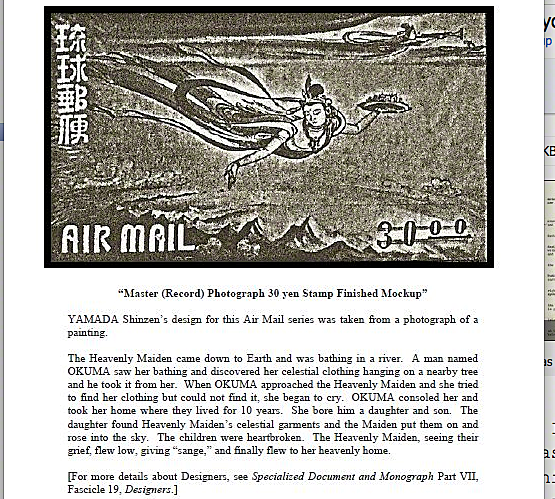 Copyright permission above and below, courtesy of The Ryukyu Philatelic Specialist Society

It is an interesting story and shows how Shinzan's art came to be on postage stamps. 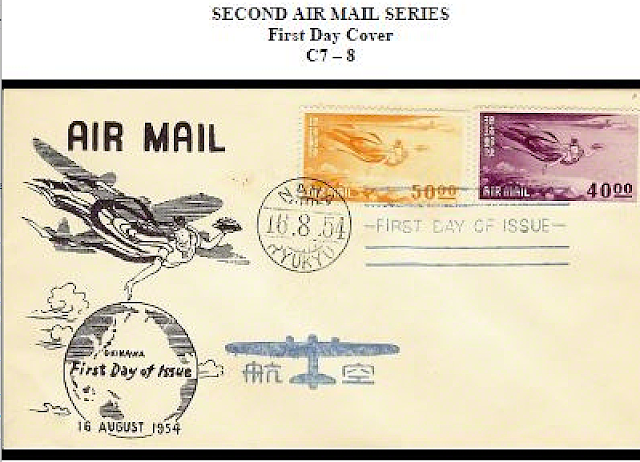 More about the works of artist Shinzan Yamada:

Posted by RyukyuMike at 2:25 AM

Fascinating! I will look on that statue with renewed eyes, next I see it. As for the story of the maiden, Any idea what 'sanger' means?
Theresa

Okispice,
From what I gather, the "Sange" is the ribbon in her hand which she uses to "bestow happiness on people". Some sort of Buddhist terminology, I hope I translated properly.