What Big Ears They Have 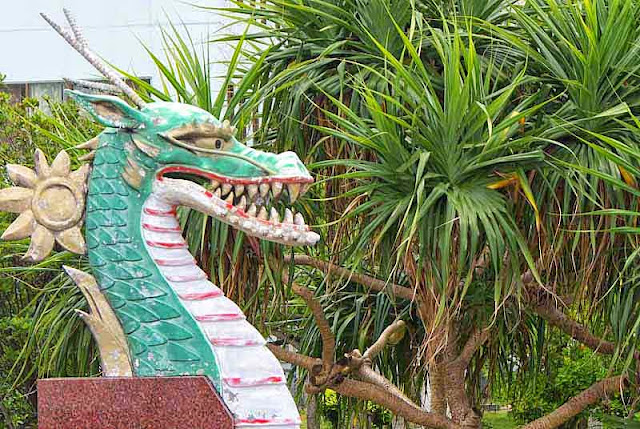 On an unbelievably hot day a dragon flew down from the skies, to cool off.

It found a comfortable spot in the shade of some rocks.

A centipede, entered a hole and followed the tunnel, deep within this dark space.

In became unusually warm. The 100 legged creature had crawled deep inside the dragon's ear.

At first, the centipede tickled and the dragon, just dozed off to sleep.

When the centipede became too warm it began wiggling around, seriously trying to escape.

That led to the dragon, scratching and shaking its head violently.

The centipede ran around with its 100 feet, biting with sharp teeth, trying to hang on.

Soon the dragon was in pain crying, screaming and jumping into the sky.

The tears of the dragon caused a violent thunder and lightening rainstorm.

The dragon knew, he needed help but, a doctor would be afraid of him.

So, he flew back down to earth and transformed into a young man.

He visited a doctor and explained that some sort of demon had entered his ear.

When the doctor examined the ear he knew this wasn't a normal person.

The doctor told the boy, this wasn't a human ear.

He would only cure the problem if the young man returned to his original form.

When the boy became a dragon again, the doctor spotted the centipede inside the ear.

He sent a chicken into the ear to capture the insect.

The chicken, grabbed the centipede and swallowed it on the way out of the dragon's ear.

The dragon was cured and happily flew off into the heavens.

Okinawan fisherman, sometimes painted centipedes on boats and sails, to ward off dragons.

Posted by RyukyuMike at 1:22 AM