End of the Year Party: The Family at a Karaoke House

It's Called a Bonenkai in Japan

Company workers and students only, attend these things, up in Japan. Not families.

Down in this southern prefecture, we do things differently; families hold them, too.

Going out with the camera on 18 hour days, Friday and Saturday, I decided to take a break.

The family was holding a bonenkai, Sunday night at a karaoke room Ishikawa.

Caution with the camera, sounded like a good idea so, I didn't bring one along. Big mistake ! 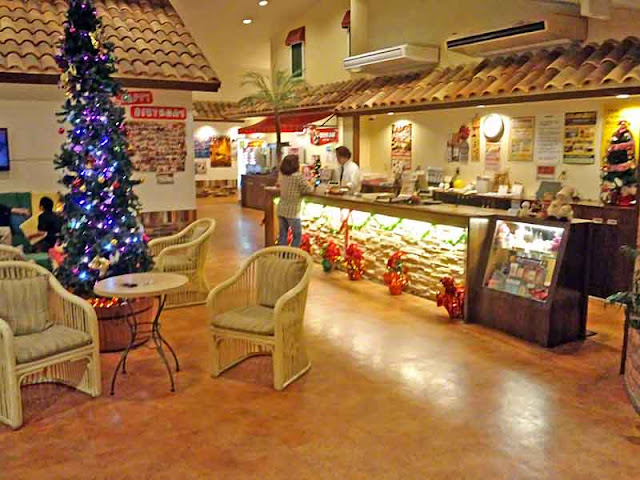 As soon as, I walked into the place, I wished I had brought along a camera.

Karaoke boxes, I have been in before but, had never experienced a karaoke house. 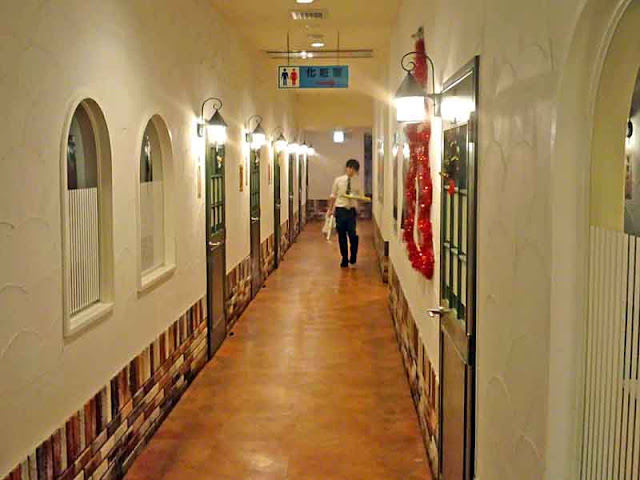 Waiting for all the rest of the family to show, I gave myself a tour.

All the rooms in the hallway, looked the same, to me; you could get lost in there.

Once, we got our reserved room, I counted the doors, from the front desk, to my room.

It's important, to know your way to and from the toilet if, you start drinking too much ! 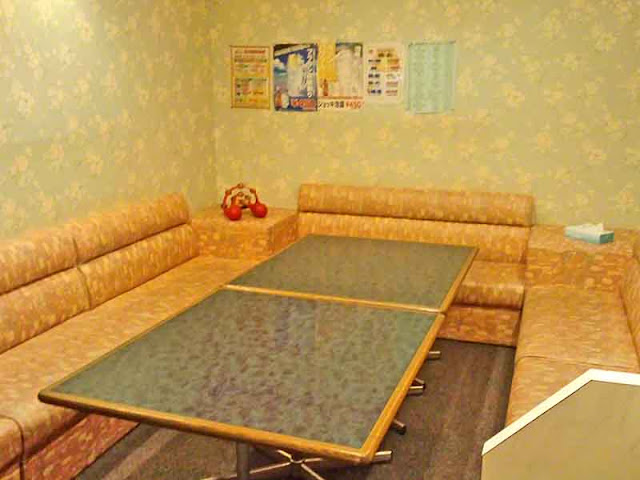 The room, we would be in, holds about twenty guests and, there were eighteen of us.

Not pictured, are the two karaoke TV screens and the telephone, for ordering stuff.

This photo was taken, across the isle from our room so, nothing would be moving.

The camera was, my cell phone, which isn't ideal for any type of photography IMHO. 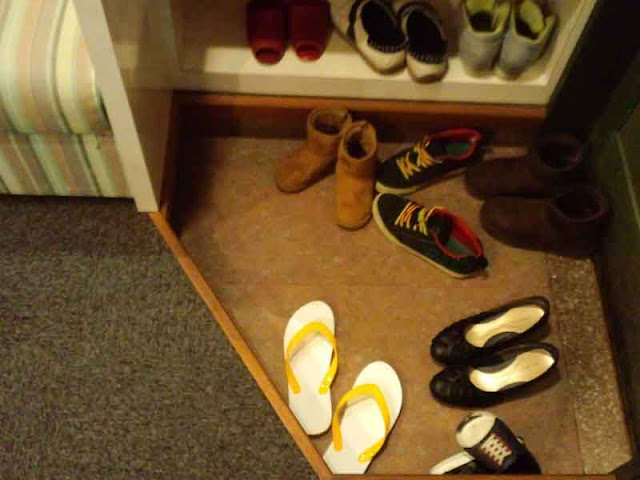 In one of these fine establishments, your shoes are kicked off and left at the door.

Some people stack theirs up on the shoe shelf, I keep my flip-flops handy.

There would be ten grandkids and eight adults bouncing around in there.

Massive quantities of food and alcohol would be consumed from 6-10PM. 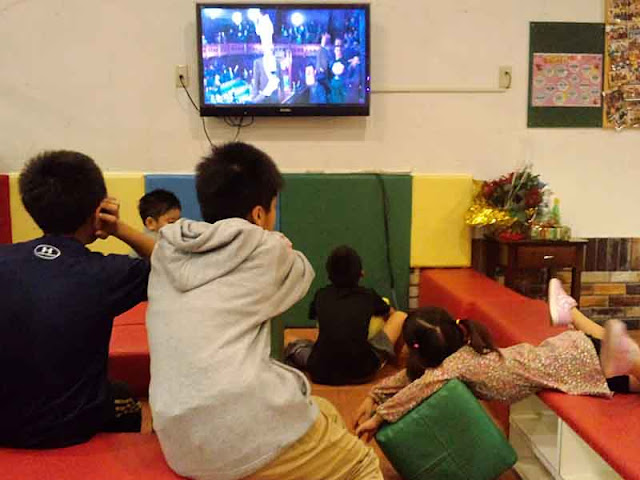 The children do most of the singing and dancing, for the first hour or, so.

After awhile, they get restless and, go out near the front desk to watch movies and play.

Then, the adults, practically have the whole place to themselves, the reckless Abandon stuff.

It was good, in some respects, not to have to be the cameraman for this event.

But, my eighteen year old granddaughter, seems to be interested in learning the trade. 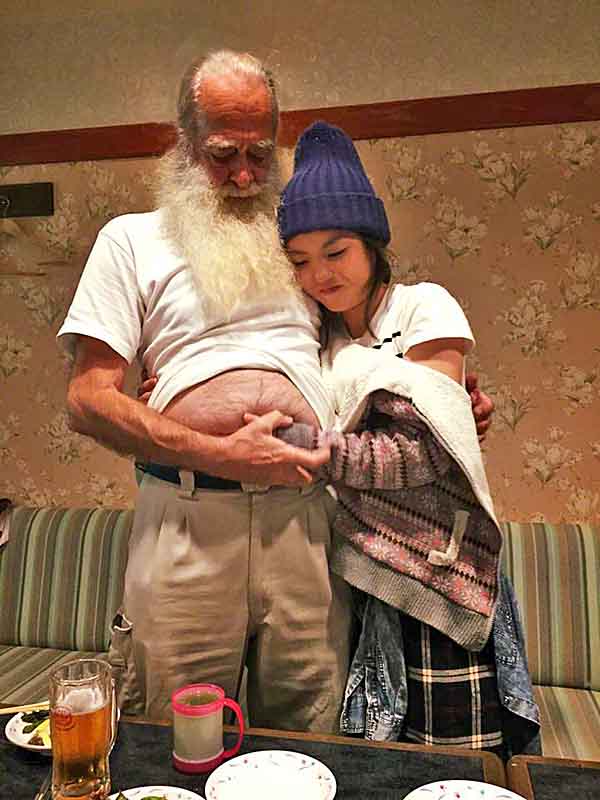 She nabbed this photo of the daughter-in-law and, I having a tender moment.

We were checking to see if, my Orion Beer Baby has started kicking, yet.

No drastic movements were detected but, it does gurgle and burp, every now and then !

Because I, have always been out shooting events, I had never attended this annual function before.

It was such a blast, I told the wife, to mark my calendar, way in advance next year.

That's because, I never want to miss a bonenkai with the family, again !


More About Bonenkai in Japan:

Japan Times: Bonenkai season a blast for some, drag for others

Posted by RyukyuMike at 7:00 PM

Mike-San, your best documentary yet. It's all about family at our age. Good on ya.