Experiment with the Camera Settings

It's a little confusing for beginners, to learn about aperture and, how it works.

Sometimes, I get foreigners, asking me to explain and, I needed to figure out an easy way.

On a windy, wet day, I decided to go out and take a few photos, to help with my description.

Under the shelter of a carport, some sample images were created. 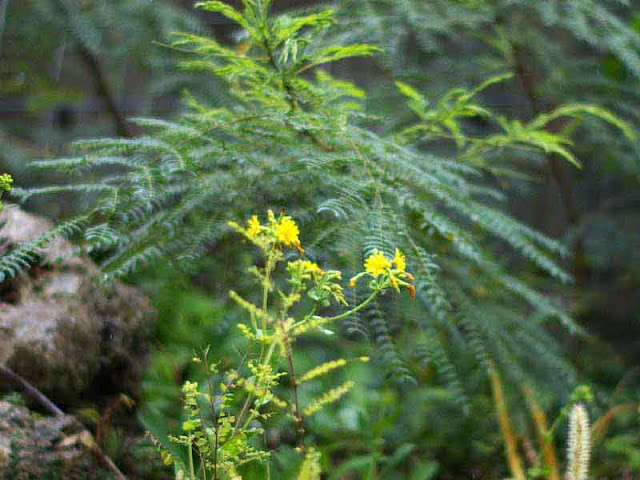 What seems to confuse everybody is those F stop numbers, we use when talking cameras.

They think, it sounds like speed limits and, the higher the number, the faster you go !

But, it's the other way around so, here's how, I'll try to explain it.

Aperture, is a number that tells you how much light is entering your camera lens.

When there's not much light available, you need to use a smaller aperture number.

That way, more light gets through the lens and, you can shoot at faster shutter speeds.

The image above was taken using an aperture setting of f/1.8.

There are some yellow flowers in a rock garden, ferns in the background and, grain on the right. 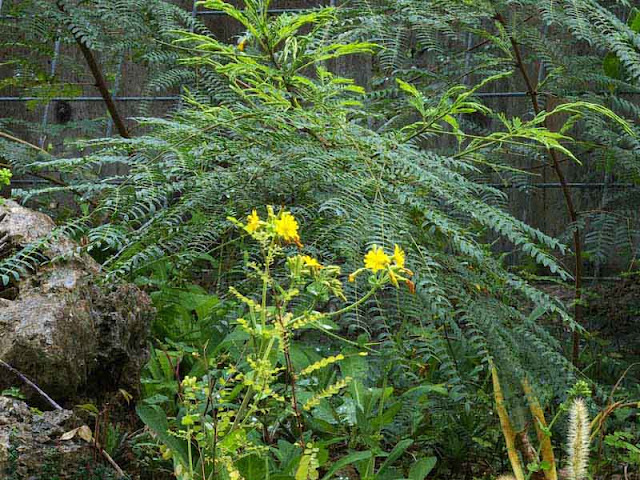 When we only let one sixteenth of a cup of light (f/16) enter the lens, things change.

In photography-speak, we call that, "Stopping Down" on the lens.

Not as much light is getting into the camera and, shutter speed is much slower.

But, look how much more detail, we have in the image, now.

The focus, on both photos, was on the yellow flowers.

Now, the background and, foreground look different if, you take a close look.

Some wire mesh, is visible behind the ferns.

And, the rock has more detail, as well as, the grain of the weed, in the right side of the frame.

The distance between the camera and the subject has an effect on the image.

And, the distance of the subject, from the background, does, as well.

This comes in handy, when you want to eliminate distractions or, blur the background.

Play with the aperture settings on your camera and, just remember one thing.

The higher the number, you use, the less lighting is entering your lens.

Aperture settings, let you be more creative with your photography and, you should use them.

Somebody swiped my cup of beer. I have to get outta here !

More Photography Tips
Posted by RyukyuMike at 3:30 AM