Treasures in the Gold Hall Cafe

Here are a few photos of the works of art to be found, down inside this cave.

A few of us, took the cameras and, visited yesterday, to take some shots, out of the sun. 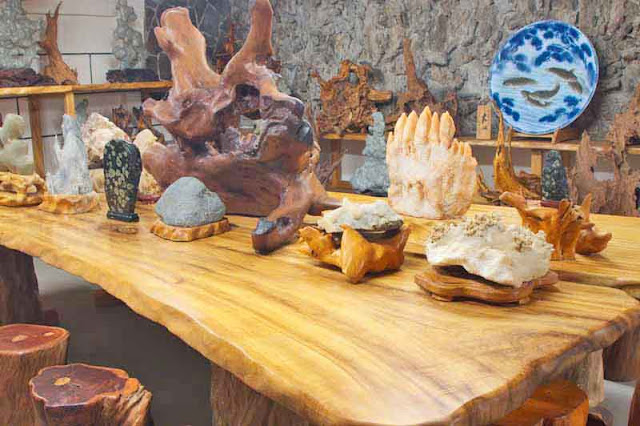 Most visitors, pay their entrance fee and, tour the caves first.

We were hungry so, ate like kings at the dining hall then hiked through the attraction, later.

It's a great way to burn off some calories because, you go up and down lots of stairs. 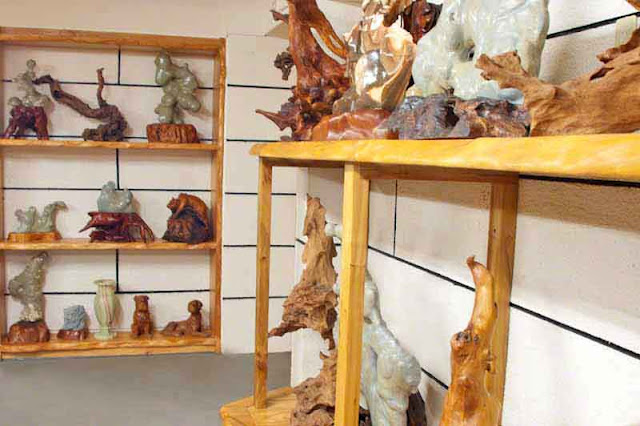 Some of the cave exists of finished rooms, lined with shelves,

They have pottery, driftwood, wood and stone carvings, all kinds of artworks. 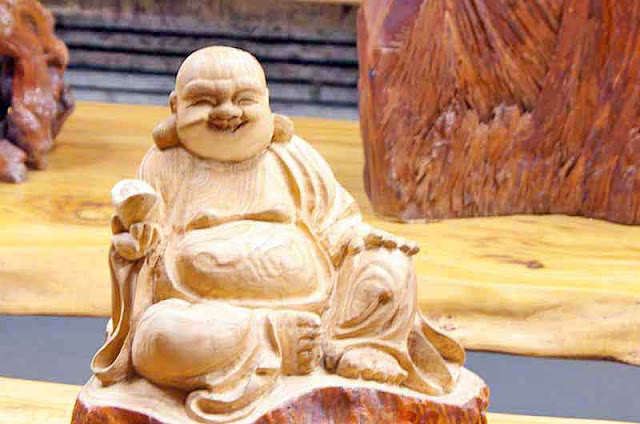 Just in case, you were wondering, I don't know much about art and, stuff like that.

But, I'll bet you ten dollars, that statue on the table, is a Buddha ! 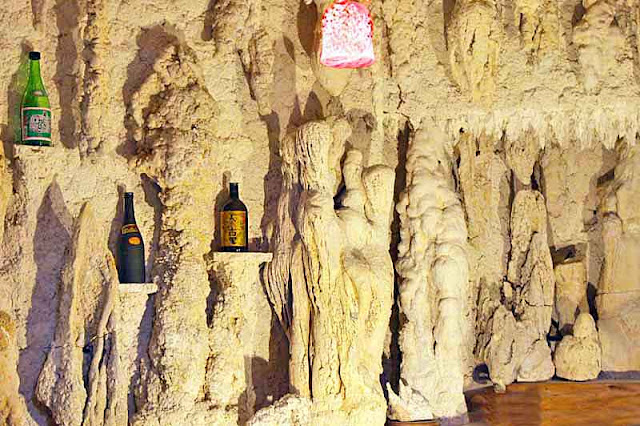 Here's something, I know lots about. It's a bar scene, from the caves.

There's some sort of red, hanging lighting and, sake (awamori) bottles, on the wall.

If you keep getting confused over stalagmites and stalactites, I'll help you.

Just remember, stalactites, are the ones, you keep bumping your head on.  I do, anyway. 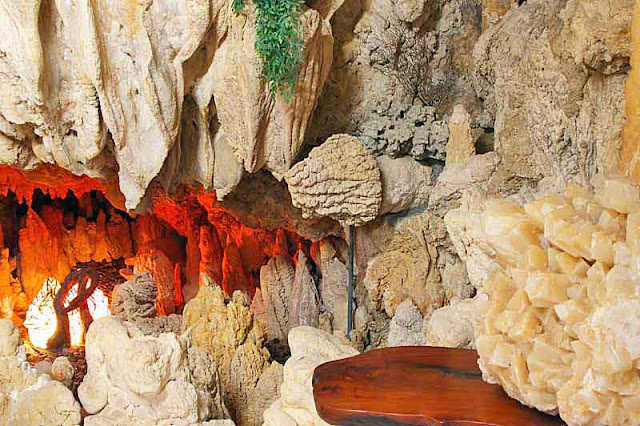 There's a little babbling brook, over where the stalactites are hanging.

Being, it's right near the bar, I imagine the table is a place to set your drink, while drawing water.

Over past the crystals, on the right, that penis-looking thing, doesn't look natural.

It's probably some sort of warning, for the ladies. Don't wash your hair in the spring ! 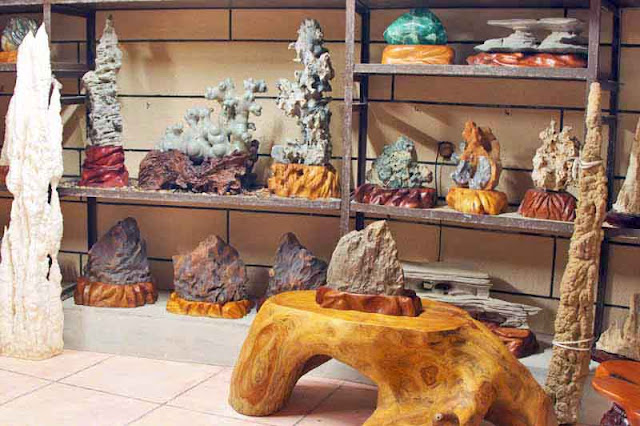 Here's another view of, the finished, part of the cave, with blocks and shelving.

They made this place so, you won't slip on any wet floors, touring the caves.

So, it's pretty much, high heel and flip-flop friendly and, safe for children. 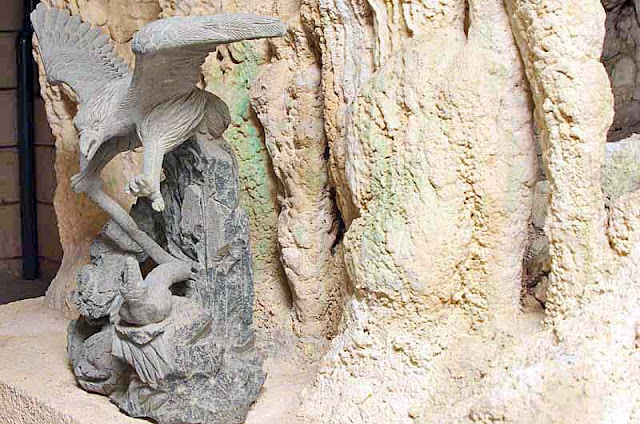 This eagle, grabbing a snake, statue is at one of the cave, exits to the outdoors.

So, there's some natural daylight, shining from the right side of the photo.

Believe it or not, you can get lost, going on a tour through these caves.

They give everybody a map, when, you pay to go inside but, we didn't think we needed them.

Doc and I, have been through this cave, several times.

So, we folded our maps and stuck them in our pockets because, men don't need maps.

But, once we got lost, the maps came in handy ! 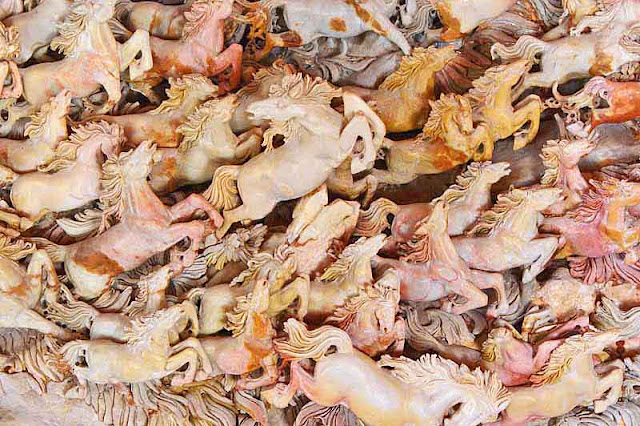 This stone stampede of horses, has to be worth a million dollars, by itself.

What, you're seeing, is just a sectional shot; it must weigh a ton, if you could pick it up.

If any crazy billionaires, out there, wanna buy some of this stuff, look me up.

The gal, who owns this place knows me and, maybe, we could play Let's Make  Deal !

Photojournalism: The Ups and Downs

Fascinating place! Wonder what the history behind it is

Okispice,
An article, in English, was done about the history of the place. Looking online, I couldn't find it. Maybe, I read it in a local magazine. I'll keep digging, as time permits. Then, might do an update for ya.