Then and Now: An Okinawan Sweetheart (Photos) Yup, I got her permission.  Nope, I ain't givin her name away.

Here is a photo of this gal, I met up in Bise Okinawa, Japan.

It was taken, probably, before colored film became popular and maybe, before it was even invented.

Let's just say this picture is from way back then. 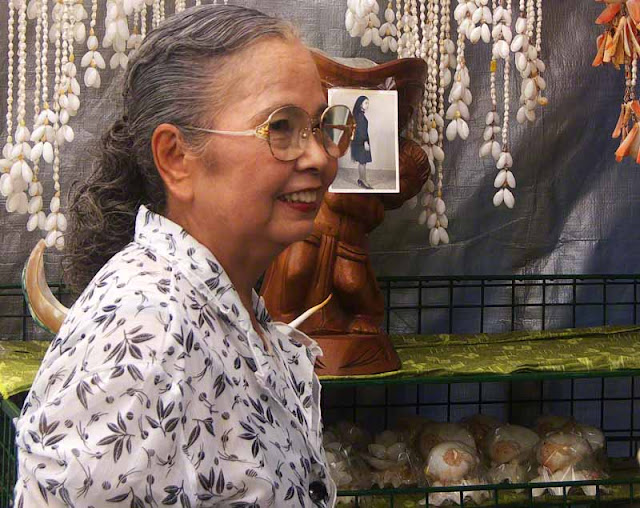 And here's a photo of the little sweetheart now.

You know, a gentleman doesn't ask a lady her age.  So, I did.

But, I aint givin that away, either.

Let's just say somewhere around ahem, ahum, not any younger than me. 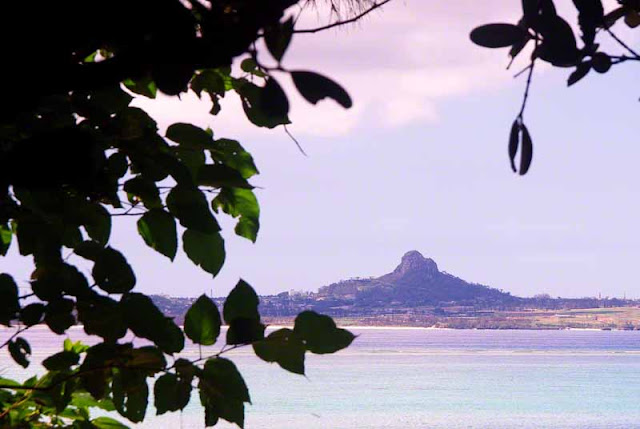 See the island in this photo?

That'd be IeShima.  It's the island I went to for the Easter Lily Festival.

The gal in the photos above modeled for an airline poster with that island in the background.

That was way back then.  She promised to go and strike the same pose for me at the same location for a Then and Now Series I'm putting together.  Wouldn't that be cool?

Whaddya Think I Called Her A Sweetheart For?

Posted by RyukyuMike at 9:35 PM

Sweetheart indeed!! She is a nice lady. Recommend people go to her Shell shop.

Will be posting it soon if people want to say hello. She has some neat ornaments.

Ru,
Hurry and post it. Then, hurry and get yer bones back here; I need a ride!

I thought she was your wife Mike??

Ryan,
Nah. She thunk I was some kinda Neanderthal. I told her I'm Irish and a poor man. If I ever make enuf money with my cameras, I might take a vacation and visit Neanderthal, though. It' somewhere over in Europe, aint it ?

I love Then and Now series! So totally cool. She looks like such a nice person!

Alison,
Yes, she is a treasure. I don't go up to visit Bise very often but, whenever I do it's almost a routine, to stop by and visit her shell shop.