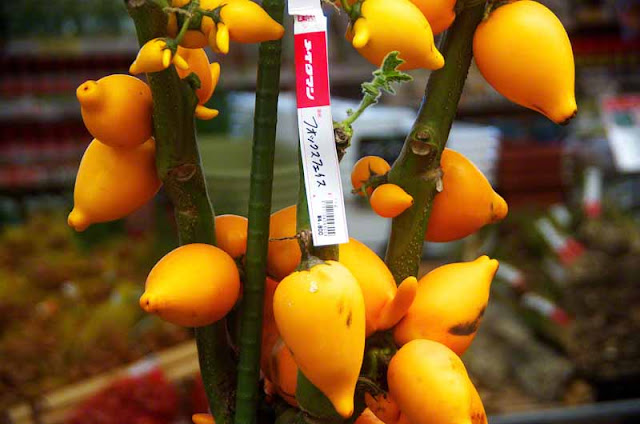 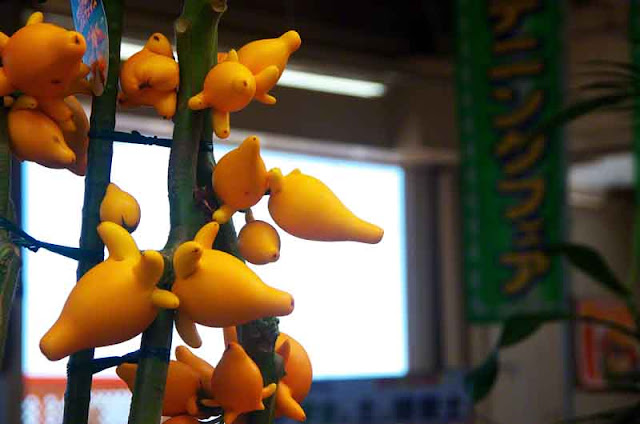 So you could get a good look at them, I shot photos from different angles. 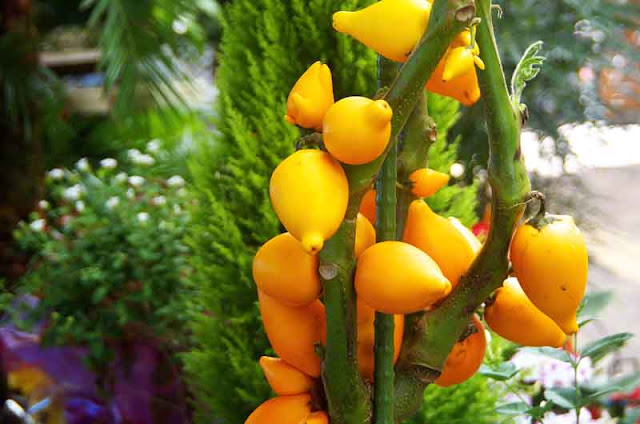 Nobody walking through the Lawn and Garden Center knew what kind of plant it was when I asked them.
So, I decided to ahem, ahum, reposition the price tag which had a name on it. 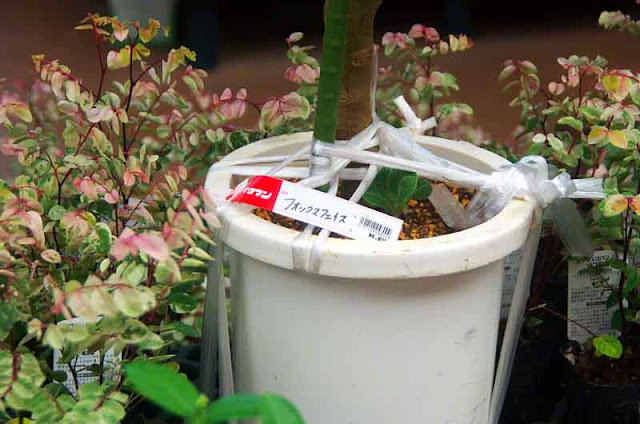 That wasn't exactly a good composition for a photo so, I decided to reposition it, again. 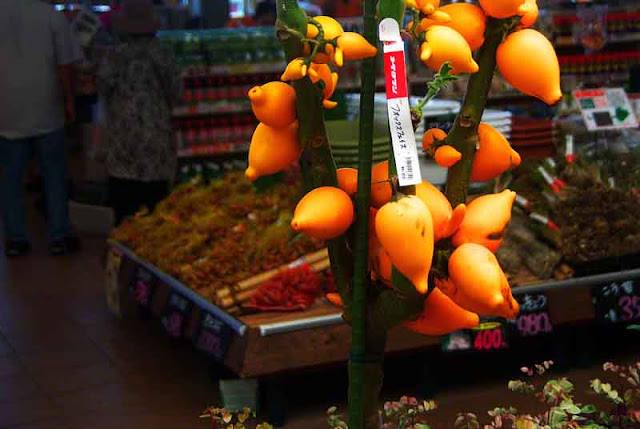 My plan, after I took this photo with the Japanese name, Fox Face on the plant, was to put the sticker back where I originally found it.  Sometimes, plans just don't happen.

This was one of those times.

I GOT CAUGHT TAKING PHOTOS WHERE PHOTOGRAPHY ISN'T ALLOWED !

You'd think I was some sort of criminal, or someone doing industrial espionage.  Groan.

So, thinking real fast while I was shaking in my flip flops, I showed the guy my camera and said "Watch.  I'll DELETE, Gomenasai ( I'm sorry )" and a buncha other stuff.

Anyway, while the camera was downloading, I did my research on Fox Face.

An Anthropoligist named Jared Braiterman has a website called

He talks about the plant and says people decorate their homes with them.

Sure enough, he has a photo of the plant and it looks like my photos.

They call the plant Fox Face because somebody decided that's what the fruits look like.

Well, there wasn't a scientific name for the plant on the Tokyo site so, I dug a bit further.

WIKIPEDIA TELLS ME THIS:

But, whackos in other places around the world call the plant:

Udder than that, I have nothing more to tell you about the Solanum mammosum except, if I ever decide to photograph them again at the DIY store, I might ask for permission first !

They are pretty cool! Glad they didn't cut your hands off or something haha.

Alison,
Hah! Before I left the store I had they guy laughing, bowing and shaking hands with me.

Did you ever get a chance to taste one after wards? I'd be curious to know how they taste like. They do look suspiciously like something else :)

Sherry,
Nope, didn't try eating any. I think they're poison. By the way, you correctly ID'd the mushrooms. Check that post. I left a messsge for you.